Scott, Sir Peter - Seeking some kind of magic which could be exploited to bring wildfowling success 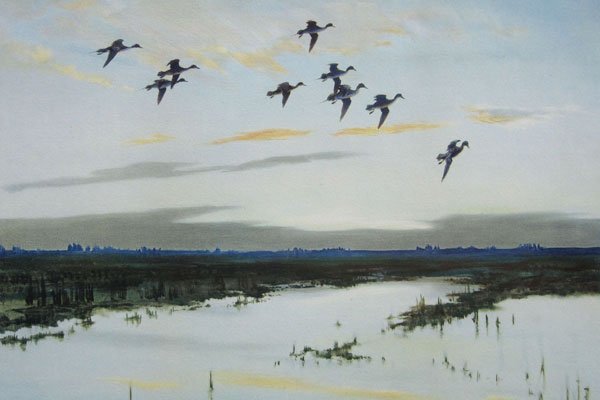 Wildfowling was a new subject for my drawing and painting.

Hitherto of course I had drawn birds in not much greater numbers than I had drawn other kinds of animals. There had been line drawings of ducks and geese in the book that we had published at school. But now I found a new delight in painting the birds that I spent so much time pursuing.

My pleasure was to recreate the tense excitement that I felt when I was out on a marsh, recapture some of it each time that I looked at the picture, and convey some of it to those who had shared the experience. If those who had never seen the birds flighting at dawn and dusk and under the moon also happened to like the pictures, that was purely incidental and of no significance to me.

Basically I was painting on the roof of my cave just as the Cro-magnon hunters had painted their quarry on theirs.

Perhaps, like them, I was seeking some kind of magic which could be exploited to bring wildfowling success if the paintings were good enough.

Being left handed
Communing with nature