Scott, Sir Peter - Catching a badger with an umbrella

Not a badger, but Peter with one of his many animals 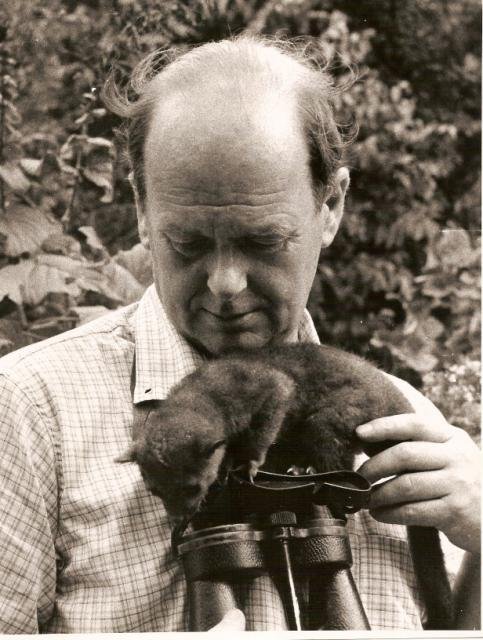 It was on a day when thunder threatened that we encountered the badger, and caught it in an umbrella. I do not suppose that many people either before or since have caught a badger in an umbrella; indeed I would hazard a guess that I am the only person who ever has caught a badger in an umbrella.
I was walking home from the Lauterbach as the great cumulus clouds gathered at the head of the valley. The fish had not been rising and I had given up fishing and bathed instead. Over one shoulder was a damp towel, my trout rod over the other, and hanging on my arm was an umbrella against the threatening storm. 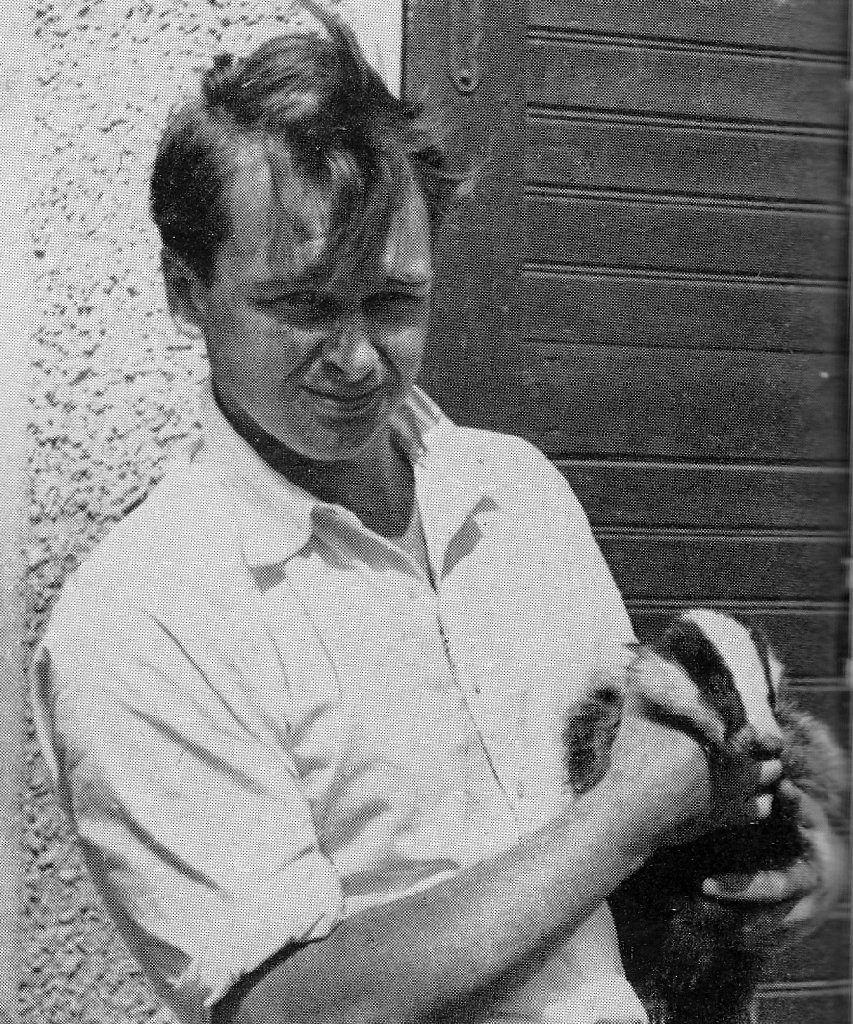 It was tea-time and I was thinking of the mountainous plate of wild strawberries topped with whipped cream which would be waiting for me at the Gasthof. Crossing a recently cut hayfield I came towards one of the little wooden huts in which the hay is stored in most of these Alpine meadows. As I came round the corner of the hut there, sitting right out in the open, was a baby badger.

The moment he saw me he started to run for his sett which was actually underneath the hut, and thinking it would be interesting to have a look at him, I jumped to head him off. We both had about ten yards to go, but as I went I had a brainwave: I pushed my umbrella about half-way open and blocked the hole with it.
The badger finished a close second and went full tilt into the umbrella. It was a well-grown baby and it looked quite savage down at the bottom of the umbrella, so I wrapped my bathing towel round my hand and gave it to him to bite. He seized hold of it and while he was busy biting it, I picked him up with the other hand and had a good look at him. Then I thought I would take him back to show the others, so I carried him back to the inn.

As we went he spent the time alternately biting my towel-padded hand and rolling himself up into a sort of ball, almost like a hedgehog.
After tea we decided that he was altogether too old to be tamed, but the thunderstorm was upon us and we decided to keep him overnight in a box in the garage. Next morning we found he had eaten a large plate of bread and milk, and escaped from his box, but he was still in the garage and still as ferocious as ever.

I carried him back to the little hut by the hayfield and popped him down his hole. Then I listened. I heard the rumble as he ran down and then a great babel of grunts and squeaks. Greetings, scoldings, recriminations ? Who knows what treatment a young badger can expect from his family after a night out ?