Ruzbihan Baqli – The Unveiling of Secrets – Riding with the Prophets 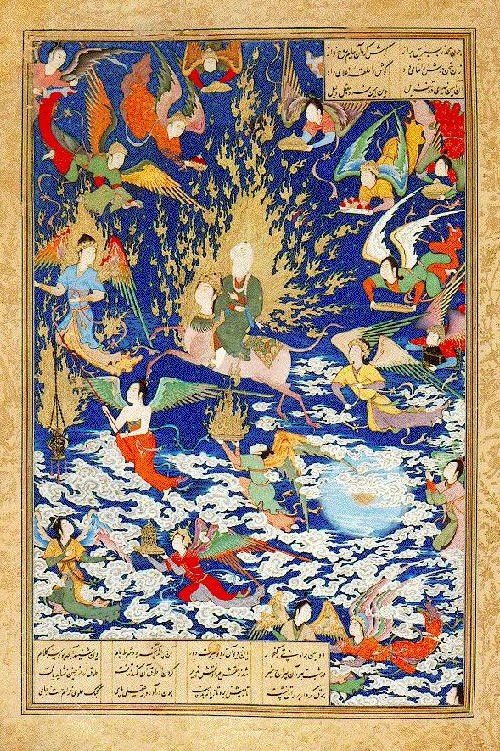 54. Riding with the prophets

I saw our Prophet, all the prophets and messengers and all the saints, riding on camels, and I was riding to the right of the prophet.

I saw upon them clothing of gold and pearl. It was as though they were in single file, speeding through an atmosphere like the pure red gold in the centre of a flame.

I saw Gabriel leading the people like a dove in the air.

It was as though they were talking to one another, hurrying like soldiers at the time of muster. I recalled my companions and summoned them, and I saw them, according to the power of their states, both near and veering far, and I turned aside.

There was one who rode behind me, wearing clothes as though they were of blue light; I never saw the like of it. He made his horse catch up to me, holding the horse’s reins in his hand in the most beautiful way, and he talked with me