Bootes is variously designated as the Herdsman, the Ploughman, the Ox Driver, or the Shepherd.  This is not terribly helpful as symbolically a shepherd is not a ploughman or an ox driver.  If you look at the symbol meanings you will see why.  For obvious reasons, the ox became a symbol of sacrifice, suffering, patience, and labour.  In Greece and Rome it was regarded as an attribute of agriculture and of foundation laying and so by extension was the yoke.

The overall symbolic meaning we feel is closest to the shepherd and in those countries without sheep it would indeed be a herdsman. 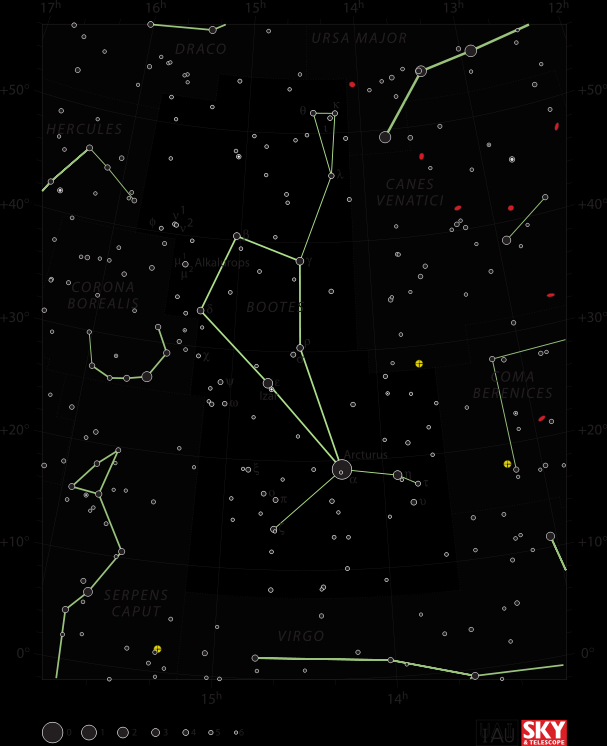 Boötes  is a constellation in the northern sky, located between 0° and +60° declination, and 13 and 16 hours of right ascension on the celestial sphere. The name comes from the Greek Βοώτης, Boōtēs, meaning "herdsman" (literally, "ox-driver"; from βοῦς bous “cow”).

One of the 48 constellations described by the 2nd-century astronomer Ptolemy, Boötes is now one of the 88 modern constellations. It contains the fourth-brightest star in the night sky, the orange giant star Arcturus. Epsilon Bootis, or Izar, is a colourful multiple star popular with amateur astronomers. Boötes is home to many other bright stars, including eight above the fourth magnitude and an additional 21 above the fifth magnitude, making a total of 29 stars easily visible to the naked eye.

In ancient Babylon, the stars of Boötes were known as SHU.PA. They were apparently depicted as the god Enlil, who was the leader of the Babylonian pantheon and special patron of farmers.   Boötes may have been represented by the foreleg constellation in ancient Egypt.  According to this interpretation, the constellation depicts the shape of an animal foreleg.

Boötes as depicted in Urania's Mirror, a set of constellation cards published in London c.1825. In his left hand he holds his hunting dogs, Canes Venatici. Below them is the constellation Coma Berenices. 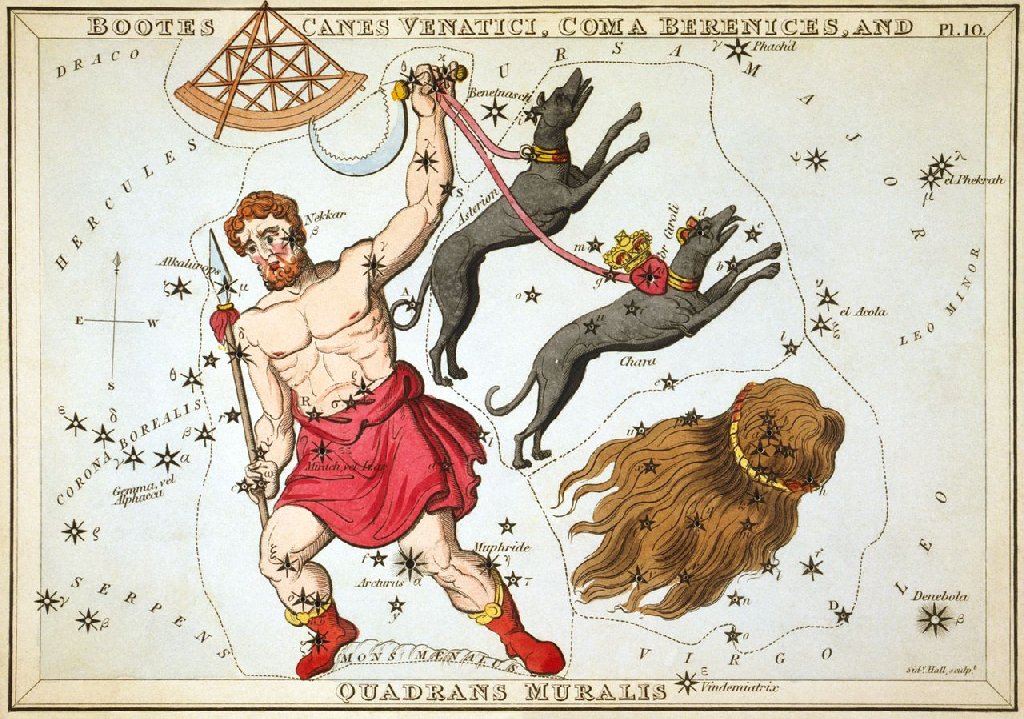