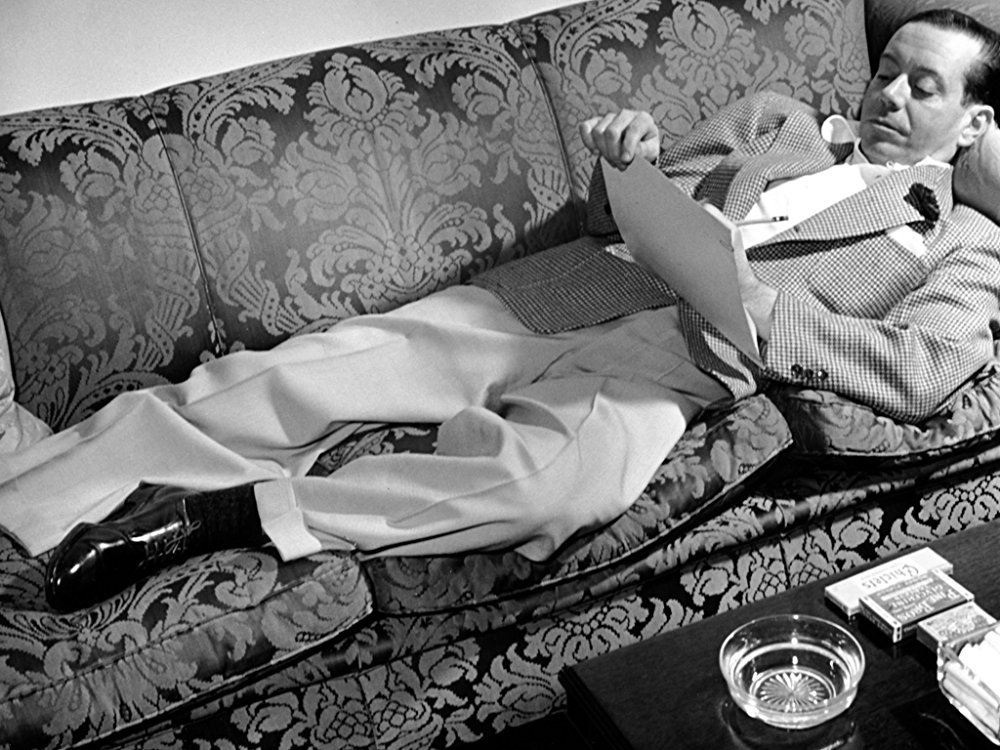 The song Night and Day came from Fred Astaire's last stage show, Gay Divorce (1932).  Despite mixed press (some critics were reluctant to accept Astaire without his previous partner, his sister Adele), the show ran for a profitable 248 performances, and the rights to the film, re-titled The Gay Divorcee, were sold to RKO Pictures.

Fred Astaire’s recording of the song with the Leo Reisman orchestra was a No. 1 hit, topping the charts of the day for ten weeks. He performed it again in the 1934 film version of the show, and it became one of his signature songs.

According to Wikipedia  “Porter was inspired by an Islamic prayer when he visited Morocco. Another account says he was inspired by the Moorish architecture of the Alcazar Hotel in Cleveland Heights, Ohio” !  How they work this out we do not know.

Given the words and underlying imagery inherent in Porter's song, as well as his known liking for men who were actually taken or not up for grabs, as it were, the explanation that this was inspired by unrequited lust seems more plausible.

From No Minor Chords – Andre Previn
Cole Porter, whose involvement with ladies was a lot less vehement, wrote genuinely passionate songs. There are many references, oblique as well as direct, to carnal love, and the lyrics make many passes at physical intentions. Alan [Lerner], in contrast, whose life was a cauldron of entanglements, wrote about romance from a sweet and lofty plane.

Porter much later cooperated in the making of the film Night and Day (1946), a largely fictional biography of Porter, with Cary Grant implausibly cast in the lead. The critics scoffed, but the film was a huge success, chiefly because of the wealth of vintage Porter numbers in it.   Cole Porter’s friends thought the film “hysterically funny, knowing the divide between fact and fiction. The movie overlooked Porter’s overly pampered and controlled youth, his notorious gay life and his sexless but not loveless marriage; instead it lent credence to the tall tales Cole spread about himself, such as his (fake) war record and injuries. According to friends, Cole enjoyed the movie's wildly fictional account, and he especially savoured having Cary Grant play a heroic, straight version of himself. “

It was difficult choosing an interpretation of this that matches what we believe to behind this song, which is brooding lust, so we have provided two versions – one the conventional and then Diana Krall.  We’re not quite sure Fred Astaire [bless him] was in on the joke.

Like the beat beat beat of the tom-tom
When the jungle shadows fall
Like the tick tick tock of the stately clock
As it stands against the wall
Like the drip drip drip of the raindrops
When the summer shower is through
So a voice within me keeps repeating
You, you, you

Night and day
Under the hide of me
There's an oh such a hungry yearning burning inside of me
And this torment won't be through
Until you let me spend my life making love to you
Day and night, night and day