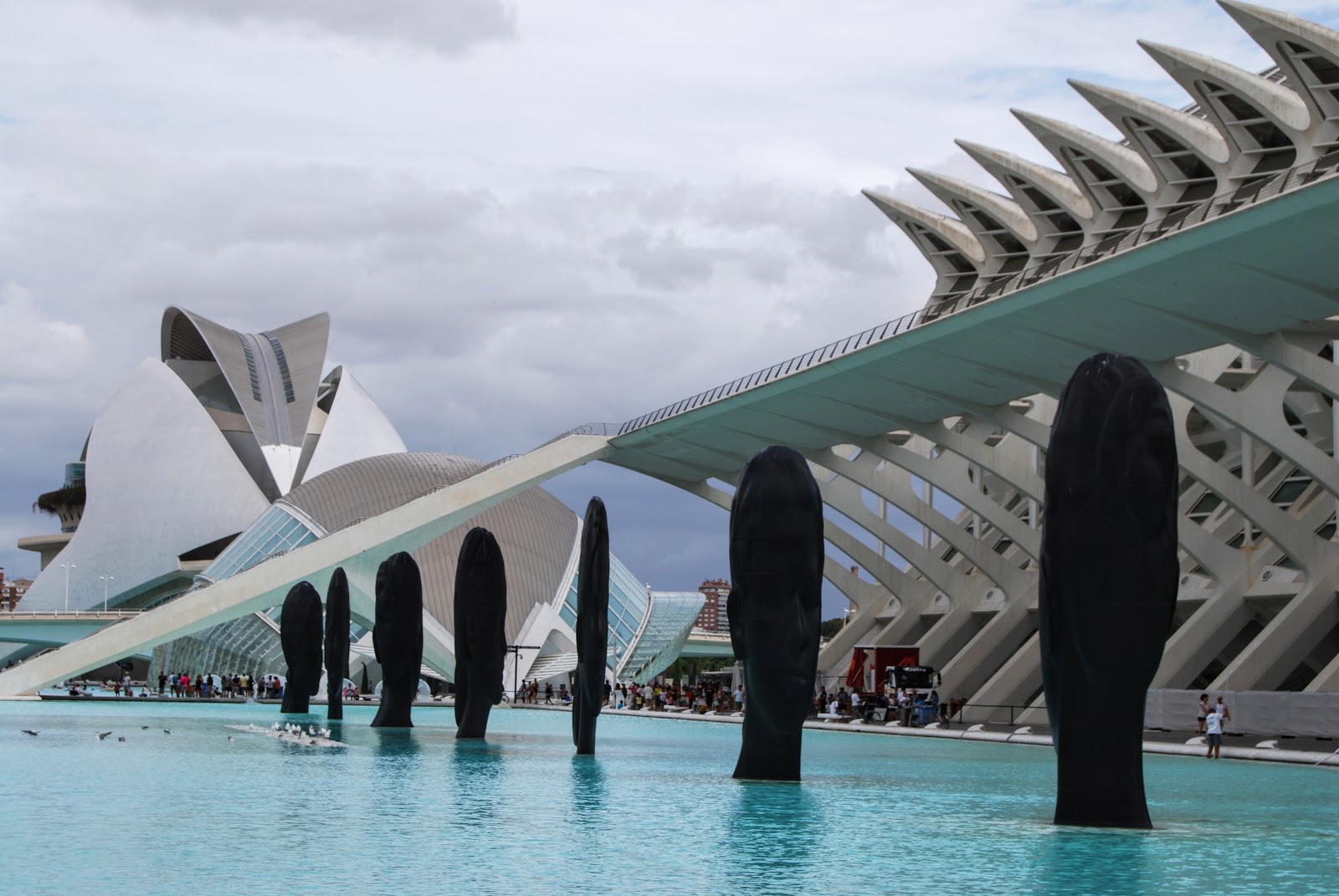 Las Provincias was installed around June 2019 in the central pond of the Principe Felipe Museum in Valencia.  The exhibition was promoted by the Hortensia Herrero Foundation.  It consisted of a series of giant female heads surrounded by the water of the southern lake of the complex designed by Santiago Calatrava.

There are seven heads in total, each is looking a different way to emphasise the flatness of the sculptures – and the dual nature of all form.  The implication being that the heads are form and the water contains the spirit functions that animates them

The Ciutat de les Arts i les Ciències exhibition was one of the more ambitious exhibitions of Jaume Plensa .  It was the last in a a trilogy of exhibitions that the Hortensia Herrero Foundation began in 2017 with the Valencian Manolo Valdés and continued a year later with the British Tony Cragg. 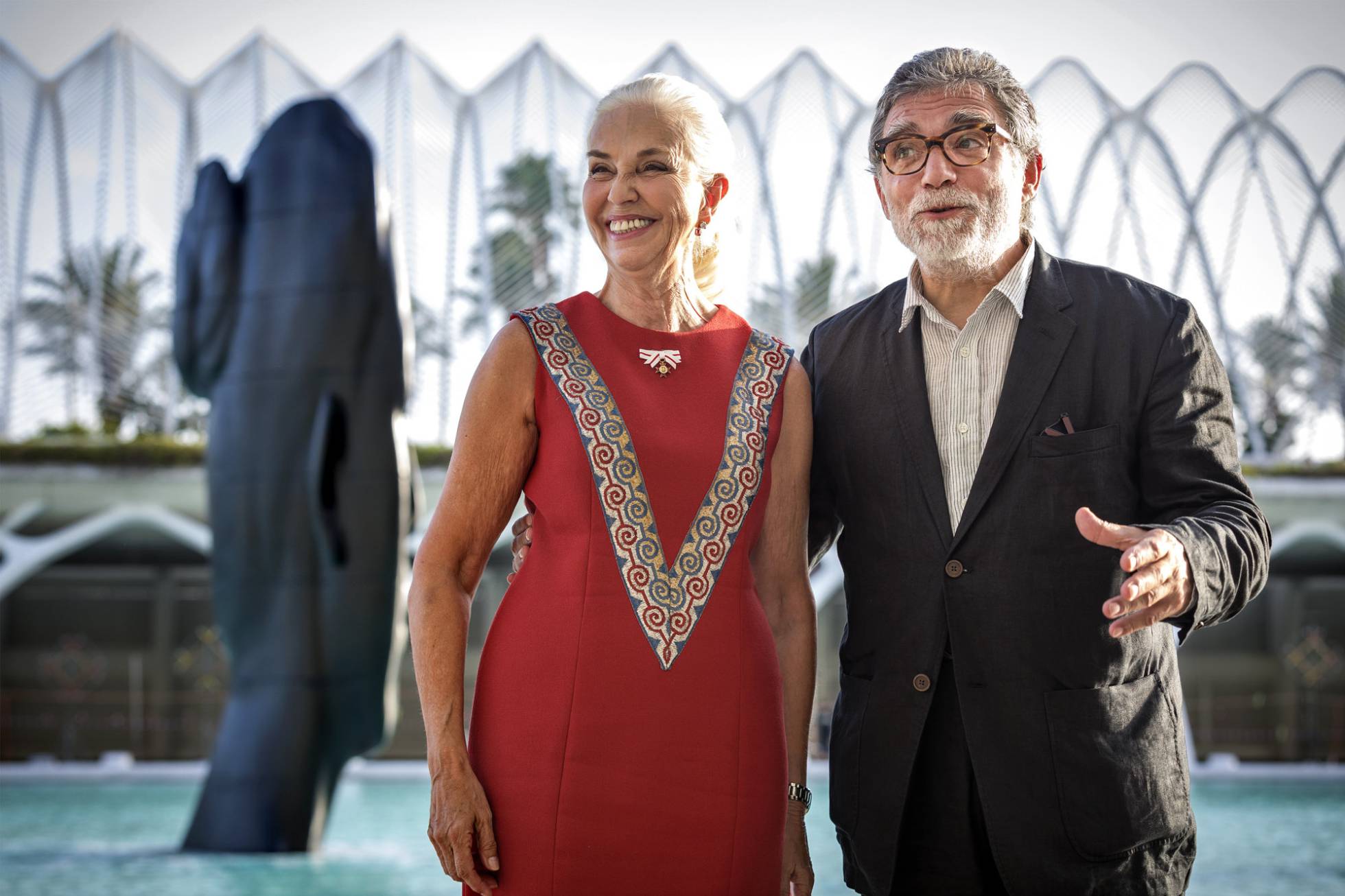 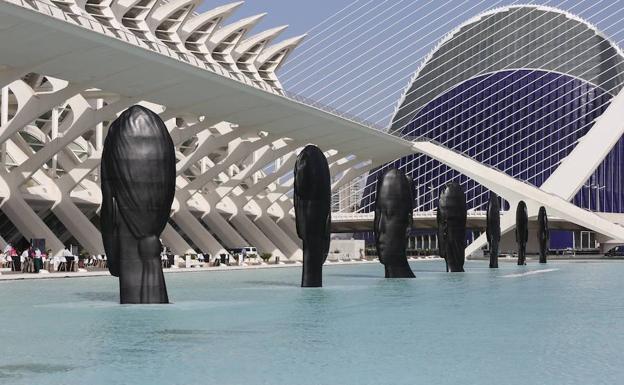