Lifestyle before the kings 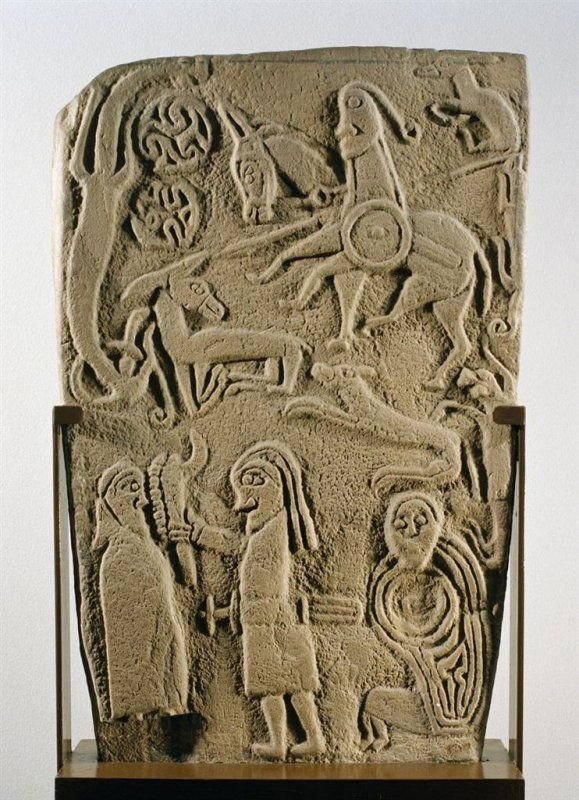 The Picts lived a mixed life of hunting and gathering coupled with some farming.  Scotland was and is a land of mountains and undulating pasture land, moorland and lochs, with rivers and a very extensive rocky coastline to the west with a sandy coastline to the east.  It once had a great deal of very beautiful mixed woodland, remnants of which still exist in places where the growing of pine trees for profit has not obliterated it.

Evidence shows that at one time the lochs and rivers were full of fish, the marshes and lochs full of snipe and ducks , swans and wild geese, and the heather moors and woodland full of deer, wild dogs, boar, goats, sheep, wild cattle, wolves and bears.  Over time the sheep, cattle, dogs and goats were domesticated.  Cattle were kept for milk and bull calves for food.  Middens full of shells and the bones of salmon, sea bream, haddock, eel, ray, skate and even shark show that they had a very varied nutritious diet and ate well.

In Search of the Picts – Dr Elizabeth Sutherland
Travelling light they could move inland or to the coast in a few hours according to their knowledge of where and when fruit ripened, the herds gathered, the shoals were heaviest or the cliff nests full of eggs.  With such a variety of resources they could have existed here for many generations

They employed a form of agriculture in which trees were felled, the undergrowth slashed and burned and then the ground cleared of stones and boulders on a permanent basis.  There is evidence of the growing of a primitive wheat called emmer and a kind of barley from very early times.  Vegetables grown included kale, cabbage, onions and leeks, turnips and skirret

The regular abundant nutritious food supply meant there was time and energy left over to make extra pots, axes, bone and antler tools, and so on, to trade with others.  Wool gathering and weaving, the treatment of skins and furs for clothing were also practised.  Shell bone and amber beads were made, jet toggles and buttons, as well as bone pins and weapons, tools, pots and jewellery were skilfully decorated.

It is worth emphasising that this pattern of peaceful farming life predominantly based on cattle and laid down in the time of the Ancestors was to survive with little change until the glen clearances and enclosures that followed the disaster of Culloden in the 18th century.  Pictish society was solidly based on its farming community married with its belief system – one could argue that it still is today.

After the introduction of kingships 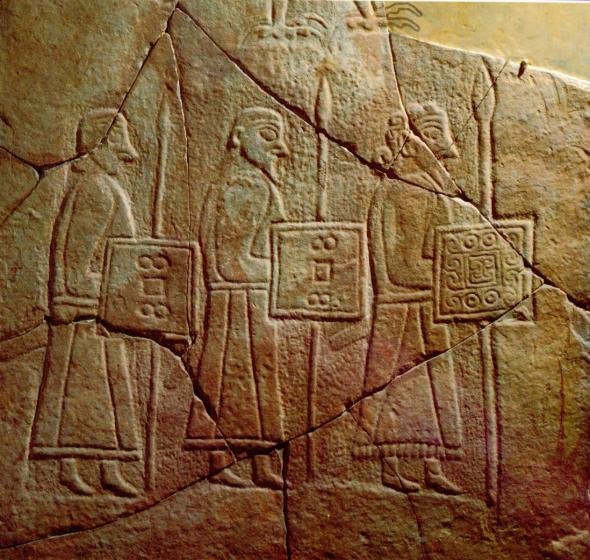 Many of the minor characters on Pictish carved stones reflect both the feudal hierarchy and by extension The Minor Arcana of the tarot cards [the 56 suit cards of the 78-card deck of tarot playing cards], except for the court cards (or courts)—prince and princess, knight, queen, and king.  They reflect the position AFTER the matriarchal system was abandoned and kingships introduced.

The Roles here include farm workers [rather condescendingly called peasants in some descriptions];  merchants; craftsmen such as potters or metal workers, weavers or leatherworkers, and the general military other than the knights.  There are also pages, maids and servants to the king and queen.

The Minor Arcana comprise four suits with 14 cards each. [The remaining 22 cards in a tarot deck are the Major Arcana. ]

Each suit corresponds with an Element in the Tarot. 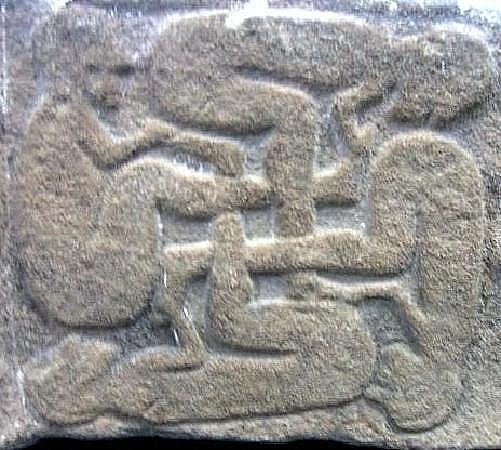