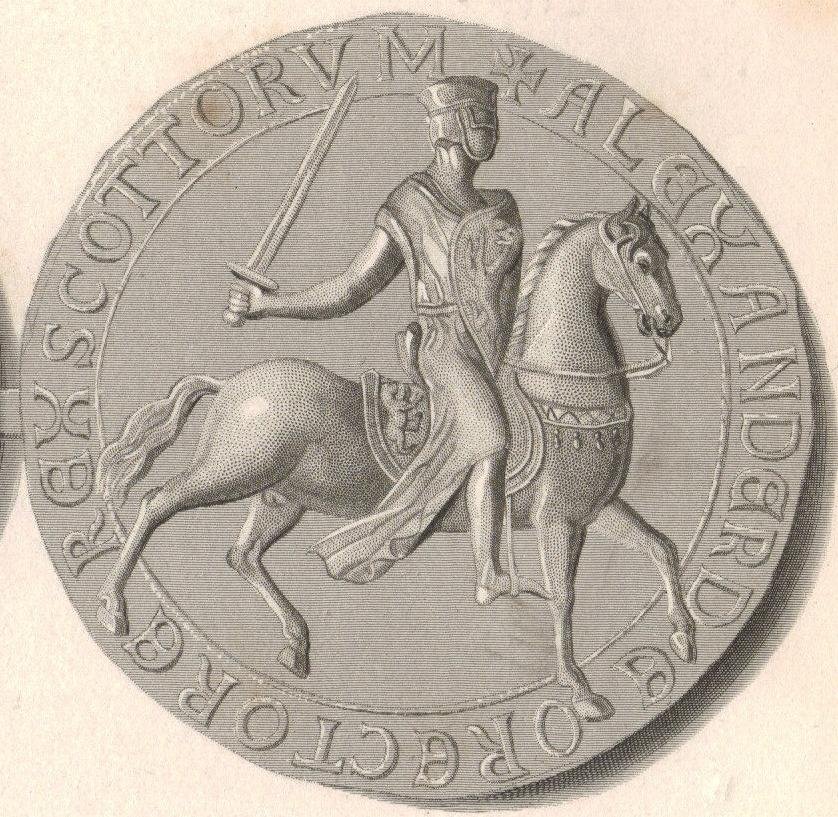 Despite the somewhat fanciful  names given to this stone, it shows a King surrounded by Heraldic Lions.

One of the names is the ‘Guinevere stone’ and another ‘Queen Vanora’s’ stone – which, considering the figure has a beard, is somewhat comical.

Presumably those who would wish to make money from inventing a myth surrounding the stone, failed to notice the beard and assumed the audience would not know that men wore ‘skirts’ in those days – and indeed still do as we see in the kilt.  The coin to the left shows King Alexander II of Alba [with a lion on his shield].

The meaning of the lions’ heraldic poses can be found by following this LINK which takes you to Wikipedia and a most helpful article on heraldry.

There are no lions rampant, but there are lion passants, and possibly one lion statant. [Although this may be more to do with the erosion on the stone, it makes more logical sense to have them all passant].The term 'lion rampant' actually refers to the positioning or attitude of the lion. A rampant lion is shown as a profile of a lion standing upright (on one or both hind legs) and the forelegs are raised, claws unsheathed, as if to strike. 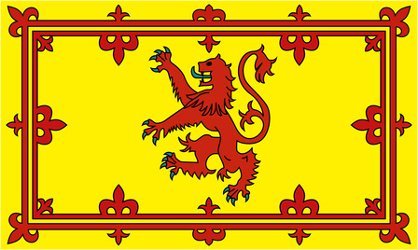 All the different postures are variations on the tarot card for Strength.

This stone is very special, because historians appear to believe that the earliest recorded use of the Lion rampant as a royal emblem in Scotland was by Alexander II in 1222; with the additional embellishment of a double border set with lilies occurring during the reign of Alexander III (1249–1286).  But this stone shows that lions were in use well before it became ‘offical’.  The Lion rampant was originated during the reign of Malcolm III (1058–1093), clearly other lions were also in use. 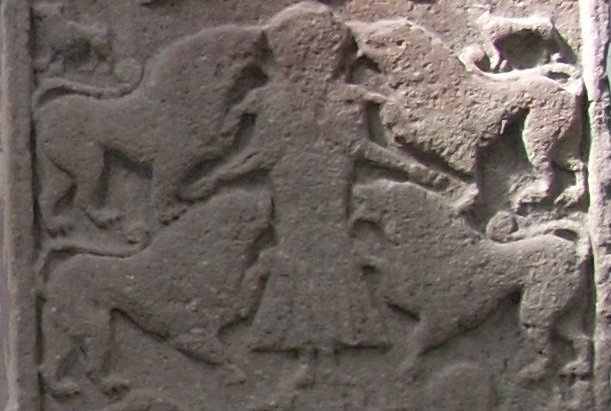 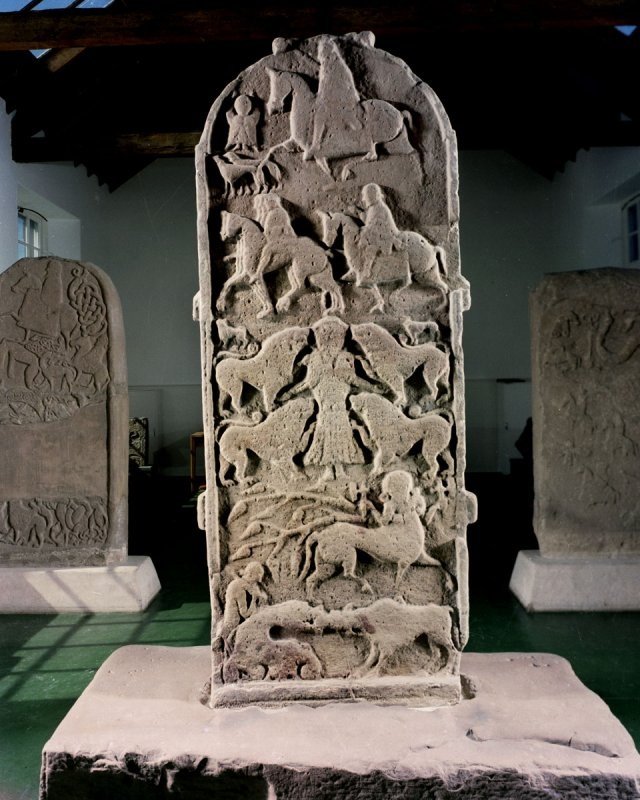 Meigle 2 was originally located on the east side of the northern entrance to the churchyard, opposite Meigle 1, and in front of a mound.  This may have been a king's grave.  Meigle 1 may be the oldest stone at Meigle, possibly carved in the late 8th century, thus we have a very approximate guide to the dating of this stone.