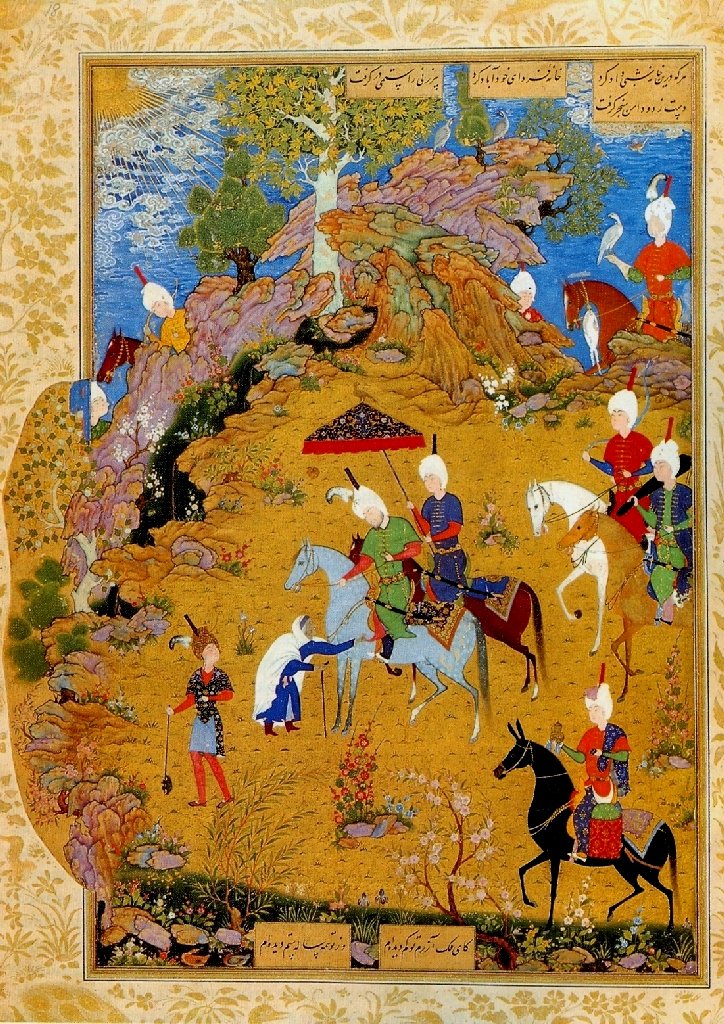 The first movement of the Pen
produced the first letter of the Word.

When they drew back the curtain of non existence,
the first manifestation was the Word.

Until the voice of the Heart spoke, the soul
did not submit its free self to the clay.

When the Pen began to move, it opened
the eyes of the world by means of the Word.

Without song the world has no voice, much has been spoken
but the Word has not diminished.

In the language of love, song is our soul.
We are song; these ruins are our palaces.

The line of every thought that is written,
is bound to the wings of the birds of song

On this ever changing old world, there is
no subtlety finer than song.

The beginning of thought and the final reckoning
is song; remember these words…………

We, who have looked upon song, are its lovers
and by it we live.

The laggards were warmed by its fire;
the eager travellers drew water from it

In this world it is more prosperous than the world itself,
newer than heaven, yet born before it

If the Word had not woven the thread of the soul,
how could the soul have been strung on the thread?

The empire of Nature is gained by song
The seal of the Laws is made with song.

The messenger of song travels on his head
none succeeds as song succeeds…..

None but the Heart understands the Word;
the explanation of the Word is beyond song