She clearly doesn't remember hearing it at any time so this is not from perceptions or memory, so it has to come from somewhere.... 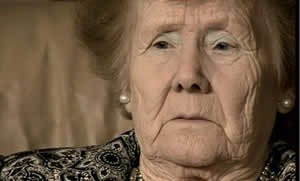 Cath Gamester hears music all day and all night.

"Happy Birthday - every few minutes I'm wishing someone happy birthday - I hate that one."

The song is one of several numbers Cath Gamester, 84, hears on a constant loop throughout the day.

The grandmother from Liverpool has musical ear syndrome, where the sufferer has auditory hallucinations.

Since it started in 2010, she said she had heard songs including God Save The Queen, Abide with me, You'll Never Walk Alone and Silent Night.

She said: "it just goes on and on and on, one song after another.

"It's a tenor, a man's voice and it's a nice voice, very strong, loud and there's like a background of music."

Often, the person is also suffering from tinnitus.

Mrs Gamester believes the songs were triggered by a course of anti-depressants she was prescribed after the death of her sister.

"I went to bed and when I woke up I heard music. I thought to myself it must be next door - he must be playing a record because it was going on and on.

Mrs Gamester said she sometimes vacuumed or told it to "shut up" in a bid to drown the noise out.

Dr Nick Warner, a psychiatrist who specialises in the elderly, said he usually dealt with "a couple of cases a year" connected to musical ear syndrome.

"When you get a musical hallucination it feels as if it's real, it feels as if there's a record player playing it or the artist is in the room or in the next-door room.

"As far as you're concerned probably everyone else ought to be able to hear it as well so it's very, very real."

Dr Warner said in the majority of cases he had encountered, people heard hymns and Christmas carols.

"On speculative terms, it could be that without knowing it, that person needs to hear something which is in some way reassuring to them."

Despite no current cure to for the condition, Dr Warner said there are ways of helping people live with it.

"Some people have found that putting on other music enables them to take control over from the musical hallucinations.

"I think talking about it to other people probably helps, distracting yourself, doing as much as you possibly can."

Mrs Gamester said she had found her own way of accepting the hallucinations.

"I've worked out the fact that I should be glad it's not a serious illness.

"I would say to these poor people out there who are like me - don't let it worry you too much, get on with life and enjoy yourself as much as you can."

Inside Out North West is broadcast on BBC One on Monday, 17 December at 19:30 GMT and nationwide on the iPlayer for seven days afterwards.