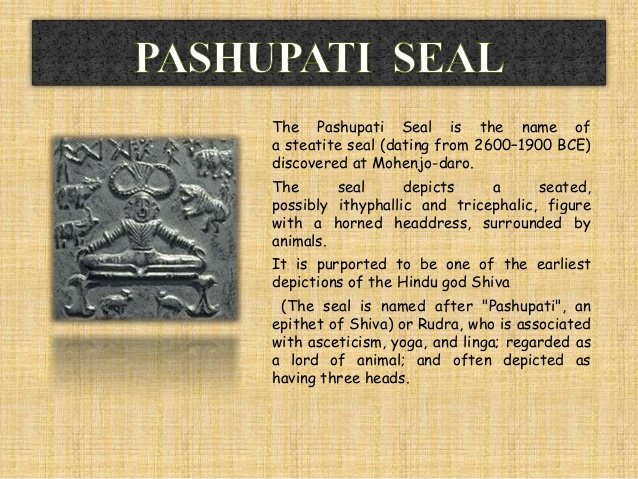 This picture was on the Internet.  The text is not quite accurate, in that Shiva is not a 'Hindu god', nor is asceticism specifically anything to do with Shivaism.  And Rudra has nothing to do with this seal.  Furthermore the pairing is either Shakti and Shiva or using the original name Pashupati and Parvati.

To provide people with a mythological framework to help them remember the concepts, Pashupati was called The Lord of the Animals and Parvati the Lady of the Mountains.  This is why one sees animals on the seal.

Man cannot understand the world without understanding himself, and he can only know himself in relation to universal structures, to his role, to his raison d'etre, to his place in the play of creation. For this reason, Samkhya and Yoga are interdependent and interconnected. Yoga represents the experimental method that will, first, help to establish and, second, confirm or invalidate the theories of the Samkhya. For, in the measure that it allows us to go beyond the limits of the senses, Yoga gives us an increased perception of the structures of the universe.

The techniques of Yoga are a heritage of pre-Aryan Shaivism. Its teaching is attributed to the god Shiva, the Great Yogi.

Representations of Shiva-Pashupati, the Lord of Animals, in yogic posture, have been found at Mohenjo-Daro and the other cities of the Indus Valley.

"The techniques of Yoga, which are an essential element of the ancient Shaivism, were totally unknown in Vedic literature" (M. R. Sakhare, History and Philosophy of Lingyat Religion, p. I75). 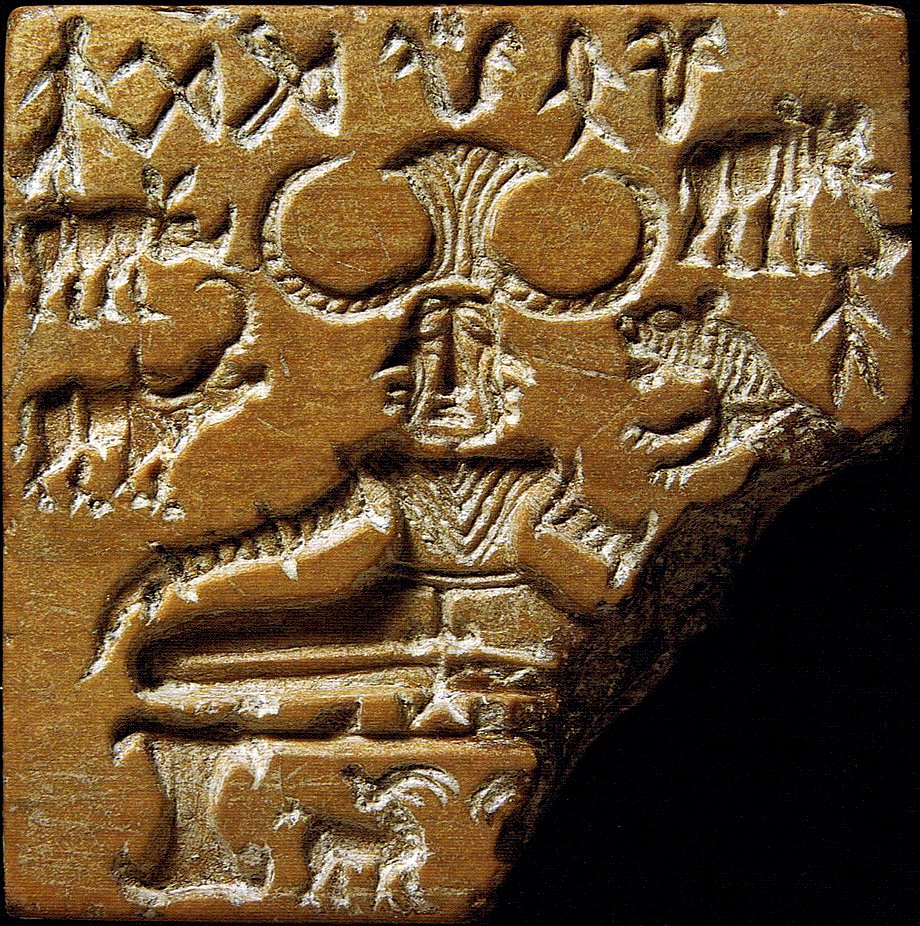 Contemplation and detachment
Know yourself