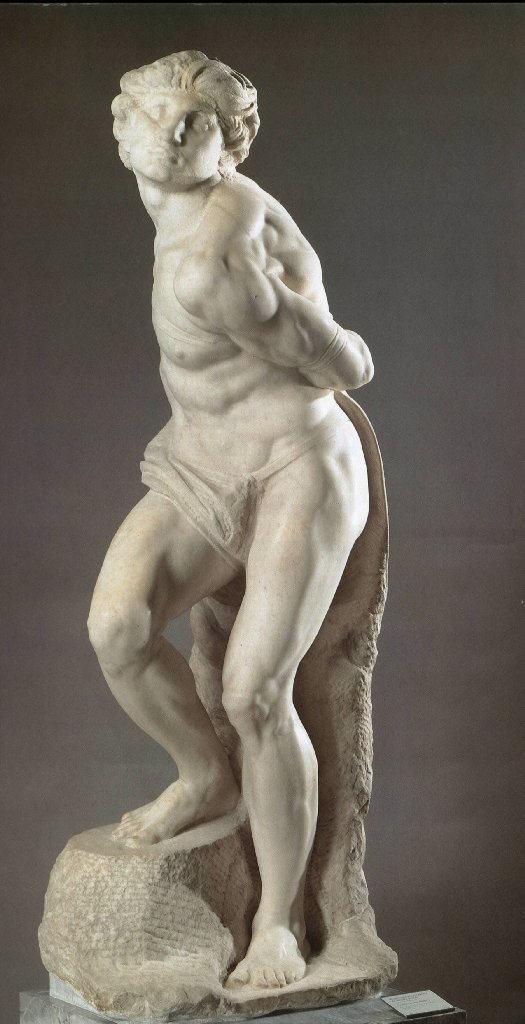 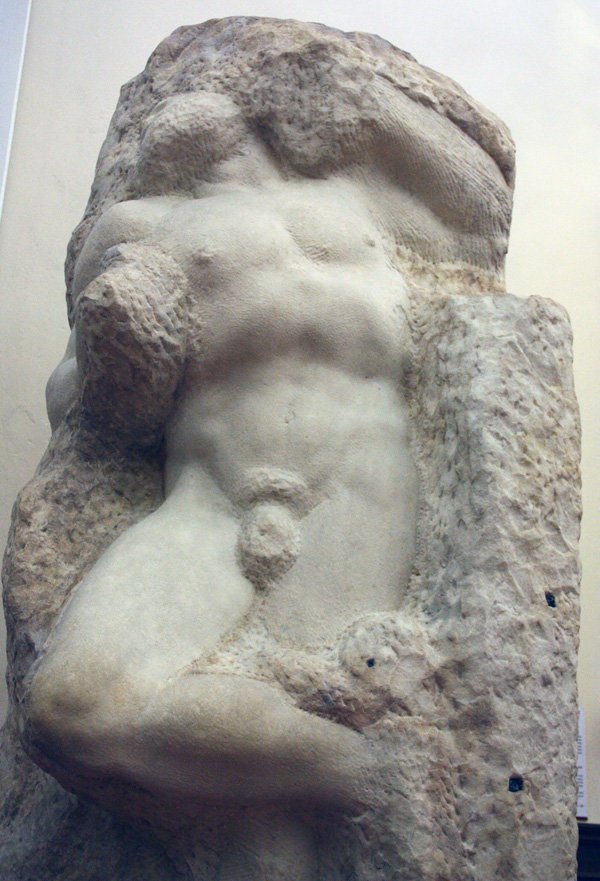 Michelangelo’s Captives are four supposedly unfinished sculptures lining the Hall of Prisoners at the Galleria dell’Accademia in Florence.  There is the Dying slave, the Bound slave, the Rebellious slave and the Awakening slave. 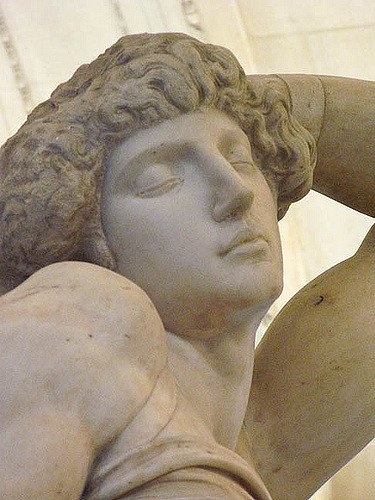 In the so-called Dying Slave, Michelangelo has again utilised the figure with marked contraposto to suggest a particular human state. With the Rebellious Slave, it is one of two such earlier figures for the Tomb of Pope Julius II, now in the Louvre, that the sculptor brought to an almost finished state. These two works were to have a profound influence on later sculpture, through Rodin who studied them at the Louvre. The Bound Slave is one of the later figures for Pope Julius' tomb. The works, known collectively as The Captives, each show the figure struggling to free itself, as if from the bonds of the rock in which it is lodged.

Stones and rocks have, in all alchemical and symbolic thought represented imprisonment of the spirit within a physical form.

Thus this sequence of statues represents a spiritual awakening.  The figures are deliberately not ‘finished’ because they are intended to be captive.

In contrast, the very last figure is not – as some people appear to believe – waking up, he is having an intense spiritual experience, somewhere on the scale of ecstasy and moksha.  It is epitomised extremely well , only Bernini was able to capture the experience perhaps better. 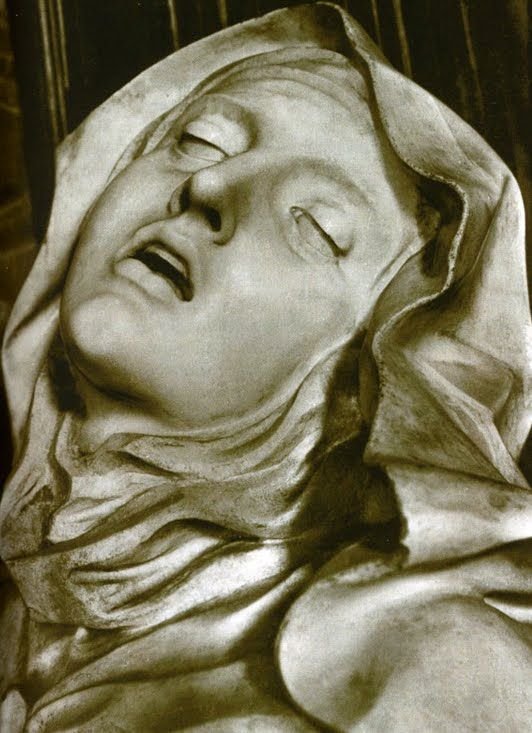 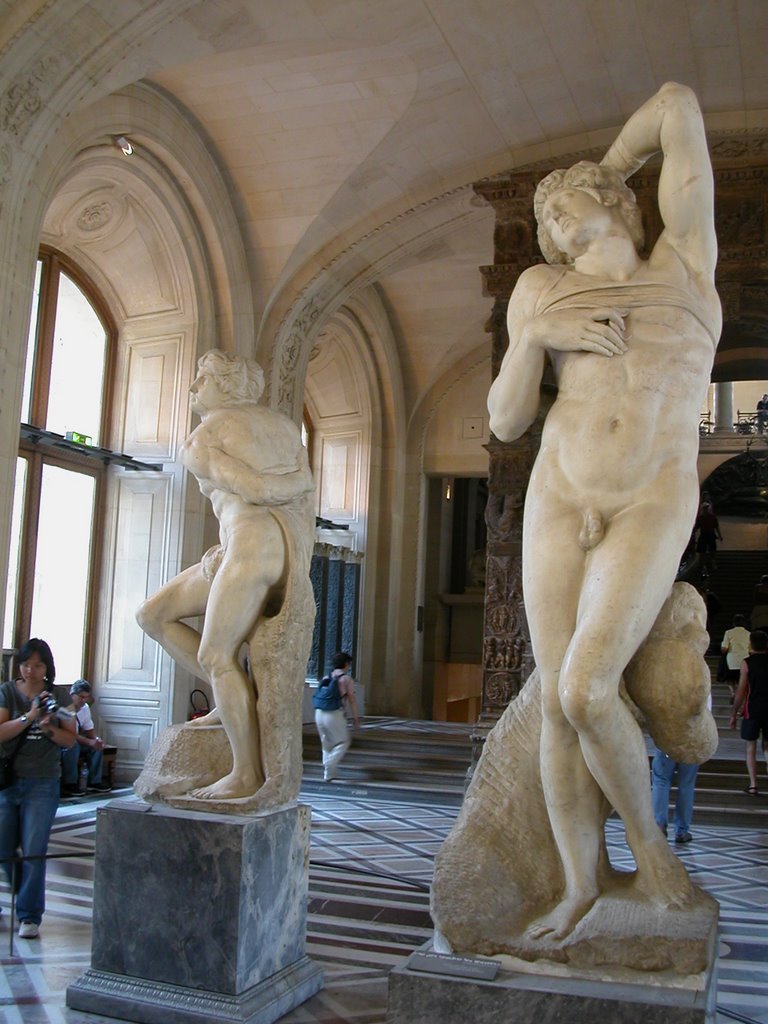