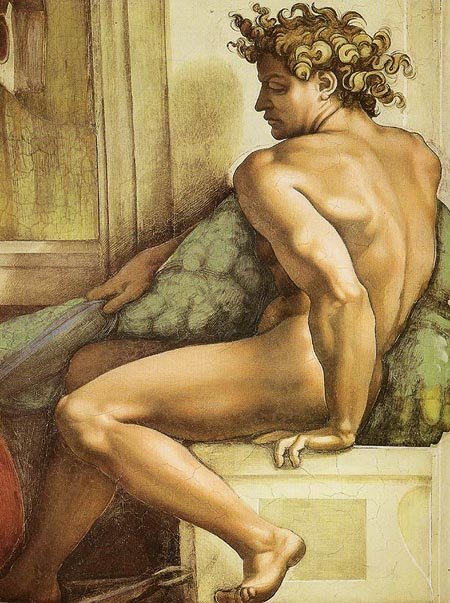 The Ignudi are the 20 athletic, nude males that Michelangelo painted as supporting figures at each corner of the five smaller narrative scenes that run along the centre of the ceiling of the Sistine chapel. The figures hold or are draped with or lean on a variety of items which include pink ribbons, green bolsters and enormous garlands of acorns.

Nakedness is a symbol of being spirit and not physical, it is the opposite of having Clothes.  Thus, in general, Michelangelo’s Ignudo – are spirit beings rather than being human beings.

Michelangelo’s Ignudi, although all seated, are all different.

They are not ‘angels’.  When Michelangelo later painted the altar wall of the chapel, he included a great number of angels, particularly in the lunettes which are decorated with scenes of angels carrying the symbols of the Passion. Other angels are employed sounding the trumpets which call forth the dead, displaying books in which the names of the saved and the damned are written and casting sinners down to Hell. In all, the Last Judgement contains more than forty angels, and although they resemble the Ignudi, they have wings and are thus symbolically different.

One possible interpretation is that the Ignudi are Spirit helpers - the ever-present attendants and messengers of God, who are there to assist Humankind, but the number of significant – these are special helpers.

It is worth noting that a number of critics were angered by their presence and the nudity, including a later Pope - Pope Adrian VI who wanted the ceiling stripped.  Clearly Michelangelo found in Pope Julius a fellow spirit, who understood the symbolism. 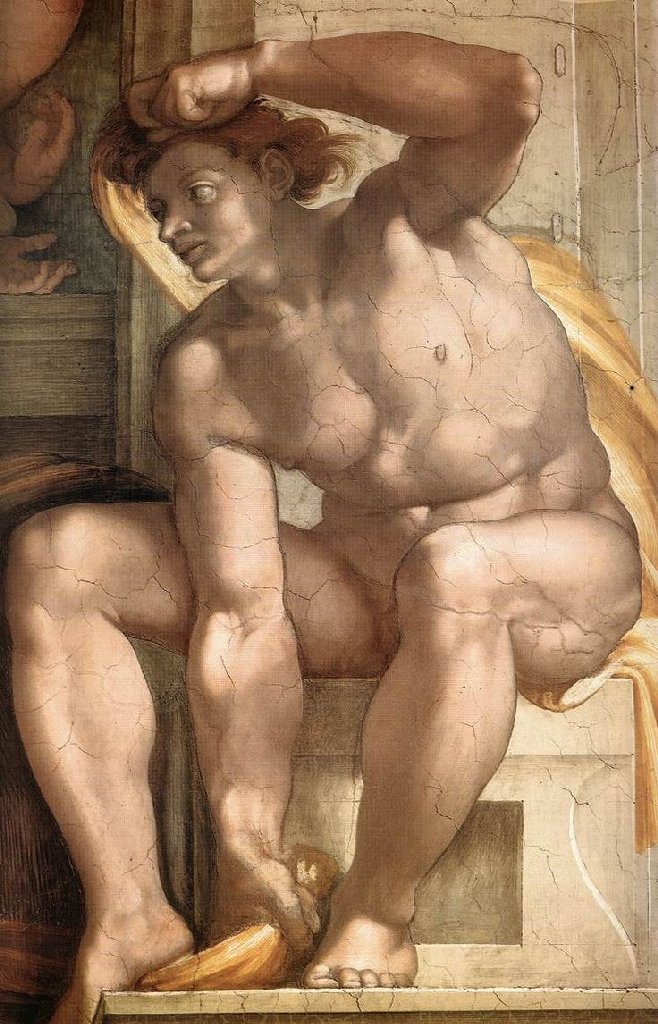 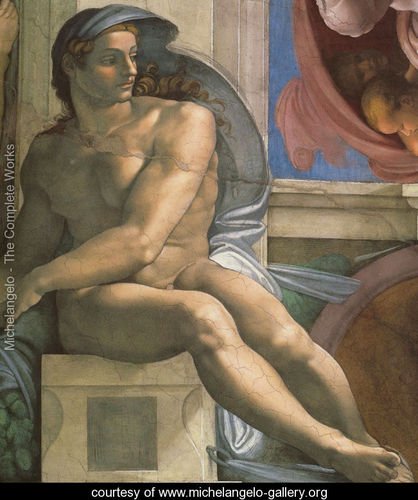 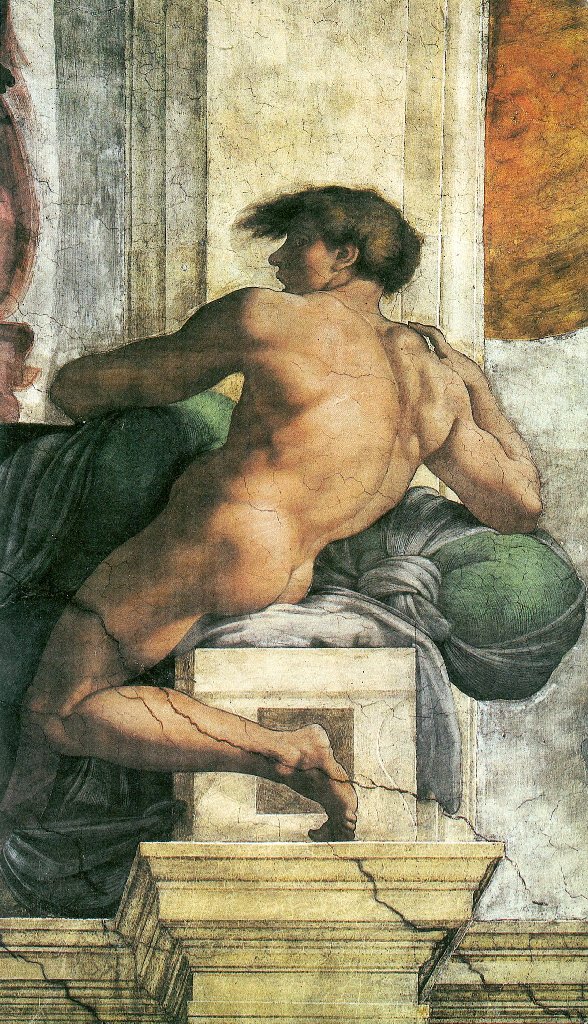