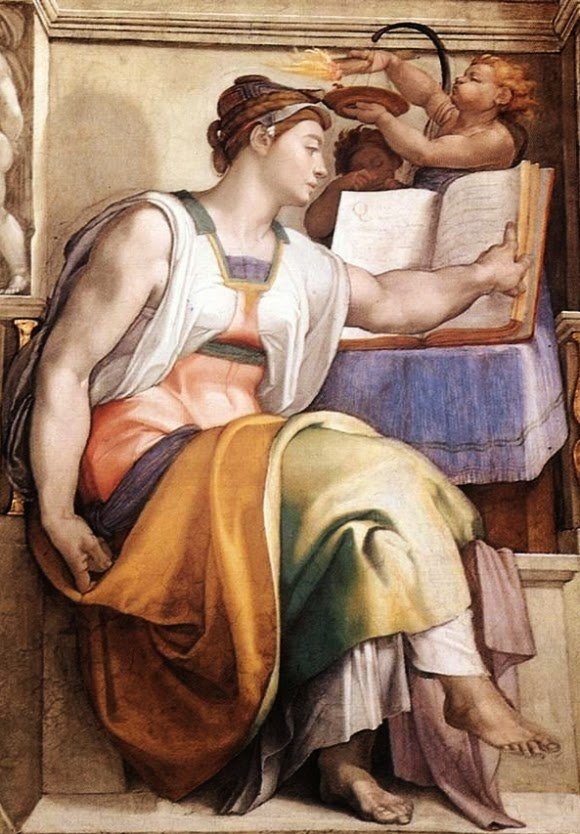 The Erythraean Sibyl was the prophetess of classical antiquity presiding over the Apollonian oracle at Erythrae, a town in Ionia opposite Chios, which was built by Neleus, the son of Codrus.

The word Sibyl comes (via Latin) from the ancient Greek word sibylla, meaning prophetess. There were many sibyls in the ancient world, but this oracle prophesied Alexander the Great's divine parentage, according to legend.  Apollodorus of Erythrae, however, says that one who was his own countrywoman predicted the Trojan War and prophesied to the Greeks both that Troy would be destroyed and that Homer would write falsehoods.

In Christian iconography the Erythraean Sibyl sometimes appears as one who prophesied the Redemption. 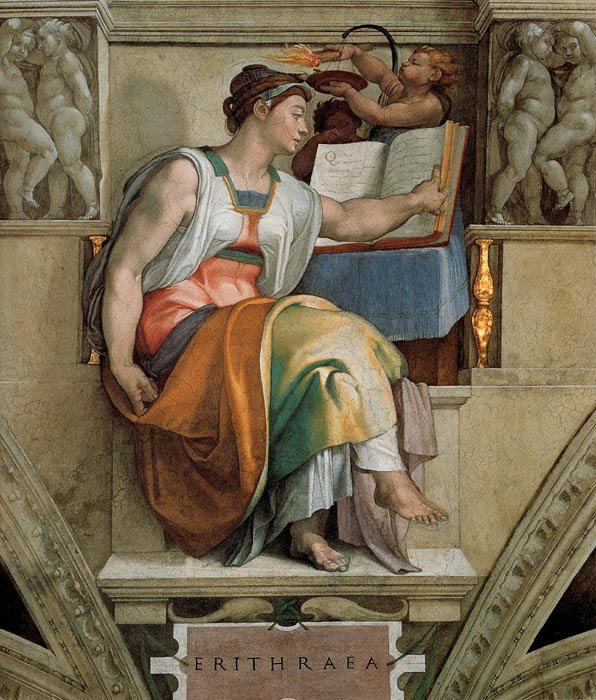