The Sibyls were prophetic women who were resident at shrines or temples throughout the Classical World. The five depicted in the Sistine chapel are each said to have prophesied the birth of Christ. The Cumaean Sibyl, for example, is quoted by Virgil in his Fourth Eclogue as declaring that "a new progeny of Heaven" would bring about a return of the "Golden Age". 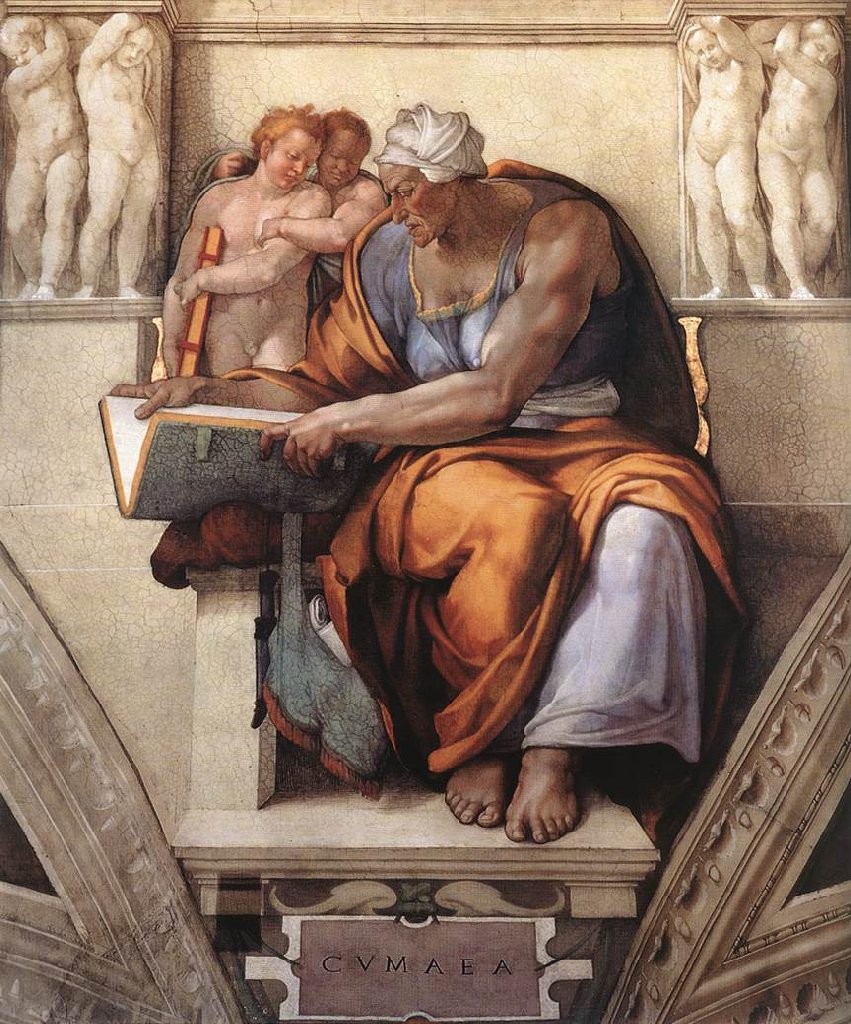