Michelangelo arrived in Rome 25 June 1496 at the age of 21. On 4 July of the same year, he began work on a commission for Cardinal Raffaele Riario, an over-life-size statue of the Roman wine god Bacchus. Upon completion, the work was rejected by the cardinal, and subsequently entered the collection of the banker Jacopo Galli, for his garden. 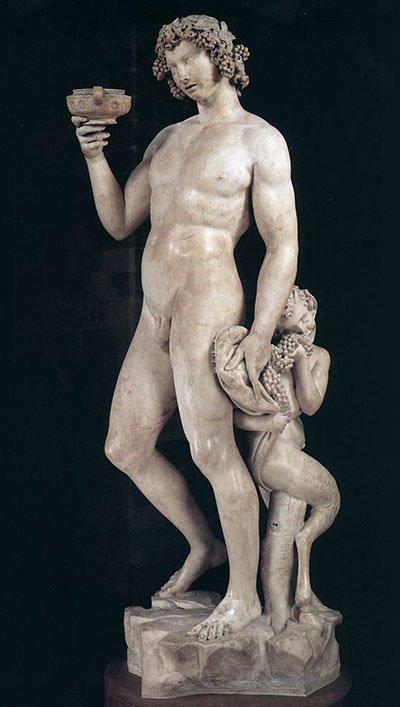 Born in1475 at Caprese in Florentine territory, Michelangelo had mastered the techniques of painting, in the studio of Domenico Ghirlandaio, by the time he was fourteen.

His three years' apprenticeship as a painter was then cut short by Lorenzo de Medici, who set him under the sculptor Bertoldo in the school founded by Lorenzo, in the Medici gardens.

By 1496, Michelangelo was in Rome, after an interlude at Bologna, and there carved the Bacchus and the first Pieta, now in St Peter's, which made his name.