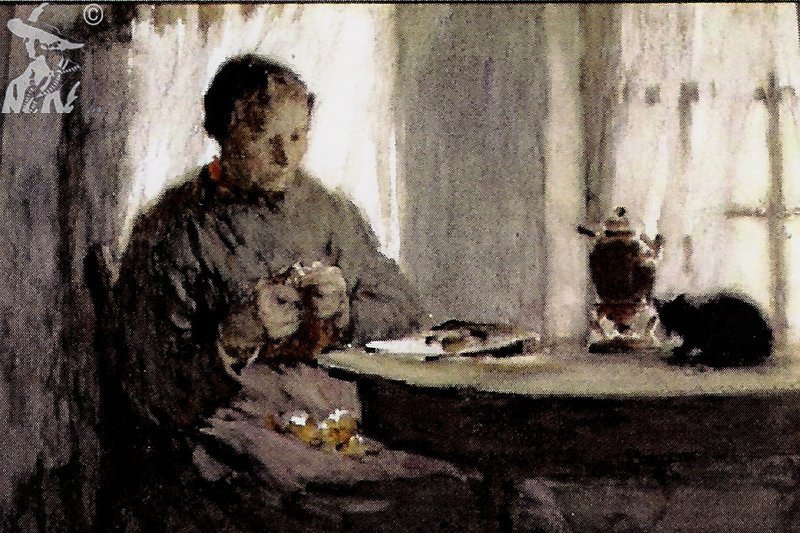 In the bleak twilight, when the roads are hoar
And mists of early morning haunt the down,
His Mother shuts her empty cottage door
Behind her, in the lane beyond the town:
Her slow steps on the highway frosty white
Ring clear across the moor, and echo through
The drowsy town, to where the station’s light
Signals the 7.10 to Waterloo.

Some wintry flowers in her garden grown,
And some frail dreams, she bears with her to-day -
Dreams of the lad who once had been her own,
For whose dear sake she goes a weary way
To find in London, after journeying long,
The Altar of Remembrance, set apart
For such as she, and join the pilgrim throng
There, at that Mecca of the Broken Heart.

Princes and Lords in grave procession come
With wondrous wreaths of glory for the dead;
Then the two minutes smite the City dumb,
And memory dims her eyes with tears unshed;
The silence breaks, and music strange and sad
Wails, while the Great Ones bow in homage low;
And still she knows her little homely lad
Troubles no heart but hers in all the Show.

And when beside the blind stone’s crowded base,
’Mid the rich wreaths, she lays her wintry flowers,
She feels that, sleeping in some far-off place
Indifferent to these interludes of ours,
No solace from this marshalled woe he drains,
And that the stark Shrine stands more empty here
Than her own cottage, where the silence reigns,
Not for brief minutes, but through all the year.