Robin had been recommended a patent medicine called Dr Collis Browne’s Chlorodyne and had become addicted to it. ... It is difficult to say how much drugs influenced his obsessive behaviour and, indeed, the bizarre and darkly imaginative scenes he created in his work.

“I remember Robin coming down to stay with a mutual friend in Dorset and there was this terrible snow storm and of course he brought his Collis Browne with him,” said Colette Clark, Sir Kenneth Clark’s daughter. “But then we got snowed up and Robin got more and more peculiar. I mean now I can see it was drug-withdrawal and we thought it must be because he couldn’t get his Collis Browne. He was quite irrational and mad. Anyway this friend took him upstairs to go to bed and watched over him all night and in the morning, I don’t know how we did it, but we got a taxi to take him to the station and just pushed him onto the train. I have no idea how he got back to London – God takes care of the sick! – but that night we had a call and it was Robin who was perfectly all right of course. No doubt he’d got more Collis Browne.”

After that he would never travel anywhere without packing at least half a dozen remedies, each wrapped in tissue paper to prevent one from contaminating the other. 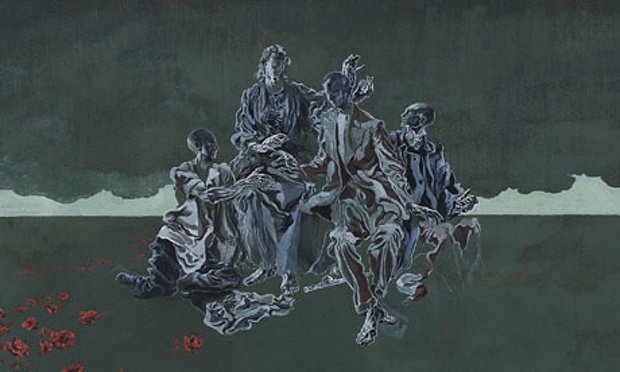