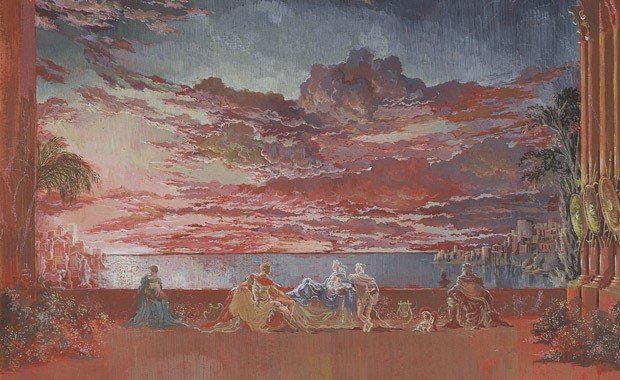 The first exhibition in 40 years of the work of the painter and art critic, Robin Ironside, opens today at the Pallant House Gallery in Chichester, West Sussex.

Ironside, whose work was once exhibited alongside the likes of Paul Nash, Henry Moore and Francis Bacon, was a senior manager at the Tate Gallery until he quit to pursue his passion for painting after the end of the Second World War.

He experimented with mind-altering drugs and became addicted to the opium-based medicine, Dr. Collis Browne, which was then legally available as a remedy for stomach complaints.

His niece and writer Virginia Ironside told the Today programme's James Naughtie that he was a "febrile and vibrant man" who would rush around her house carrying books by Virgil and PG Wodehouse.

She described how he was an obsessive and would paint into the night with a magnifying glass and a paintbrush with only one hair and that while her father had been to art school her uncle had not.

Nor was he part of the "Soho set", she went on to say, making it difficult for him to establish himself in the establishment.

Art critic Brian Sewell said that Robin Ironside had "feeling in abundance" and while he had no formal instructions as a painter his "highly decorative sense" could be described as "neo-classicism brought into neo-romanticism in beautiful alliance".