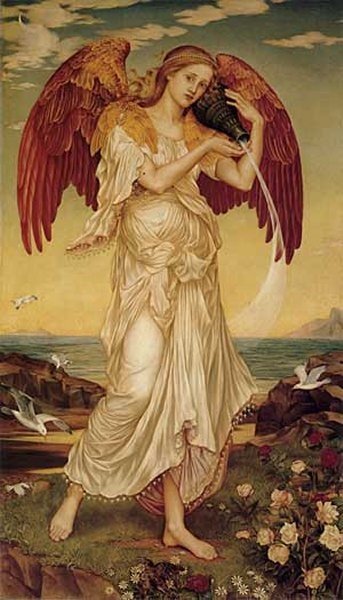 As the dawn goddess, Eos, with "rosy fingers", opened the gates of heaven so that Apollo could ride his chariot across the sky every day. In Homer her saffron-colored robe is embroidered or woven with flowers; rosy-fingered and with golden arms, she is pictured on Attic vases as a supernaturally beautiful woman, crowned with a tiara or diadem and with the large white-feathered wings of a bird.

Quintus Smyrnaeus pictured her exulting in her heart over the radiant horses (Lampos and Phaithon) that drew her chariot, amidst the bright-haired Horae, the feminine Hours, climbing the arc of heaven and scattering sparks of fire.

Ios was the Greek goddess of the dawn.  Her Roman equivalent was Aurora.  In most myths and legends she represents the end stage of the spiritual path. 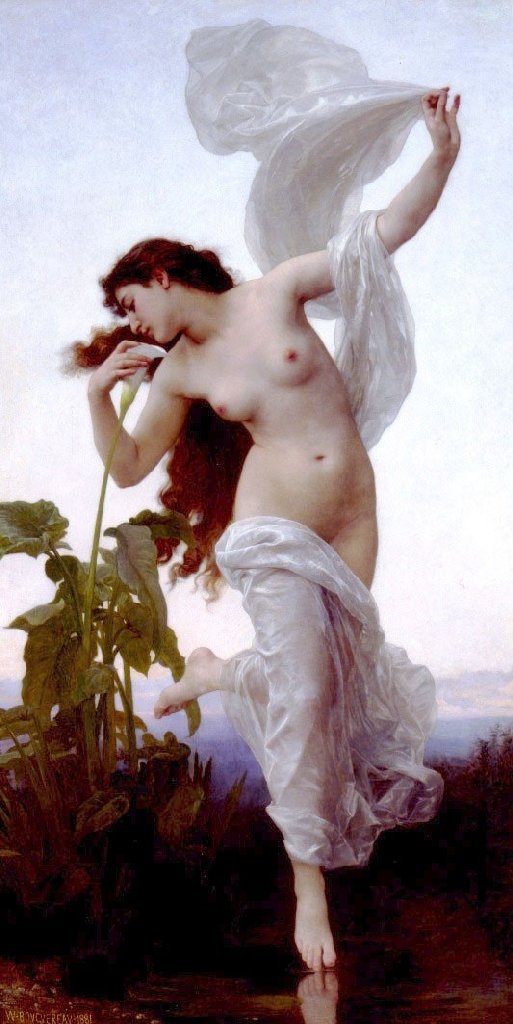 “Now when Dawn in robe of saffron was hastening from the streams of Okeanos, to bring light to mortals and immortals, Thetis reached the ships with the armor that the god had given her. —Iliad xix.1

But soon as early Dawn appeared, the rosy-fingered, then gathered the folk about the pyre of glorious Hector. —Iliad xxiv.776