The moorland area between Sheffield and Stocksbridge has been the focus of numerous modern day boggard-style encounters. In fact there is a road called Boggard Lane at Oughtibridge near the scene of various frightening experiences, including familiar sounding Pennine phenomena such as strange lights, replays of scenes from the past, floating apparitions and missing time.

The fact that highway construction work was underway at the time when one major ‘flap’ of activity occurred near Stocksbridge in 1987 is interesting, because it fits the unfolding pattern.

It has long been believed by those interested in folklore that disturbances to the ground cause ‘evil forces’ to be unleashed. Scriptwriter Nigel Kneale brilliantly incorporated this idea into his 1958 BBC TV series (and later Hammer Horror movie) Quatermass and the Pit.

Here building work at an underground railway triggered sightings of a small imp-like entity at a place long known as Hob's Lane. The name, his story argued, derived from centuries of encounters with hobgoblin creatures at this spot - and historical records showed that they were especially prolific when a new well was dug or the railway had been constructed.

And so it was in real life with the building of the Stocksbridge by-pass. This major earthworks seems to have disturbed the balance of forces. The same effect has been commonly reported by home owners when repair work or major reconstruction to an old building causes the spirits to 'become restless' - some say because the ghosts do not like the changes to their environment. But we can now see a more reasonable explanation.

Earth energies are apparently stored in the ground and are clearly associated with quarries and reservoirs, fault lines and earth tremors - all natural major disturbances to the rock. Building a new road through an area where there are these natural energies seems to be virtually inviting a new outbreak to occur. 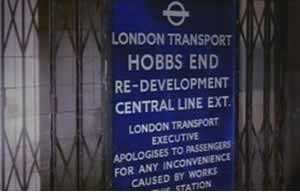 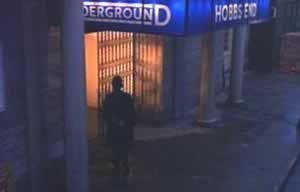