George Fox – Woe to the bloody city of Lichfield 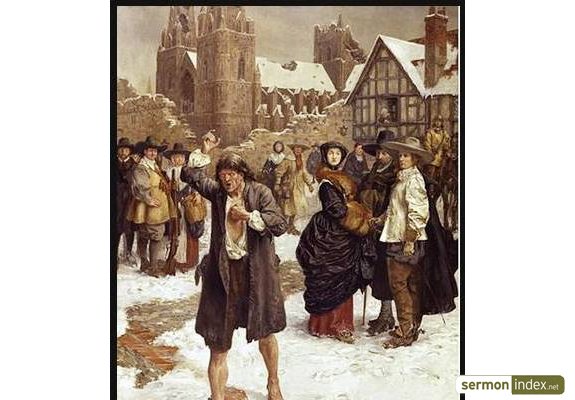 And of course, no one would, because this was Britain.  They probably ignored him or offered him a warm cup of tea to help him calm down.  They might have offered him a paintbrush as they did to Richard Dadd so that he could better express what he ‘saw’.  And some might also have listened and thought about what he was saying.

You cannot think out of the box if you are in it.  So those who have scrambled out, or never been in it, are actually very useful.  New perspectives offer new solutions, they challenge us to think about our beliefs.

George Fox became the founder of the Quaker movement, a movement that has been of great positive benefit within the UK.  But as William James says:

“from the point of view of his nervous constitution , Fox was a detraque [deranged person] of the deepest dye, his journal abounds in entries of this sort………… but no one can pretend for a moment that in point of spiritual sagacity and capacity, Fox’s mind was unsound… “

In effect, George Fox would be classified today as mentally ill.  But as James says he had a great deal of ‘spiritual sagacity and capacity’.