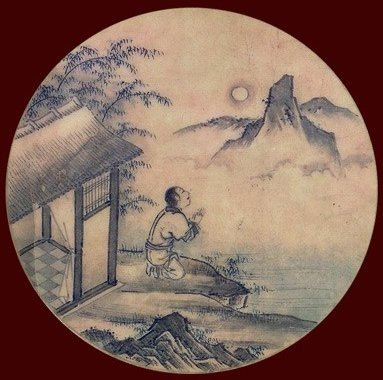 There are not two Dharmas. Provisionally only has the bull been set up, somewhat in the nature of a sign-post. He might also be likened to a snare for catching rabbits, or to a fishing net. Now the herdsman feels as when the shining gold has been separated out from the ore, or as when the moon appears from behind a cloud bank. The one cool light has been shining brilliantly since the time before the beginning.

1
The herdsman has come home on the back of the bull.
Now the bull is forgotten and the man is at ease.
He may still sleep though the hot sun stands high in mid-heaven.
Whip and rein are now useless and thrown away under the eaves.
2
Though the herdsman has brought the bull down from the mountain, the stable is empty.
Straw coat and bamboo hat, too, have become useless.
Not bound by anything, and at leisure, singing and dancing,
Between heaven and earth he has become his own master.
3
Now the herdsman has returned, home is everywhere.
When both things and self are wholly forgotten, peace reigns all day long.
Believe in the peak 'Entrance to the Deep Secret' -
No man can settle on this peak's summit.