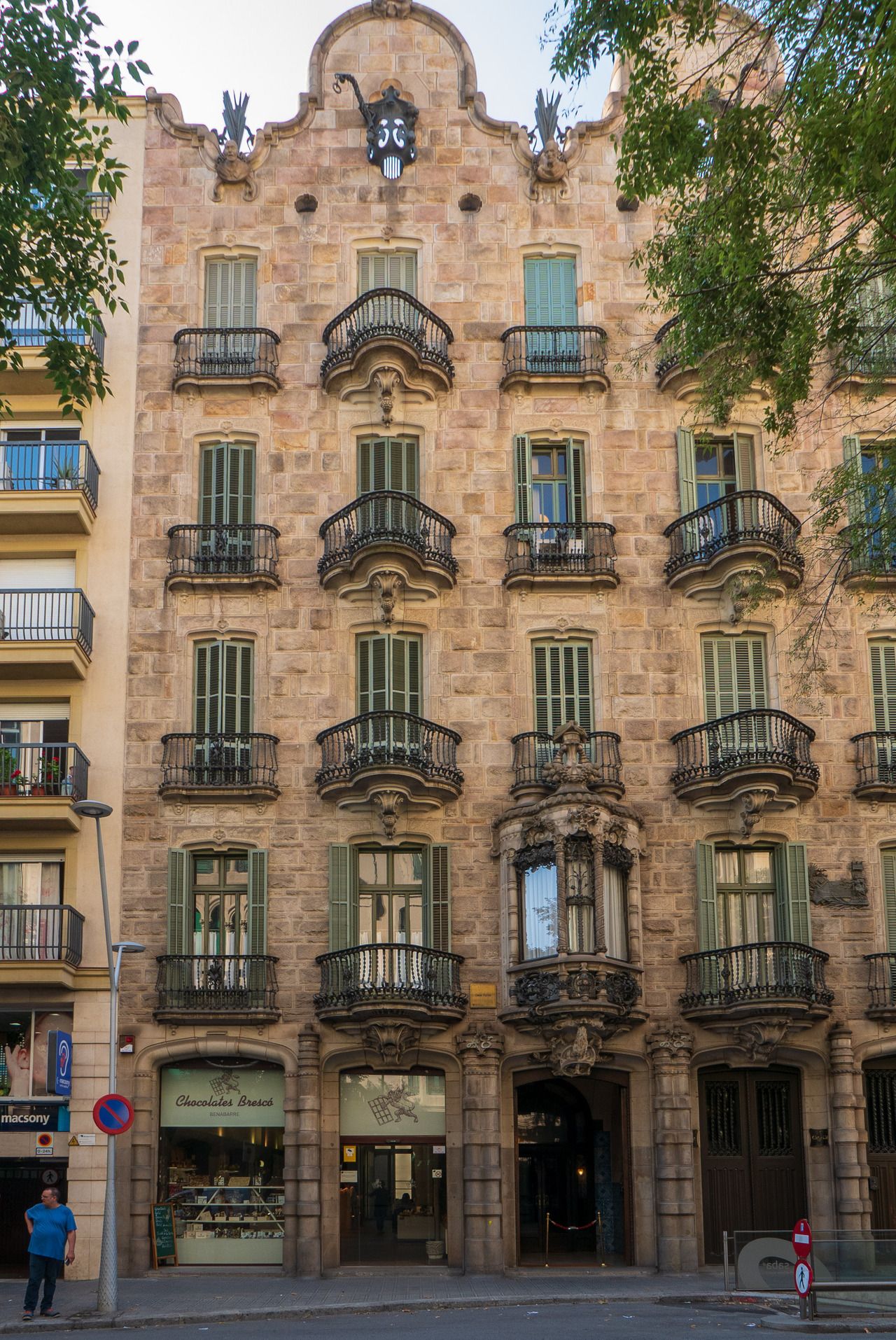 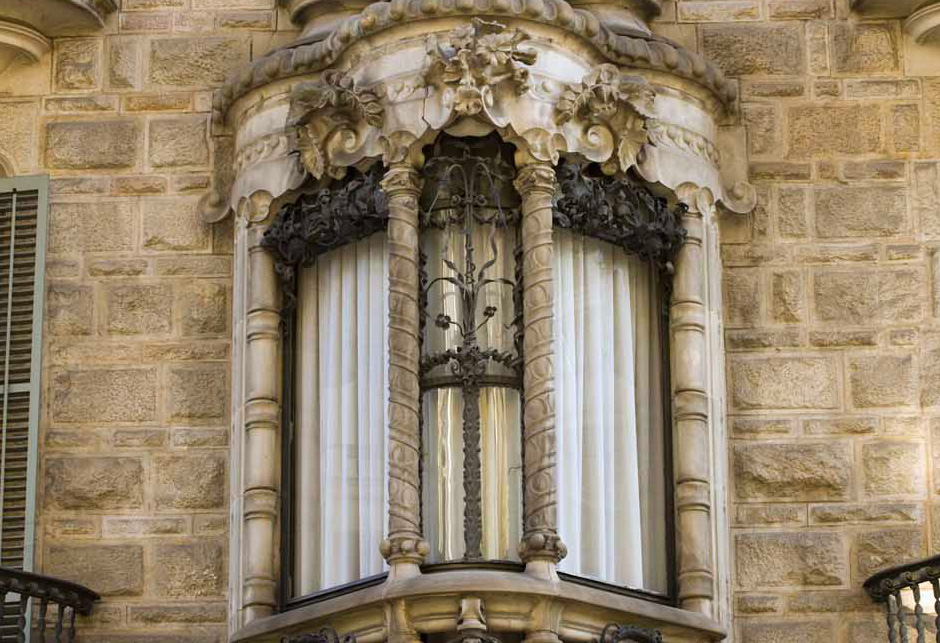 At the beginning of the century, Gaudí was working on numerous projects simultaneously. They reflected his shift to a more personal style inspired by nature.

Then in 1897, Gaudí was asked to construct a building for the heirs of the cotton industrialist Pere Màrtir Calvet.

Commissioned by the company Hijos de Pedro Mártir Calvet, Gaudí built the Casa Calvet (1898–1899).   The family bought a site in Calle Casp in Barcelona, and it was there that Gaudí erected his most conservative work. 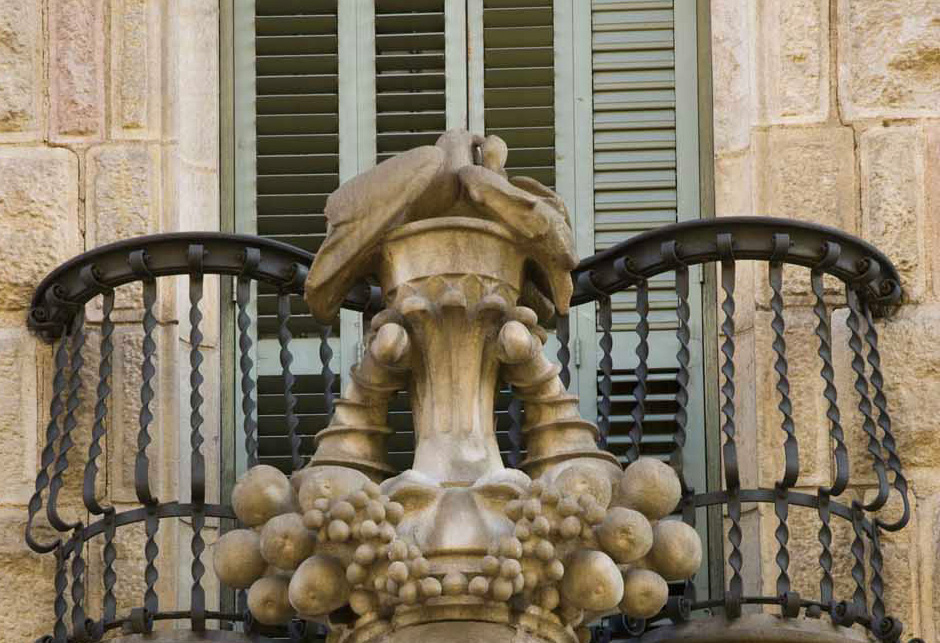 In Casa Calvet, with its simple structure, Gaudí abandoned his former inspirations of Moorish and oriental approaches and surrendered himself to the influences of the baroque style.

In 1900, he received an award for the best building of the year from the Barcelona City Council for Casa Calvet and this is not a sign of success; awards like this tend to be given to conventional designs. 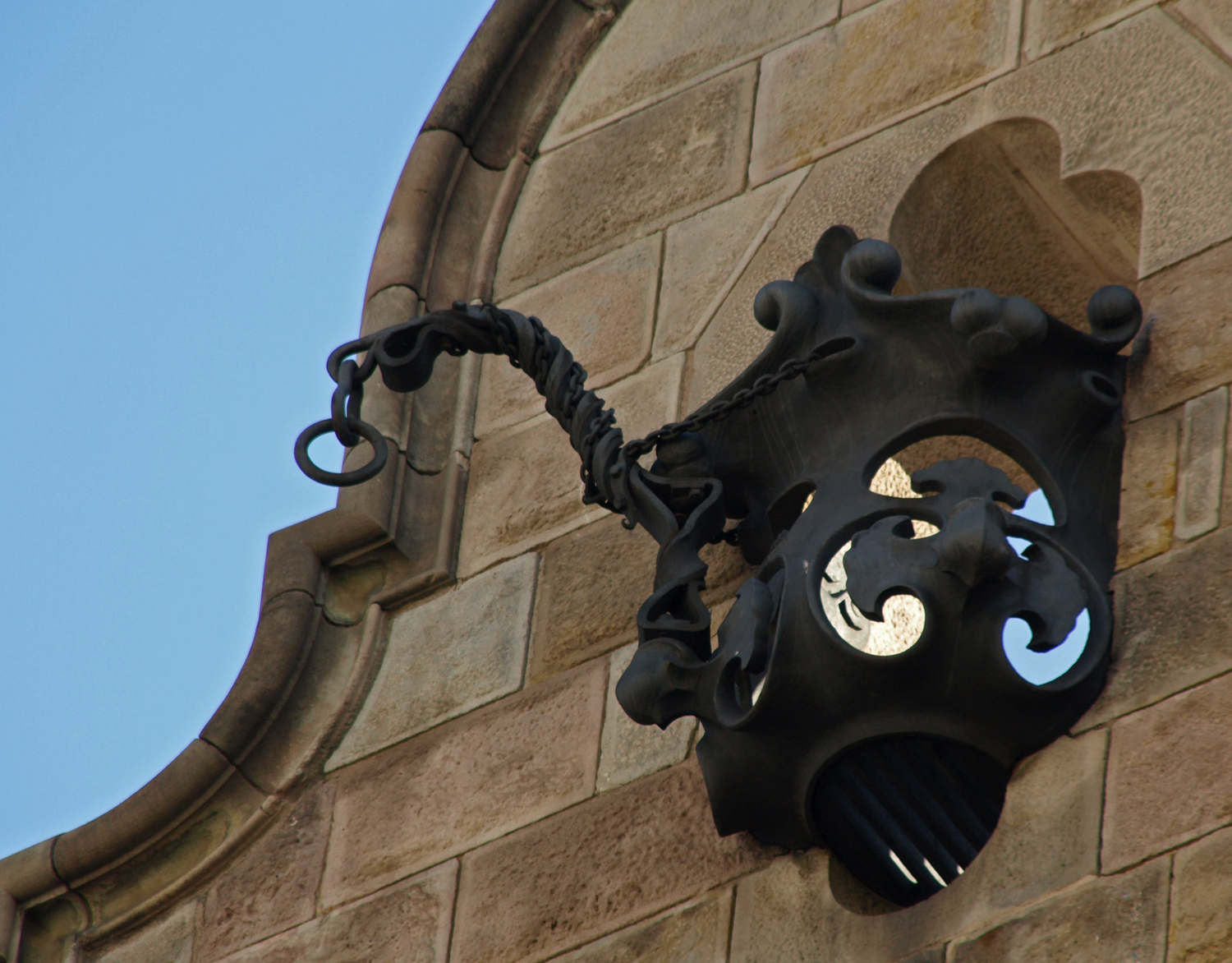 The workload and his change of style for the project were largely to blame, but this building is not one of his best.  Having said this of course, in comparison with the buildings which flank it, it is genius, it just doesn't compare with his other work.

The facade is built of Montjuïc stone, adorned with wrought iron balconies and topped with two pediments with wrought iron crosses. There is a gallery on the main floor of the facade, decorated with plant and mythological motifs. 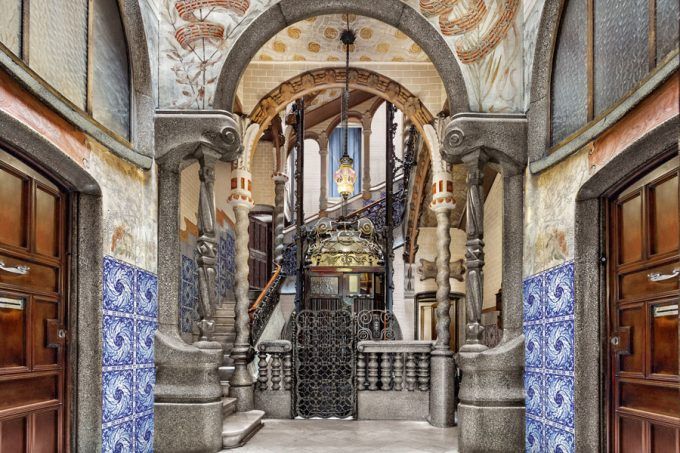 For this project, Gaudí used a Baroque style, visible in the use of Solomonic columns, decoration with floral themes and the design of the terraced roof.  It doesn’t quite work.

Nevertheless, Casa Calvet, is remarkable for the originality of the volumes of its rear façade, the organic shapes of the furniture that Gaudí designed especially for it, and the luxury of its rooms, in particular the entrance hall and the staircase. 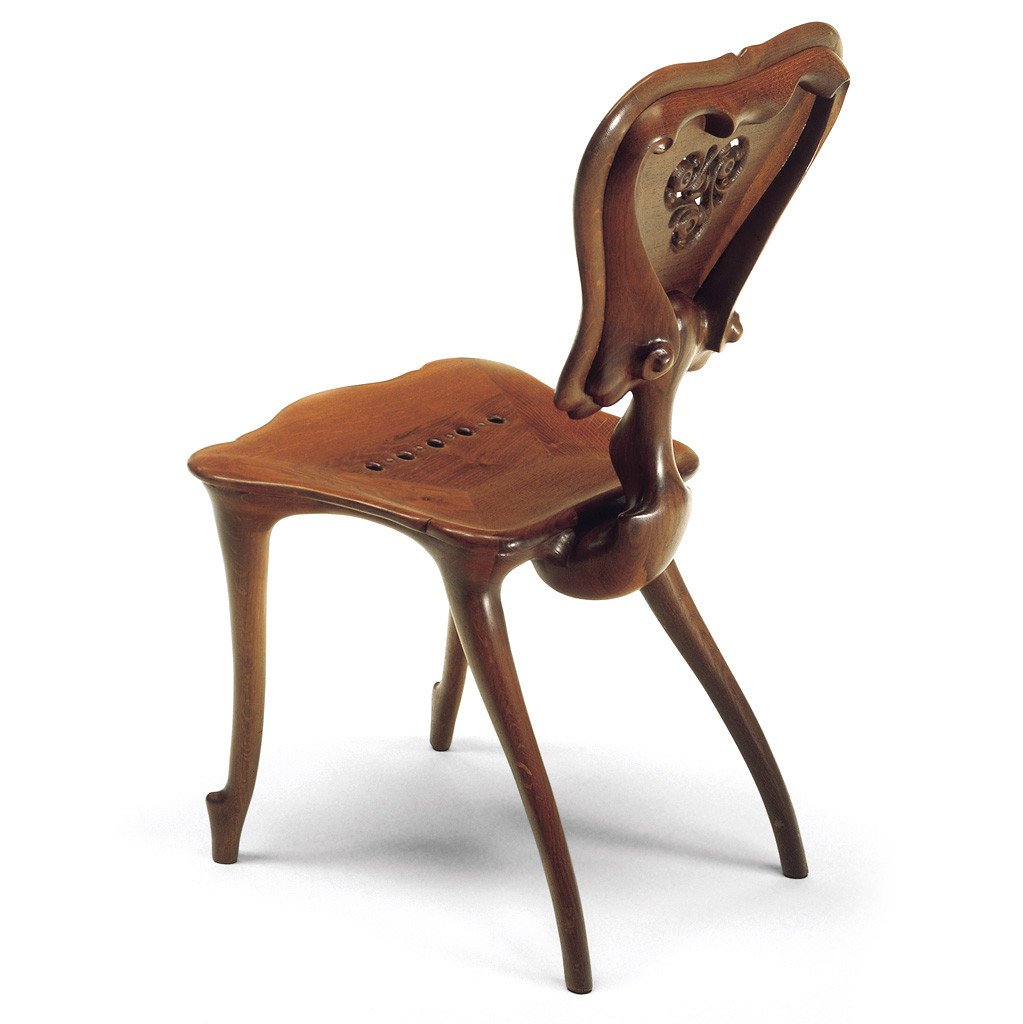