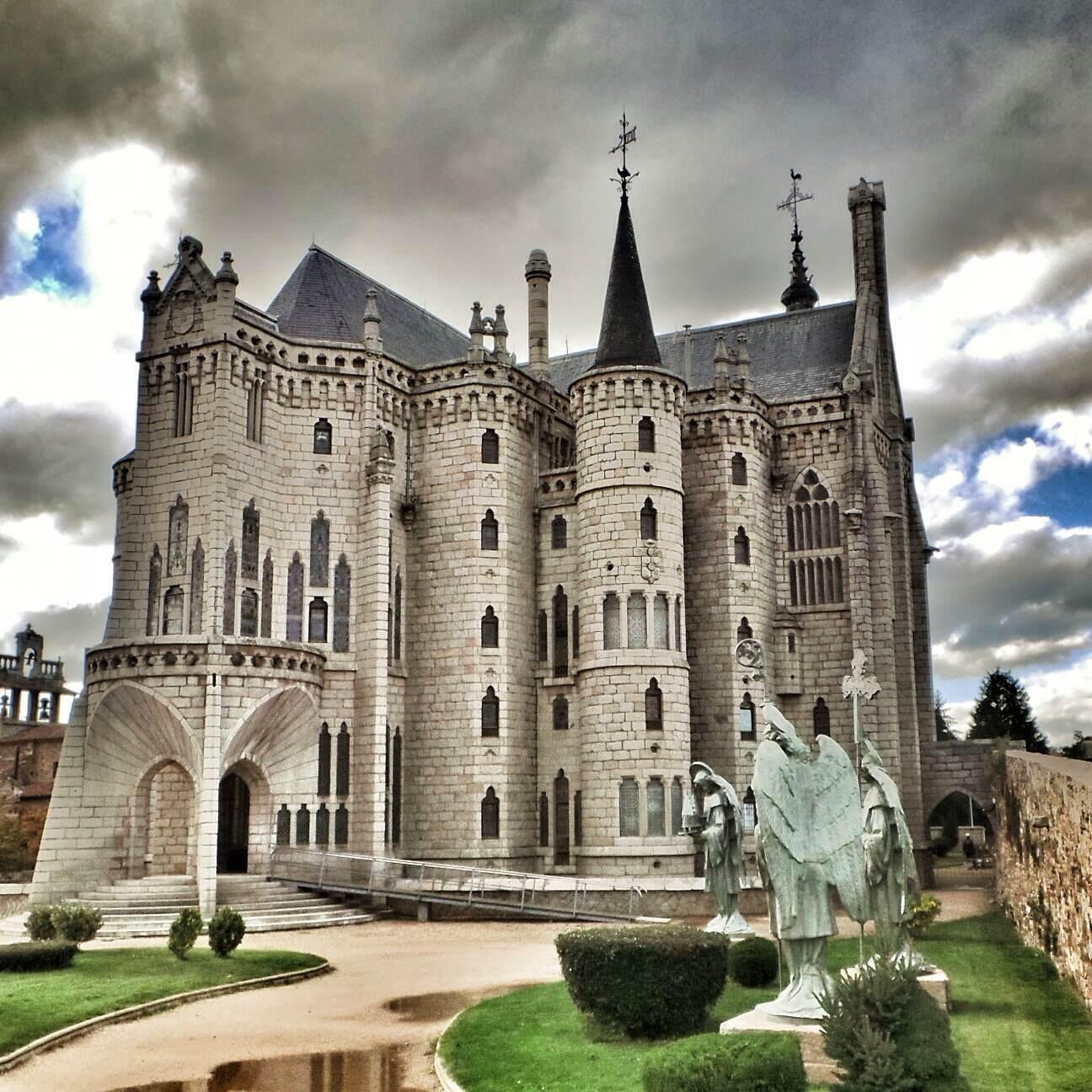 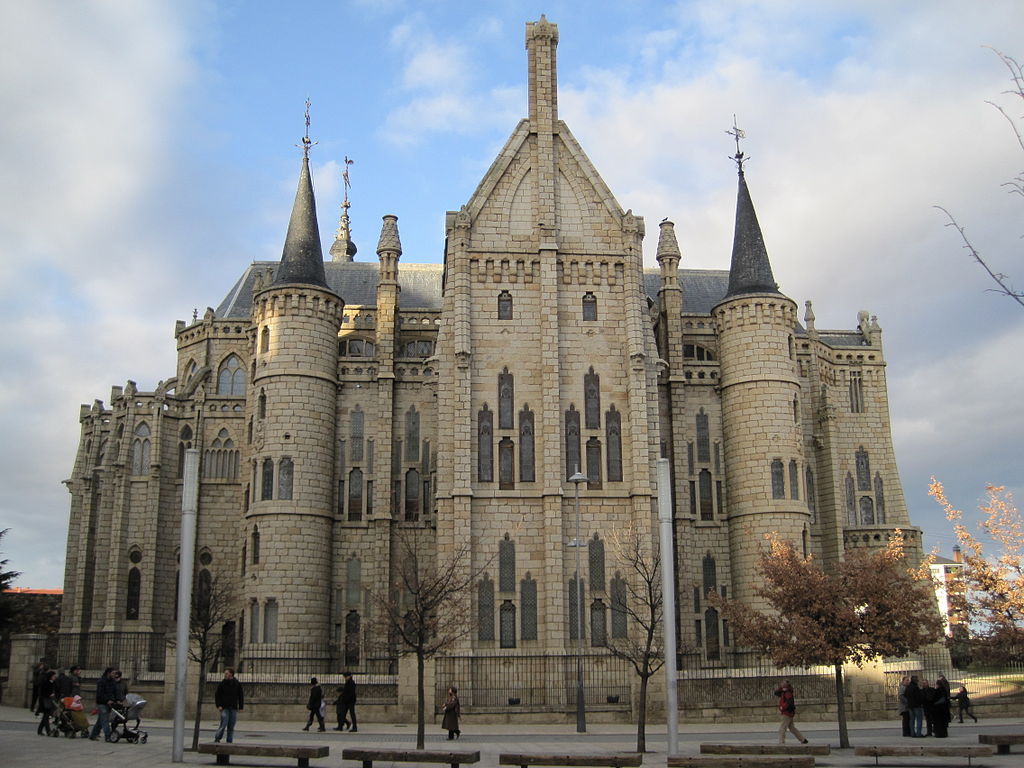 The Episcopal Palace of Astorga (Leonese: Palacio Episcopal d'Estorga) is one of only three buildings by Gaudí outside Catalonia.

Gaudí received this next commission from a clergyman who had been a boyhood friend in his native Reus. The two had continued to be  friends and when Grau was Vicar-General in the Archdiocese of Tarragona he had inaugurated a church for which the architect had designed the high altar. 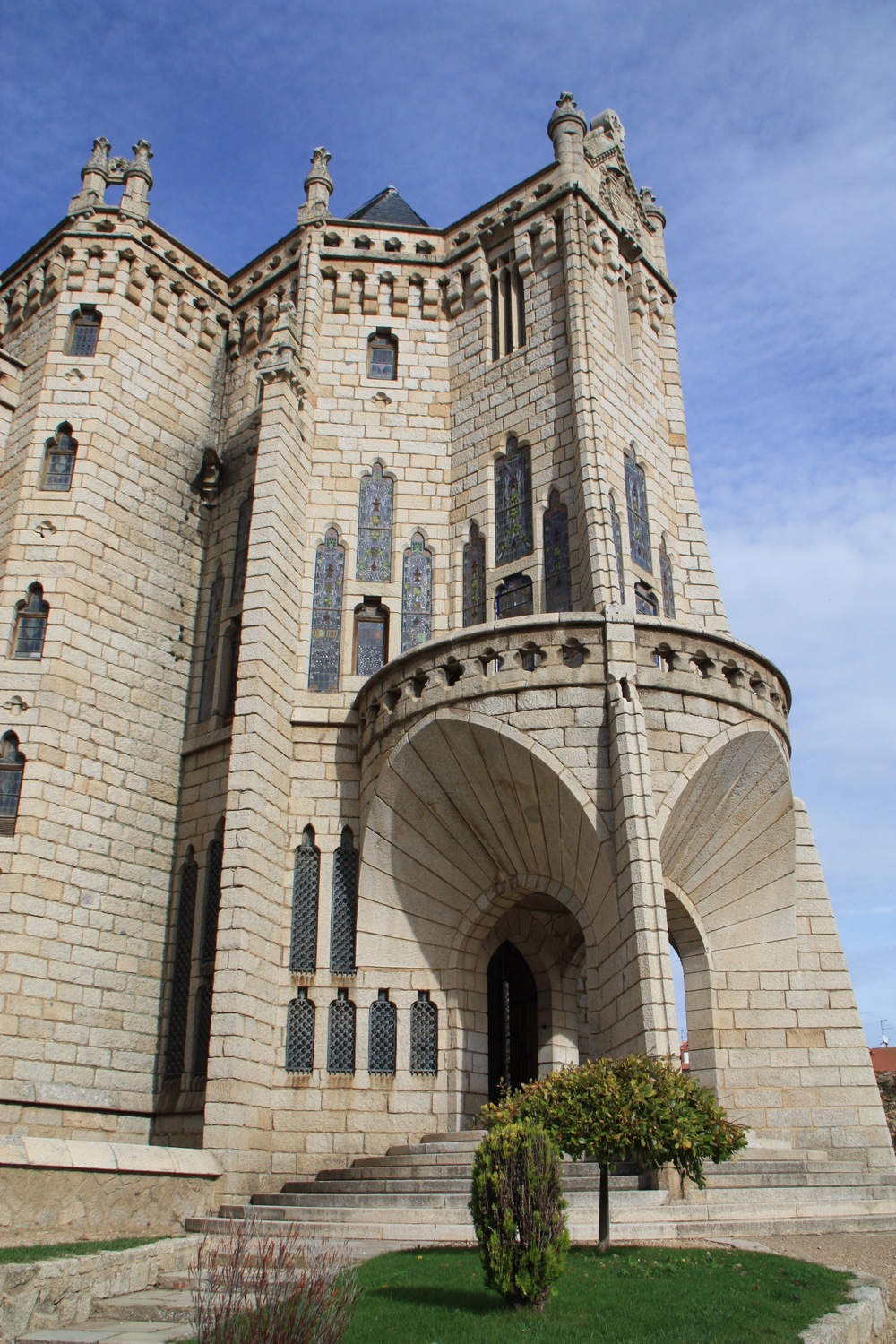 When he was appointed bishop of Astorga, Joan Baptista Grau i Vallespinós asked Gaudí to design a new episcopal palace for the city, as the previous building had caught fire.

When Gaudí received the commission, he was still working at the Palau Güell in Barcelona, and thus he could not move to Astorga to study the terrain and the area of the new construction. He therefore asked the bishop to send him photographs so Gaudí could plan the new project. Gaudí sent back his design, and it was approved in February 1889. The first stone was placed in June the following year.

Constructed between 1889 and 1915, in a neo-Gothic style with four cylindrical towers, it was surrounded by a moat. The stone with which it was built (grey granite from the El Bierzo area) is in harmony with its surroundings, particularly with the cathedral in its immediate vicinity, as well as with the natural landscape, which in late 19th-century Astorga was more visible than today.

The porch has three large flared arches, built of ashlar and separated by sloping buttresses. The structure is supported by columns with decorated capitals and by ribbed vaults on pointed arches, and topped with Mudejar-style merlons. Gaudí devised a five-meter tall angel to crown the façade, but it was never mounted.

Gaudí resigned from the project in 1893, at the death of Bishop Grau, due to disagreements with the Chapter, and it was finished in 1915 by Ricardo García Guereta. 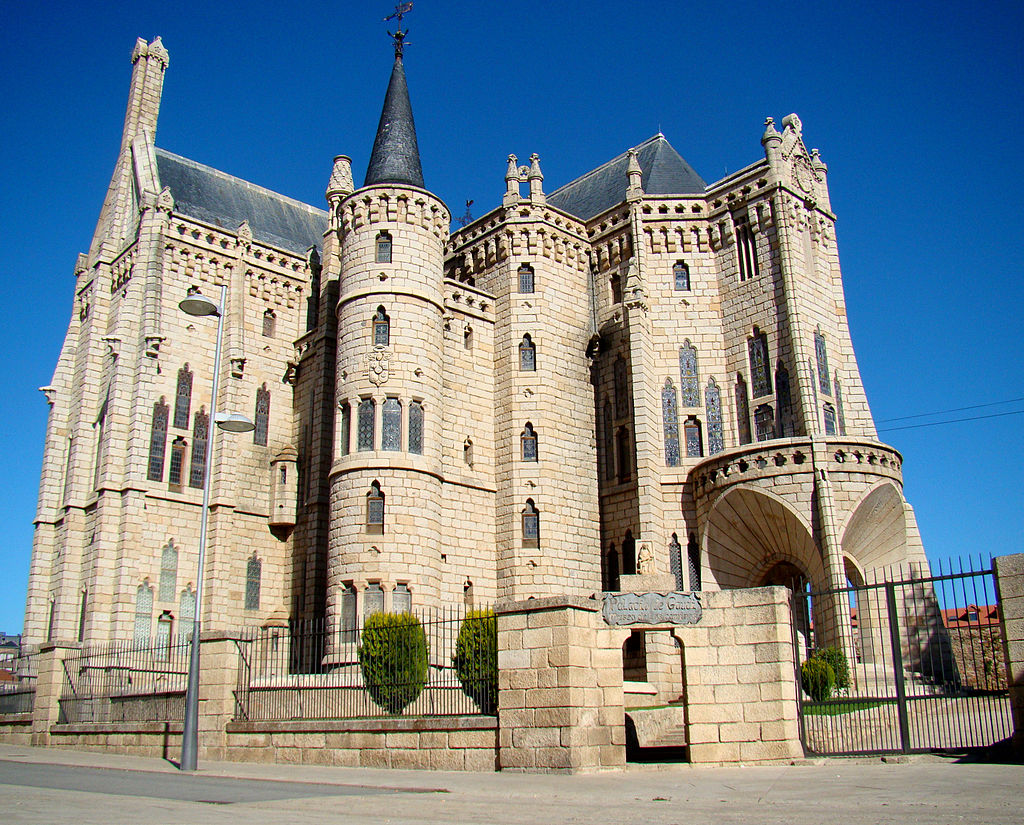 During the Spanish Civil War, the building served as the local headquarters of the Falange. In 1956 Julià Castelltort, a Catalan, began restoration works to adapt the building as a bishop's residence. Later, Bishop Marcelo González Martín promoted the conversion to the current role of the palace, a museum of religious art called Museo de los Caminos, dedicated to the Way of Santiago.   Thus at the moment, the palace houses a museum about the Way of Saint James, which passes through Astorga.