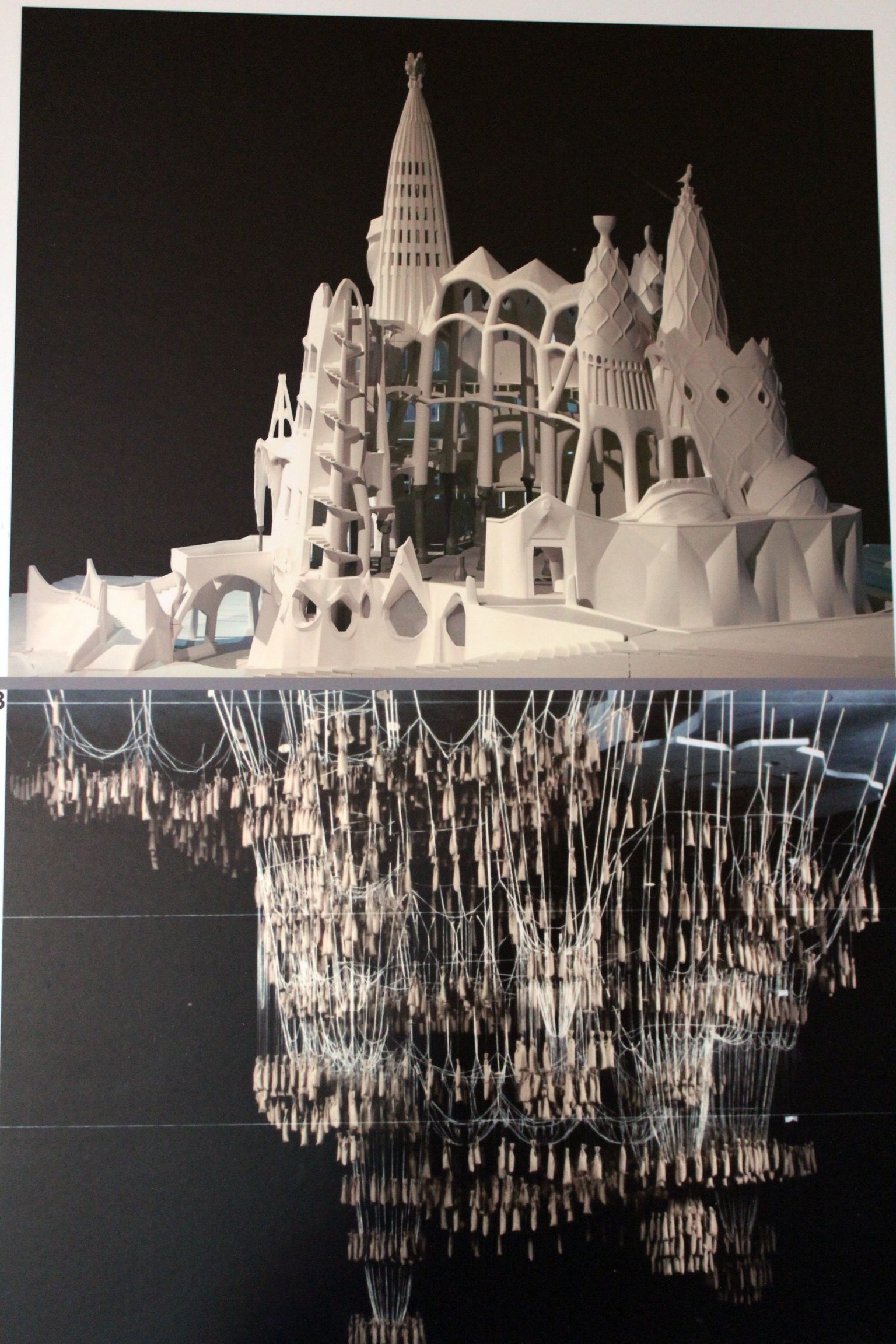 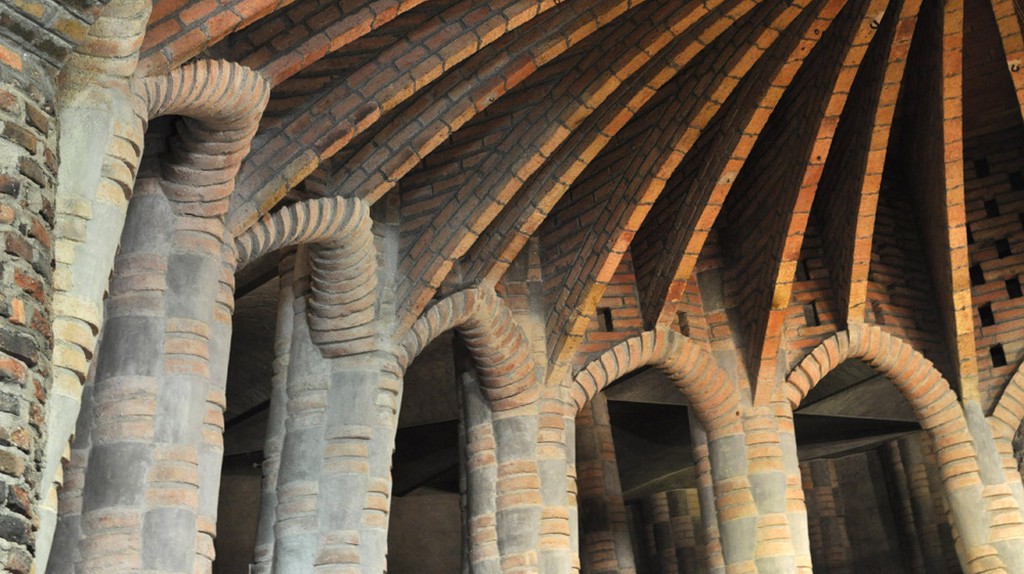 The project began in 1890, and the factory, service buildings and housing for the workers were constructed. What would have been the colony's church was designed by Gaudí in 1898, though the first stone was not laid until 4 October 1908. Unfortunately only the crypt (known today as Crypt of the Colònia Güell) was built.

In 2005 the Colonia Güell was declared a UNESCO World Heritage site alongside six other masterpieces by Antoni Gaudí. Despite this it remains relatively unknown to the public and attracts nowhere near the same attention as counterparts in Barcelona. However, for architecture aficionados and admirers of Gaudí’s work it is one of his most fascinating and intriguing masterpieces. 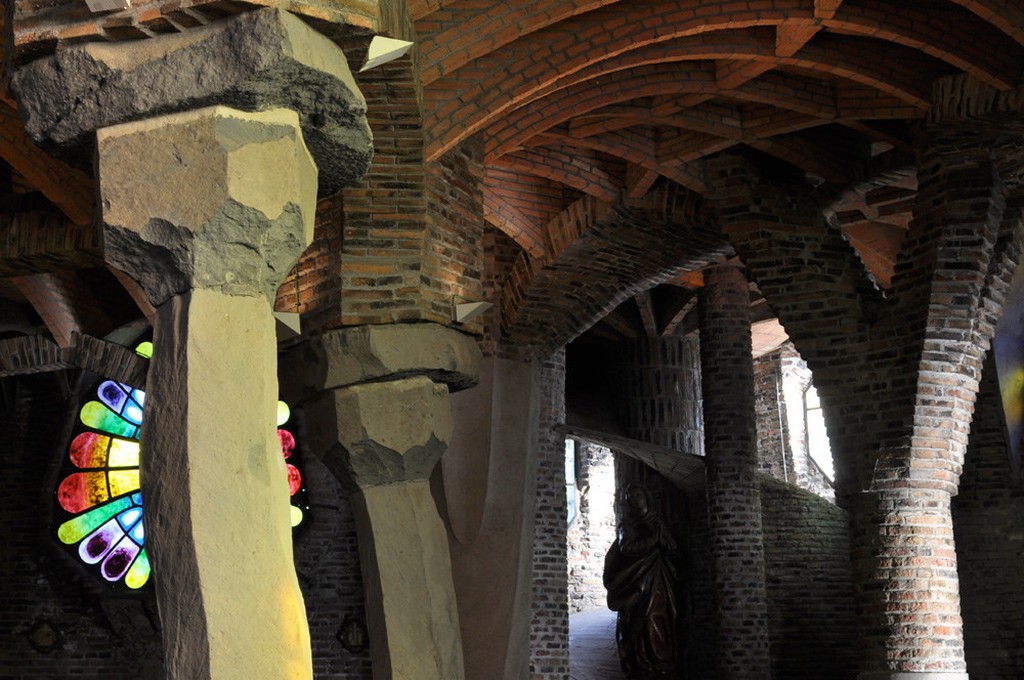 Catalonia has long been the historic industrial backbone of Spain, home to many of the country’s most important factories and one of its largest workforces. Back in the late 19th century, at the height of Spain’s industrial revolution, the success of Catalan industry caused new problems for local factory owners: the growing demand for land was increasing the cost of constructing factories inside the city. However, unless there was an abundant workforce on hand elsewhere, the factories were tied to the city.

A turning point arrived when factory owners began to construct what were referred to as ‘worker colonies’ – large estates comprising both a factory as well as housing for the workers, schools, hospitals, markets and shops. It soon became apparent that it was more economical and practical to build an entire estate in the countryside than to build a factory in the city.

Located in the small community of Santa Coloma de Cervelló, construction on the Colonia Güell began in 1890 under the instruction of Catalan entrepreneur Eusebi Güell. A successful businessman, Güell was also a social innovator who cared about the working conditions and well-being of his employees. In fact, another site in Barcelona which bears his name – the Park Güell – was designed as a utopian private estate located away from the smog of the inner city. His vision for the Colonia Güell included creating places for the arts and culture, as well as relatively decent accommodation for the time. 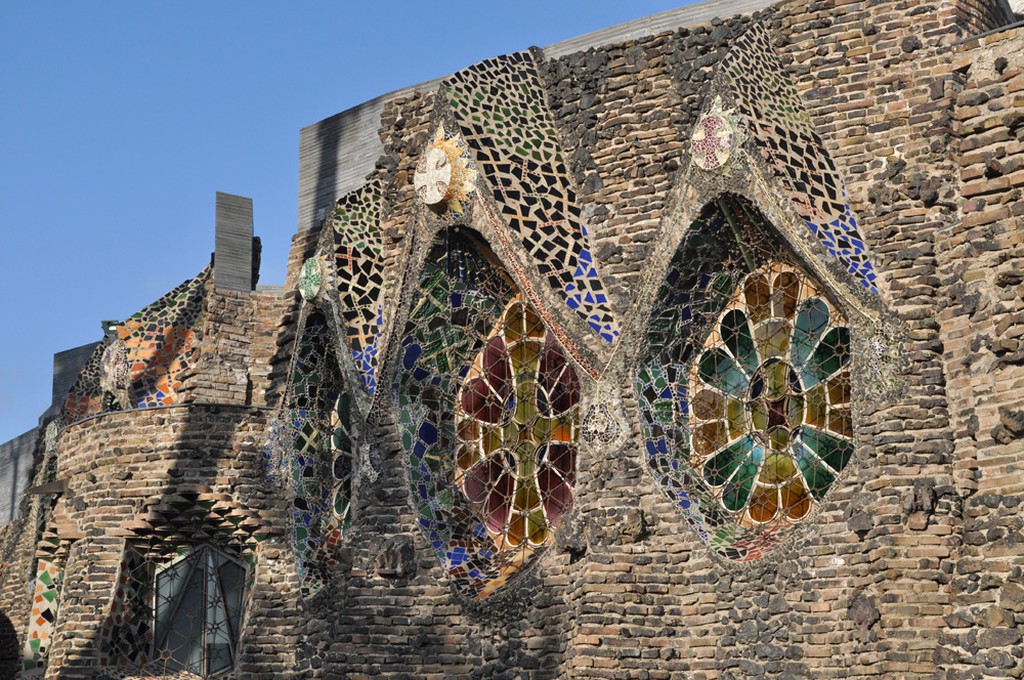 A great appreciator of architecture and supporter of the Catalan Modernist movement, Güell requested that his friend Antoni Gaudí, as well as other notable architects from the time, help design the Colonia Güell. Specifically, Güell asked Gaudí to set to work on designing the colony’s church and is rumoured to have told the architect he had complete liberty to do whatever he pleased.

For Gaudí, this was an opportunity to practice some of his most innovative techniques and designs – many of which would later be used in the construction of the world-famous Sagrada Família. Some of the most distinctive elements of Gaudí’s design were incorporated into the church, including leaning pillars and catenary arches, as well as the use of organic shapes and symbolism.

Gaudí designed an oval [egg shaped] church with five aisles, one central aisle and two at either side.. A porch of hyperbolic paraboloid vaults precedes the crypt, the first time that Gaudí used this structure and notably the first use of paraboloid vaults in the history of architecture. In the crypt the large hyperboloid stained glass windows stand out, with the shapes of flower petals and butterfly wings. Inside, circular brick pillars alternate with slanted basalt columns from Castellfollit de la Roca.

The original design of the church called for the construction of two naves, lower and upper, topped by different towers and a 40m high central dome. A model of the design, which was placed in a pavilion nearby the construction site, showed a striking resemblance to the final design of the Sagrada Família. However, in 1914 the project was brought to an end when Güell decided to withdraw funding for the construction of the church. The existing nave – the only one to have been constructed – was consecrated just a few years later, by which point the church had begun to be known locally as the ‘crypt’ owing to its single chamber structure.
Güell's sons abandoned the project after his death in 1918. 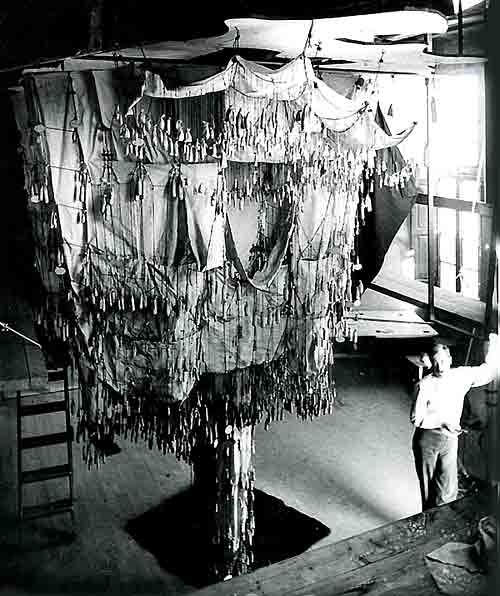 Gaudí was able to conceive his designs in three dimensions, unlike the flat design of traditional architecture. He used to say that he had acquired this spatial sense as a boy by looking at the drawings his father made of the boilers and stills he produced. Because of this spatial conception, Gaudí always preferred to work with casts and scale models or even improvise on-site as a work progressed. Reluctant to draw plans, only on rare occasions did he sketch his works—in fact, only when required by authorities.

But, one of Gaudí's innovations in the technical realm was the use of a scale model to calculate loads and stress on structures.  For the church of the Colònia Güell, he built a 1:10 scale model with a height of 4 metres (13 ft) in a shed next to the building. There, he set up a model that had strings with small bags full of birdshot hanging from them. On a drawing board that was attached to the ceiling he drew the floor of the church, and hung the strings (for the catenaries) with the birdshot (for the weight) from the supporting points of the building—columns, intersection of walls.

These weights produced a catenary curve in both the arches and vaults. At that point, he took a picture that, when inverted, showed the structure for columns and arches that Gaudí was looking for. Gaudí then painted over these photographs with gouache or pastel. The outline of the church defined, he recorded every single detail of the building: architectural, stylistic and decorative.

In 2000, local architects set about repairing the crypt. This took away aspects of the unfinished nature of the buildings. However, it did present a more tourist-friendly structure, and now visitors can stand on the roof, which would have been the church floor. 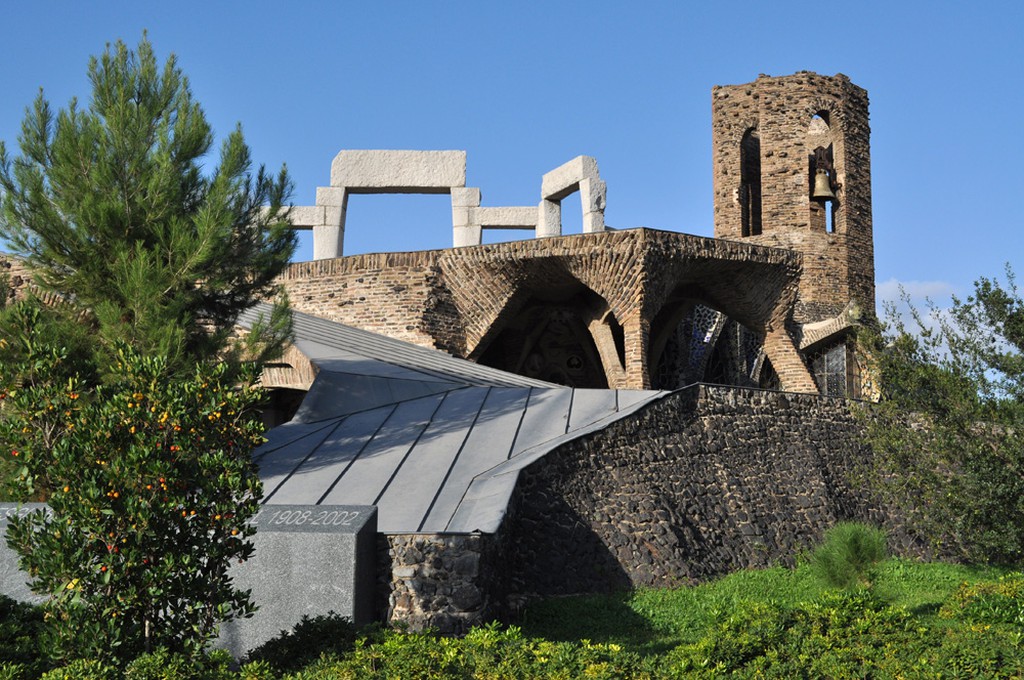