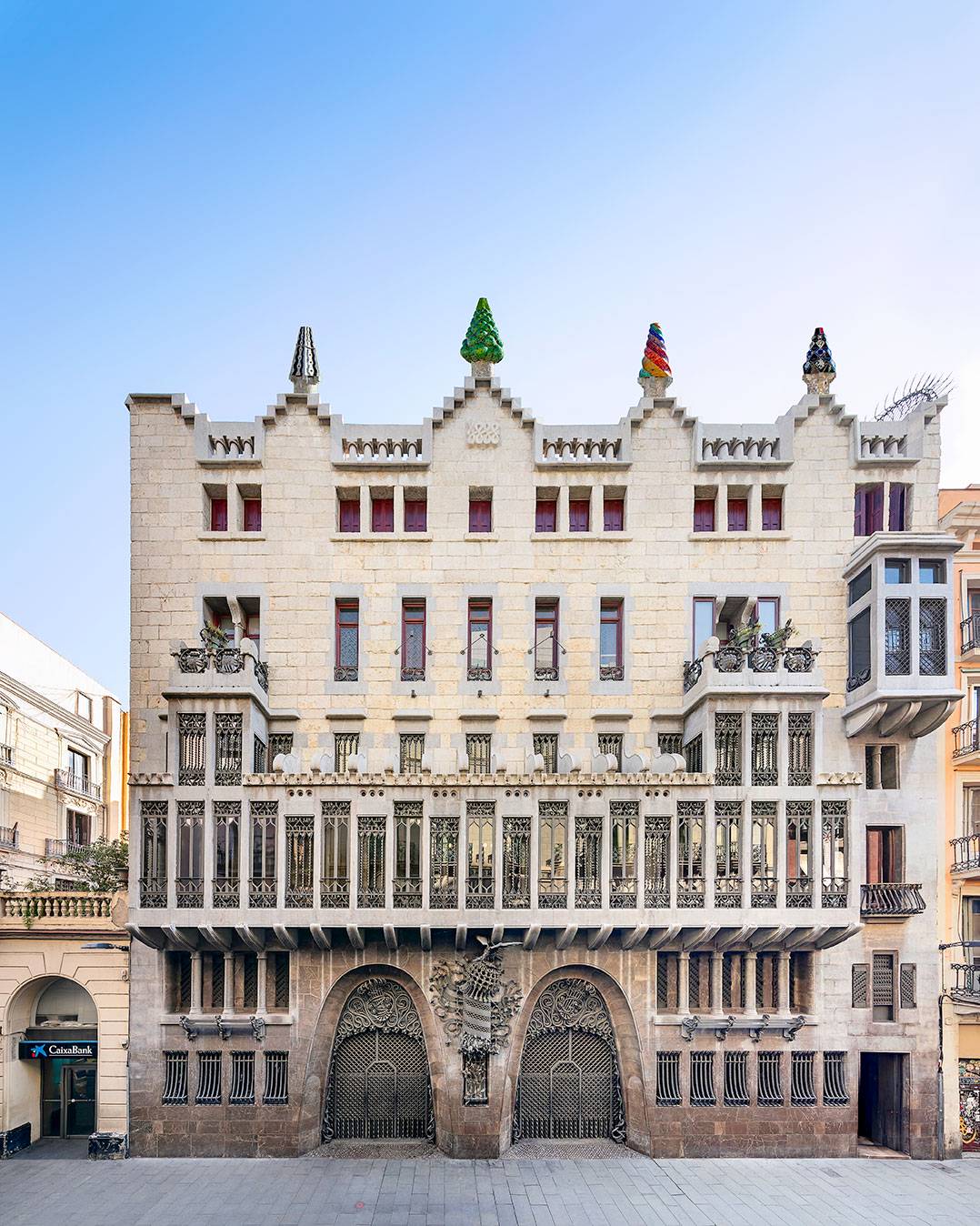 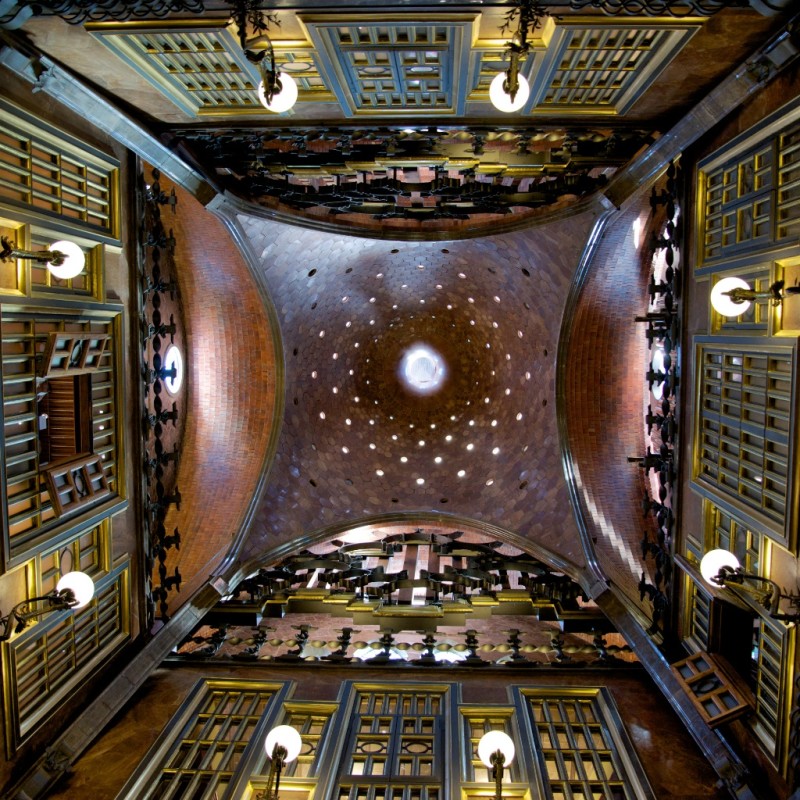 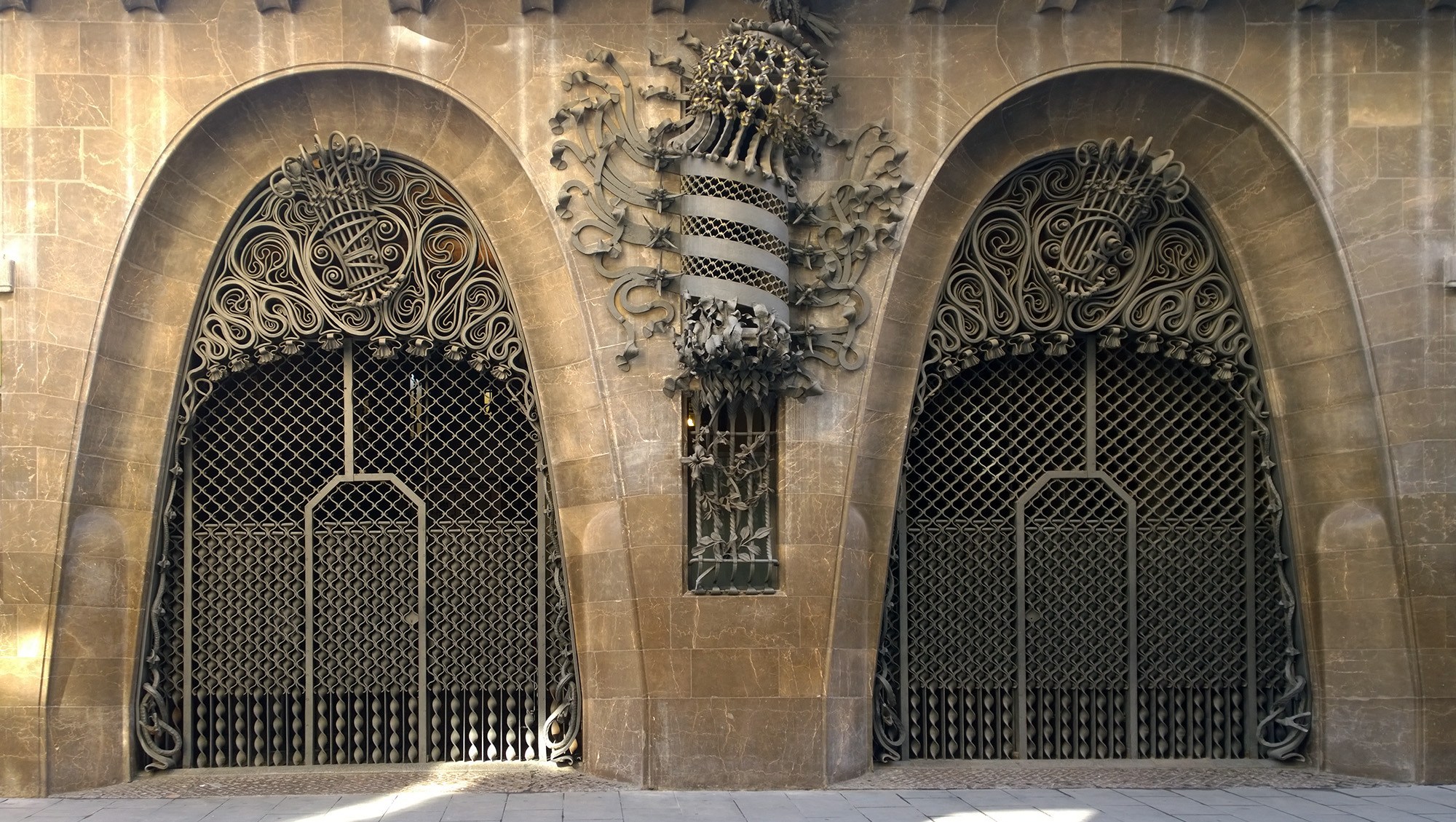 One of Gaudí’s most important commissions from Güell was the construction of his family house, in the Carrer Nou de la Rambla in Barcelona. The Palau Güell (1886–1888) continues the tradition of large Catalan urban mansions such as those in Carrer Montcada.

Gaudí designed a monumental entrance with a magnificent parabolic arch above iron gates, decorated with the Catalan coat of arms and a helmet with a winged dragon, the work of Joan Oñós. 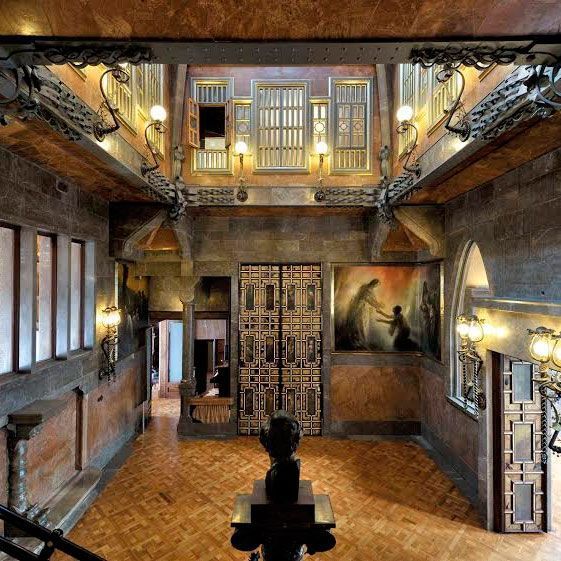 A notable feature is the triple-height entrance hall; it is the core of the building, surrounded by the main rooms of the palace, and it is remarkable for its double dome, parabolic within [egg]  and conical on the outside [cone].

For the gallery on the street facade Gaudí used an original system of catenary arches and columns with hyperbolic capitals, a style he used only here.

He designed the interior of the palace with a sumptuous Mudejar-style decoration, where the wood and iron coffered ceilings stand out.

The chimneys on the roof are a remarkable feature, faced in vividly coloured ceramic tiles, as is the tall spire in the form of a lantern tower, which is the external termination of the dome within, and is also faced with ceramic tiles and topped with an iron weather vane.

Eusebi Güell wanted all that was new in culture in Catalonia to come from his palace. 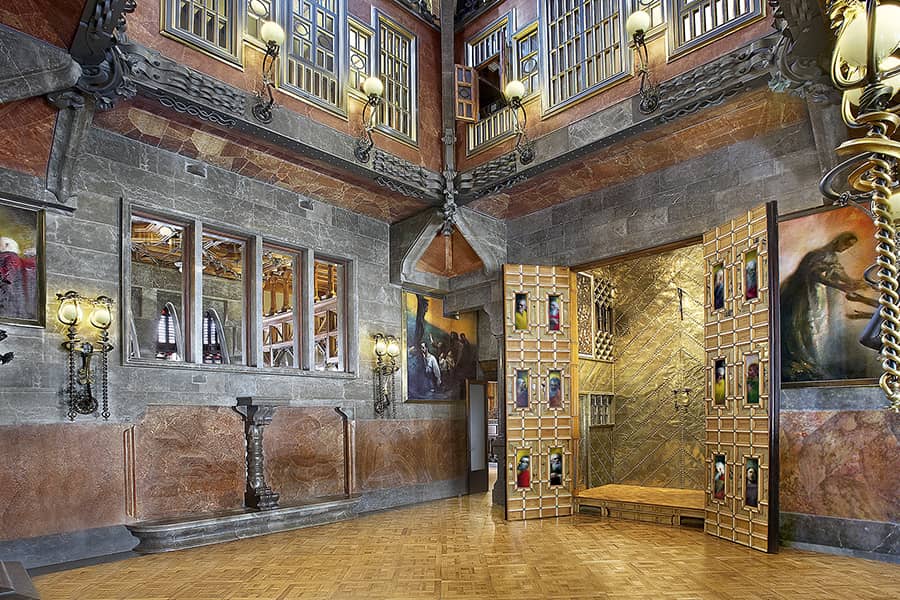 Gaudí put forward up to 25 drafts before Guell was happy and he eventually managed to transform the old palace into an incredible edifice inspired by oriental art but in accordance with the structure of Italian Renaissance palaces. What most attracts attention is the contrast between the austerity of the façade and the grandeur of the entrance doors, devised so that guests passed through them on their horses – a complete innovation as they reached the stables via a ramp.

Another innovative element that had not been known of until then was the chimneys of the palace, on which Gaudí experimented for the first time with the trencadís technique until he got the spectacular effect achieved in Casa Batlló or in La Pedrera.

Palau Güell did not emerge unscathed from Spain’s internal troubles.  It became a police station when Civil War broke out. 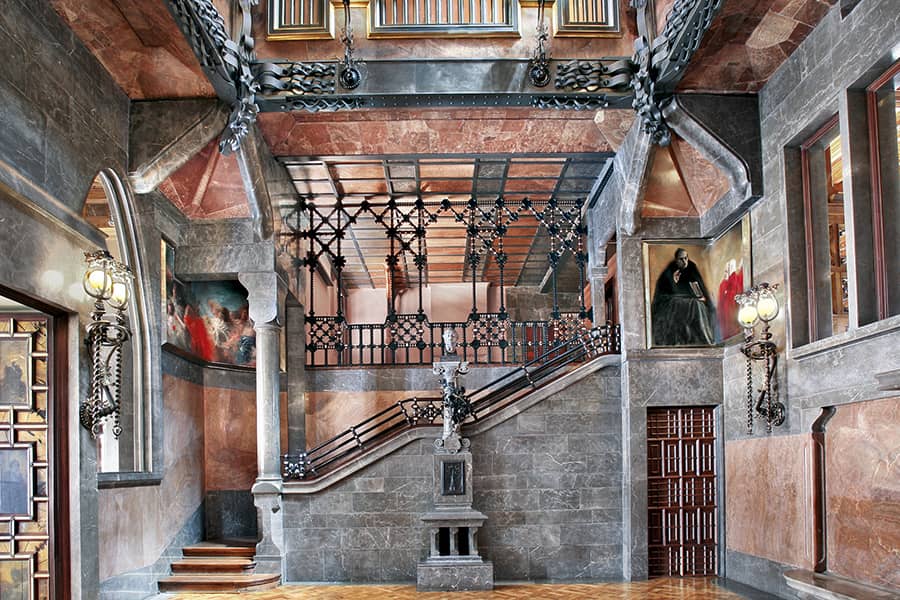 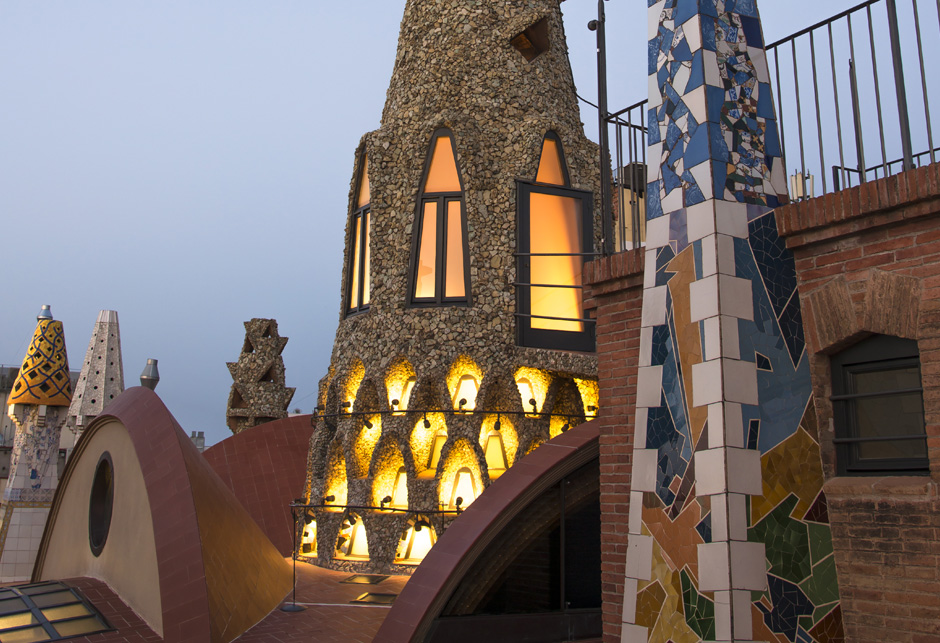