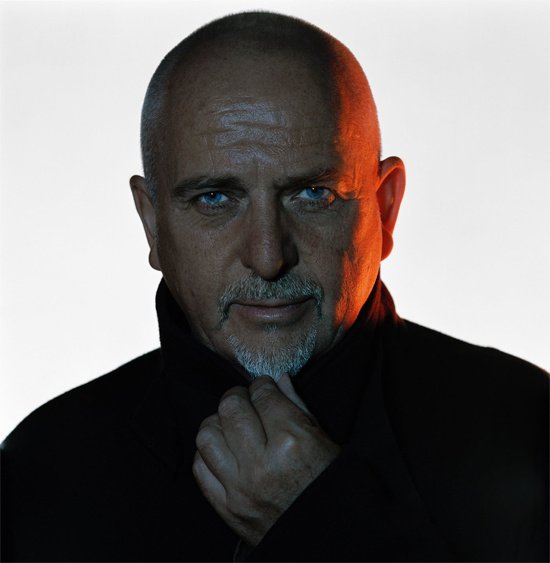 When Peter Gabriel left Genesis he blamed his vegetable patch. The English prog rock band had just broken through to the mainstream with sprawling concept album The Lamb Lies Down On Broadway and were standing on the verge of international superstardom but the enigmatic frontman announced that he'd had enough. While it was true that Gabriel had been spending a lot of time tending to his cabbages in the garden of his small cottage in the Cotswolds, it was other, more serious matters of nurturing that required his attention. In 1974 his daughter Anna-Marie was born breech and then developed a serious infection, which left her fighting for life during her first six months. So despite being massively in debt and just about to hit paydirt, he ditched his career to become a family man and start creatively from scratch.

As well as being a young dad, the next two years were spent reading about world religion, art and philosophy, widening his knowledge of various forms of African, Asian and South American music and becoming an early devotee of punk and post punk. (If the official line was that punk was the enemy of prog rock, then no one told him - he was an attendee at several pre-fame Sex Pistols shows.) And while none of this neophilia, experimentation and intellectual endeavour revealed itself in the first song he wrote post Genesis, the apres-Hippy anthem, 'Solsbury Hill' - it soon would on a series of fantastic albums, including the monumental Peter Gabriel (aka Three aka Melt) and the world conquering So. This intense, initial period of change and growth was bookended by two more births in 1976: that of his solo career and that of his second daughter, Melanie.

Melanie Gabriel has performed backing vocal duties in her father's band for some time now and is one of a dizzying cast of musicians who appear on his latest album New Blood - a collection of his songs performed with an orchestra.

Another dichotomy I've read about regarding you is that you're someone who freely chases altered states of mind whether by hanging upside down by your ankles, or meditating, or spending time in flotation tanks or by reading esoteric works but contrary to popular belief, you don't take drugs.

PG: No. The only drug I was interested in was LSD but I look at my nine-year-old son now and he gets scared shitless by his dreams and nightmares and I think I was the same as a young man - I didn't really want to amplify what was already vivid to me. But I was curious and I've got drunk, I've smoked dope but not regularly.

One time I was trying to write lyrics and I was stuck. The road crew had baked a hash cake and I thought that might help. I had this empty page staring at me and I thought, 'What the fuck do I do?' I started eating it and I was thinking, 'This just doesn't do anything.' So then I ate all of it. Ha ha ha. Then I thought, 'It's still not doing anything, I don't understand it.'

So I sat down at my desk and there was this surge of silver metal that came shooting up my spine and exploded in the front of my head and I started hallucinating. I was absolutely certain I was going to die. I had a cassette recorder with me for lyrics and I thought, 'Ok, well I'll keep this with me to record my last words.' I started heading home to where Jill [his wife at the time] and the kids were. It was about a mile across some fields and a stream. If you listen to the tape now you can hear me fall into the stream and start swearing. I was trying to get my last words down but then I fell in a bramble bush. Eventually I got home and my wife saw me covered in blood and scratches and mud, she thought I'd been in a car crash but still holding onto a tape recorder for some reason.

In between all the tumbles, did you have any words of wisdom for yourself?

PG: Yes! I realised that life was four video machines slightly out of sync. [laughs] And that I was the only person who was going to be given this information.