Freddie was at Isleworth Polytechnic (now West Thames College) in West London where he studied art. He ultimately earned a diploma in Art and Graphic Design at Ealing Art College (now the Ealing campus of University of West London).

In April 1970, Mercury joined guitarist Brian May and drummer Roger Taylor. Despite reservations of the other members and Trident Studios, the band's initial management, Mercury chose the name "Queen" for the new band.

The term ‘king and queen’ is a symbolic one and applies to the spiritual path.  If one has become enlightened and opened the crown chakra, one symbolically becomes a king or queen.  The use of the word Queen for the band would have been in part a joke, but in chess the queen is the more active part of the game, whereas the king is generally simply defended.  So symbolically Freddie was demonstrating that the band would be spiritually active!

He later said, "It’s very regal obviously, and it sounds splendid. It’s a strong name, very universal and immediate. I was certainly aware of the gay connotations, but that was just one facet of it."

Freddie designed Queen's logo, called the Queen crest, shortly before the release of the band's first album.  Again it shows all the signs of someone who was well aware of the symbolic meaning of the symbols chosen.   The logo combines the zodiac signs of all four members:

The lions embrace a stylised letter Q, which is actually not a Q at all, but a symbol for the cosmic egg.

The crab rests atop the letter with flames rising directly above it, and the fairies are each sheltering below a lion. There is also a crown inside the Q and the whole logo is over-shadowed by an enormous phoenix.

The flames have a meaning in themselves, but there are two very key parts of Zoroastrianism – fire and water.  The list below explains the symbolism.  It is complex and ingenious – the work of a true magician. 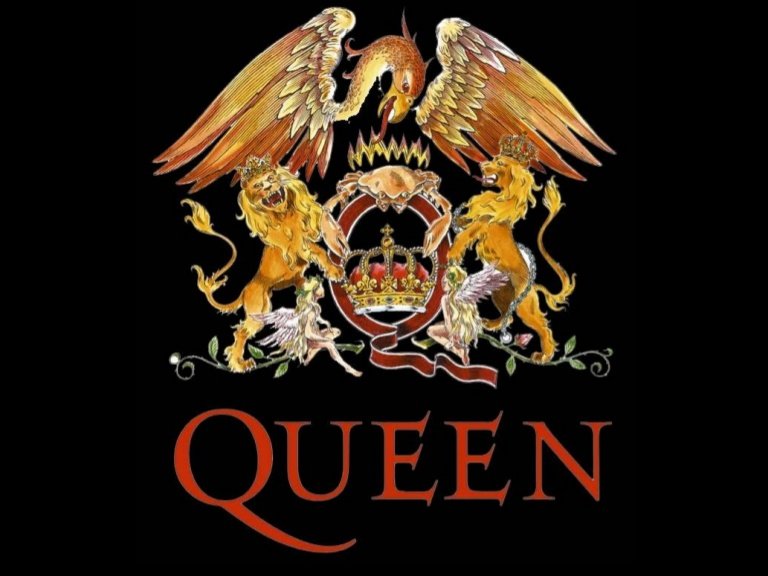 Egg
Signs of the Zodiac