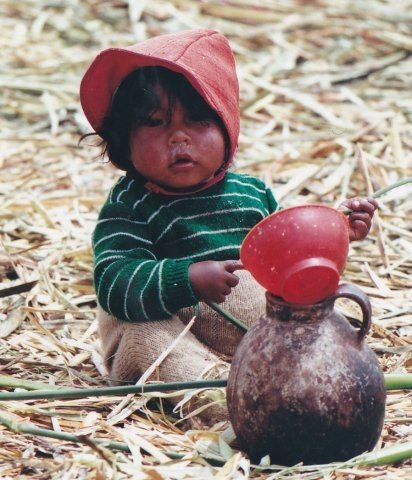 During 1987-92 Johan Reinhard directed underwater archaeological investigations off the Island of the Sun, recovering Inca and Tiahuanaco offerings. These artifacts are currently on display in the site museum of the village of Challapampa.

They say that  while the Indians were having a big festival, they heard sad voices, and a while later a stag burst in among them running at full speed.

From this the sorcerers determined that the Spaniards knew about their sanctuary and about the treasures that were there. In addition, they realized that very soon the Spaniards would come there, as in fact they did.

And the Indians were so clever in hiding the treasure that it has never been found. It is believed that they transferred it to other islands. However, others say that the attendants who were here at that time either buried it or threw it into the lake so that the Spaniards would not be able to have it.

While I was in this province in the year 1616,I heard the report that there is a great deal of wealth on Coata Island, and at that time certain Spaniards went there on a boat, but they were unable to find anything.