These days, in our commercially oriented culture, animal imagery is often used in advertising or as a business logo because we intuitively respond to the meaning of each animal’s attributes.  We know what the jaguar means when it comes to a sports car – it will be sleek, fast and elite, just as the animal is one of the swiftest and most revered of the jungle.

The jaguar is the king of the Amazon rain forest and the most important animal for the jungle shaman because it represents the power of transformation.  It’s of such primary importance that anthropologist Peter Furst writes ‘shamans and jaguars are not merely equivalent, but each is the same as the other’

This should come as no surprise.  In the lore of the rain forest peoples, jaguars are seen as the caretakers of the jungle because they’re at the top of the food chain and have no predators other than man

By weeding out the weaker animals of the forest, the jaguar helps eliminate that which must die in order for the new to be born.  Thus this creature teaches us that crisis becomes a time of opportunity and death is a call to rebirth.  In the jungle, survival entails constant renewal – and the jaguar is a force of change, of life and death.  The Laika understand that stable, steady states are only temporary, because everything in the universe is always dying and being reborn….. 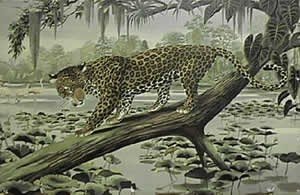 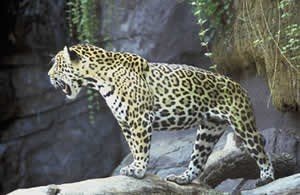