Doré, Gustave - The Bible - The Flood

5 And God saw that the wickedness of man was great in the earth, and that every imagination of the thoughts of his heart was only evil continually.

6 And it repented the Lord that he had made man on the earth, and it grieved him at his heart.

7 And the Lord said, I will destroy man whom I have created from the face of the earth; both man, and beast, and the creeping thing, and the fowls of the air; for it repenteth me that I have made them.

8 But Noah found grace in the eyes of the Lord.

11 In the six hundredth year of Noah’s life, in the second month, the seventeenth day of the month, the same day were all the fountains of the great deep broken up, and the windows of heaven were opened. 12 And the rain was upon the earth forty days and forty nights. ...............

17 And the flood was forty days upon the earth; and the waters increased, and bare up the ark, and it was lift up above the earth.

18 And the waters prevailed, and were increased greatly upon the earth; and the ark went upon the face of the waters.

19 And the waters prevailed exceedingly upon the earth; and all the high hills, that were under the whole heaven, were covered.

20 Fifteen cubits upward did the waters prevail; and the mountains were covered.

22 all in whose nostrils was the breath of life, of all that was in the dry land, died.

23 And every living substance was destroyed which was upon the face of the ground, both man, and cattle, and the creeping things, and the fowl of the heaven; and they were destroyed from the earth: and Noah only remained alive, and they that were with him in the ark.

24 And the waters prevailed upon the earth an hundred and fifty days. 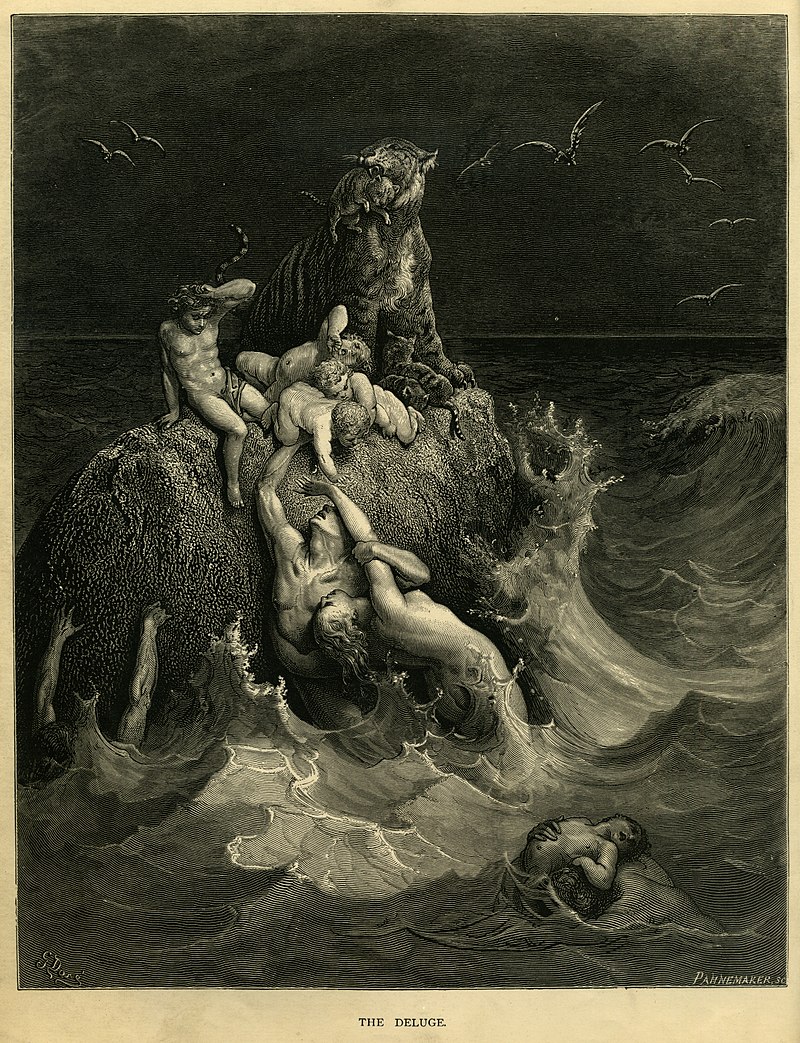