Delos - 07 The Terrace of the Lions

The Terrace of the Lions was according to Greek sources ‘dedicated to Apollo’ by the people of Naxos.  But this dedication took place shortly before 600 BCE.  The terrace originally had nine to twelve ‘squatting, snarling marble guardian lions’ along the Sacred Way; one is inserted over the main gate to the Venetian Arsenal.  As Wikipedia says “ The lions create a monumental avenue comparable to Egyptian avenues of sphinxes.” Today only seven of the original lions remain.

Delos was part of the Mycaenean empire for a time and we can see the same type of ‘lions’ in The Lion Gate , which was the main entrance of the Bronze Age citadel of Mycenae, southern Greece. 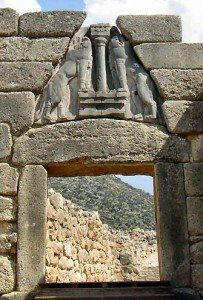 It was erected during the 13th century BC in the northwest side of the acropolis and is named after the relief sculpture of two lionesses or lions in a heraldic pose that stands above the entrance.  We have provided a photo for comparison.  The Lion Gate is the sole surviving monumental piece of Mycenaean sculpture, as well as the largest sculpture in the prehistoric Aegean.  It is the only monument of Bronze Age Greece to bear an iconographic motif that survived without being buried underground, and the only relief image which was described in the literature of classical antiquity, such that it was well known prior to modern archaeology.

If these are lions, they have a symbolic meaning as lions, but we should also consider the possibility that both the sanctuary in Mycenae and this one at Delos were both sanctuaries of Dionysus, and that these creatures were not lions, but either cheetahs or panthers – the sacred mount of Dionysus.  We can see this in the mosaic of Dionysus, with the thyrsus, and hanging from the thyrsus a purse, the symbol of sexual restraint – no ejaculation – keep the semen in the purse and thus build up sexual energy. 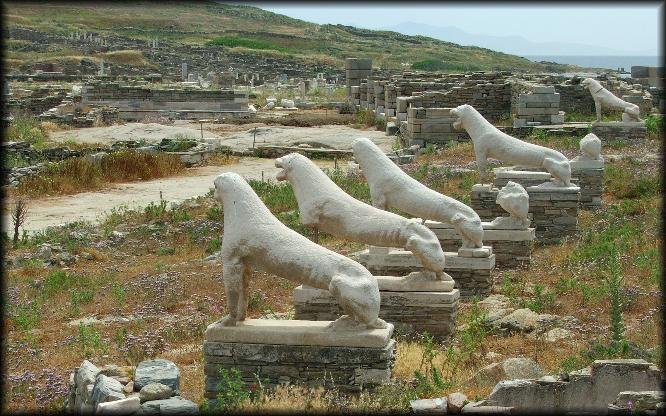 The House of Dionysus' is a luxurious 2nd century private house named for the floor mosaic of Dionysus riding a panther. 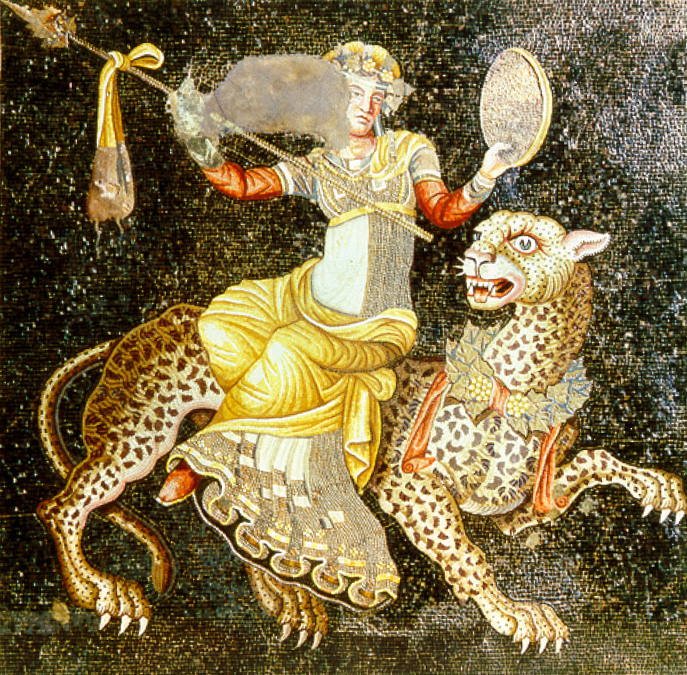 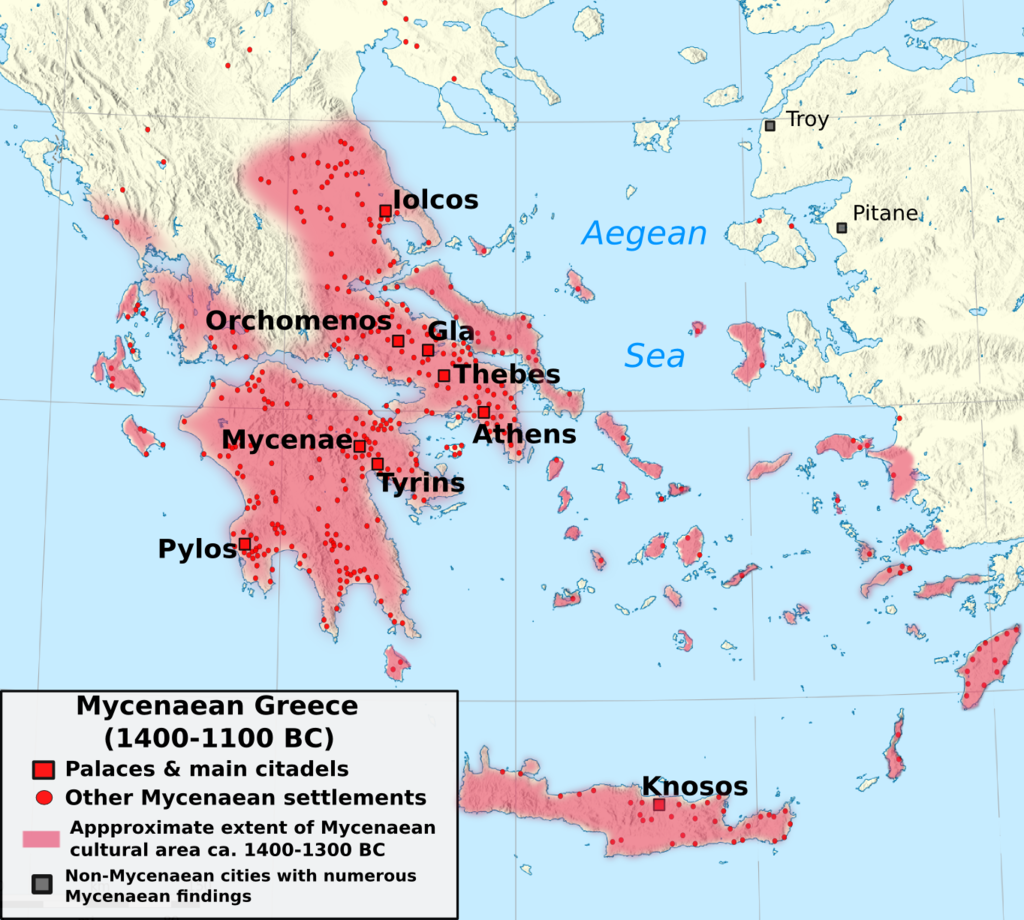