The Temple of the Delians is dedicated to Apollo and is a classic example of the Doric order. Beside the temple, however was once a colossal Kouros, only parts of which remain extant. It is dated to the 6th Century BCE, at about the time that the [Aryan] Greeks were removing the [Dravidian]  Dionysus and replacing him with Apollo.  Parts of the upper torso and pelvis remain in situ, a hand is kept at the local museum and a foot in the British Museum.

Archaeologists have assumed the kouros is of Apollo, but it looks more likely that the statue was pulled down and the Temple built instead.

A kouros (Ancient Greek: κοῦρος, plural kouroi) is the modern term given to free-standing sculpture of the Archaic period in Greece representing ‘nude male youths’. Apollo was occasionally shown nude, but both Shiva and Dionysus were too – nakedness indicates a high level of spirituality.  As Wikipedia says these were “previously thought to be depictions of Apollo by V. I. Leonardos in 1895”.

Fragment of a foot from a colossal statue together with part of the plinth in the same block. The fragment consists of the four greater toes of the left foot. The end of the great toe and all the top of the fourth are split away and the others are weathered. The work is primitive, the toes being shown as cylinders with rounded ends decreasing successively in size. The plinth has the right front corner broken off, and the upper half is weathered, but the surface is preserved in the lower part of the front and on the sides; the left side is rectangular, the right side obtuse, with the front. There is a large dowel hole in the middle of each side. The back is broken away. The bottom is a roughly worked bed, with an uneven surface.
Naxian marble. 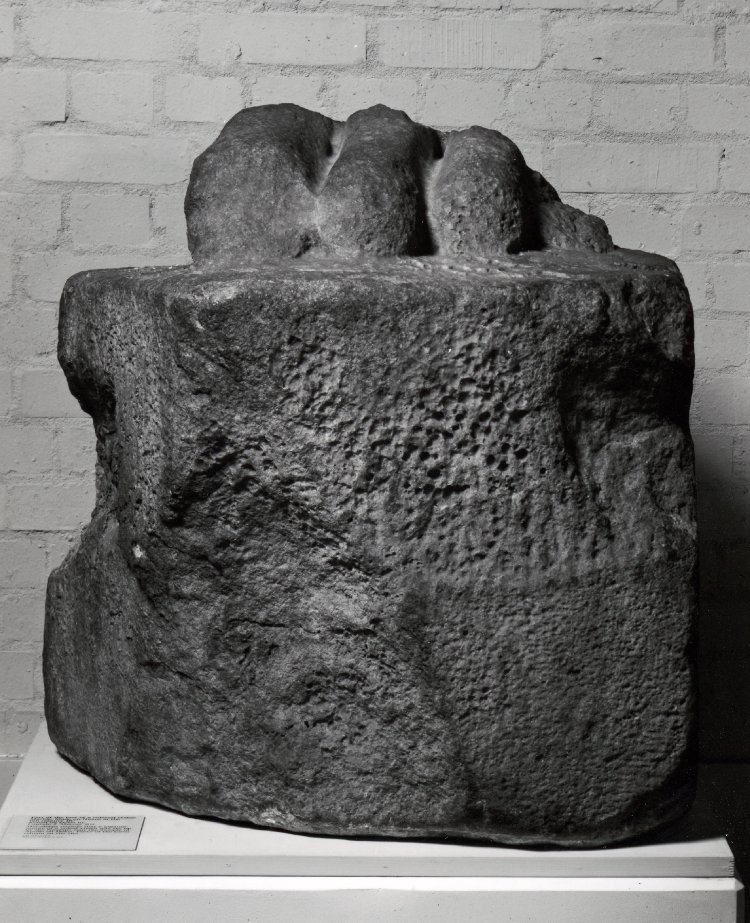