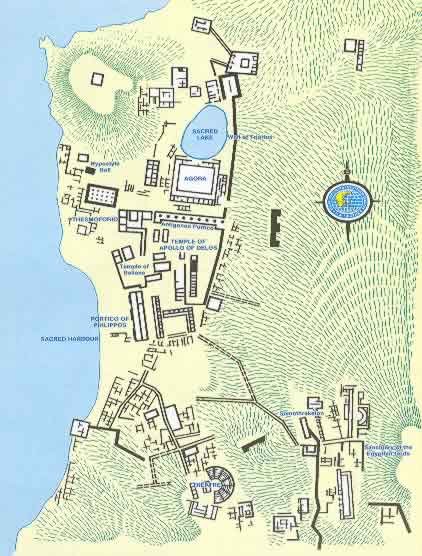 Thucydides identifies the original inhabitants as Carians.  The Carians appear in records of the early centuries of the first millennium BC; Homer's writing about the golden armour or ornaments of the Carian captain Nastes, reflects the reputation of Carian wealth, these people were not ‘primitive’.

In attempting to find out more, we cannot rely too much on Greek writing, as the Greeks were Aryans and the inhabitants of the islands were Dravidian – they may even have been dark skinned – like the Ethiopians.

Around 900 BC, sacred Delos was a major cult centre, where Dionysus was the only deity and the site a centre for the Mysteries, but it changed, eventually acquiring Greek Aryan Panhellenic religious as opposed to spiritual significance. The Aryans replaced the Dravidians and they used their own deities to do so.  Delos became a place of religious pilgrimage, as opposed to spiritual enlightenment as a result, particularly for the Ionians.

It also appears that the new religious elite decided to ‘clean-up’ Delos, removing the Dionysian connections and then adding their own gods – it gradually became the birthplace of the twin gods Apollo and Artemis.

Wikipedia
A number of "purifications" were executed by the city-state of Athens in an attempt to render the island fit for the proper worship of the gods. This first took place in the 6th century BC, directed by the tyrant Pisistratus who ordered that all graves within sight of the temple be dug up and the bodies moved to another nearby island. In the 5th century, during the 6th year of the Peloponnesian war and under instruction from the Delphic Oracle, the entire island was purged of all dead bodies.

This may not seem significant, but to a Dravidian this was a terrible act of sacrilege.  Dravidians buried their dead in special ‘houses’.  They still do in Southern India, and they visit the ‘houses’ to pay respect to their ancestors.  The importance of these houses can be judged by looking at the British Museum watercolour of the remains of one, it is a proper house, with a roof, - fit for a king in fact. 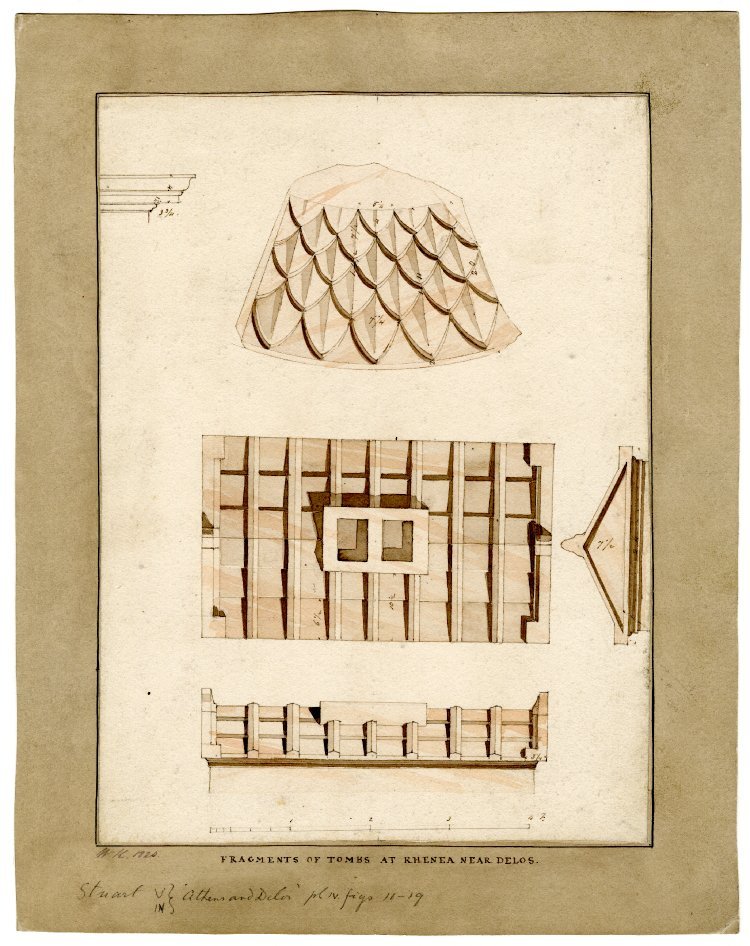 Adepts – those who had passed the tests of the Mysteries were known as kings and queens and it may have been one of the privileges of this branch of the Mysteries to be buried on this sacred island.  It must have been all the more shocking for the few remaining mystics here, to watch all their deceased mystic fellows – those who had become adepts – to be sacrilegiously dug up and dumped elsewhere.

It was then ordered that no one should be allowed to either die or give birth on the island due to its ‘sacred importance’.  The consequence of which would have been the old priests would have had to leave, if they hadn’t already.

Immediately after this ‘purification’, the first quinquennial festival of the Delian games were celebrated there, presumably as a sort of publicity exercise, showing that the site was now in the hands of the new, non Dionysian priests.  It is fairly clear that these priests were political not spiritual.  The site became from that point a political meeting place - a meeting-ground for the Delian League, founded in 478 BCE, with congresses being held in the temple (a separate quarter was reserved for foreigners and the sanctuaries of foreign deities.) The League's common treasury was kept here as well until 454 BCE when Pericles removed it to Athens.

Thus Delos was used as a political centre and later, according to Strabo in 166 BCE, a free port, used later by Roman traders to purchase tens of thousands of slaves captured in the wars following the disintegration of the Seleucid Empire.  As a spiritual centre it had ceased to operate 600 to 700 years before.

There is the assumption that Delos became uninhabited because - unlike other Greek islands – it did not have an indigenous, self-supporting community of its own.  But the reality may be that having driven away the mystics, there was little reason for anyone to visit it anymore. 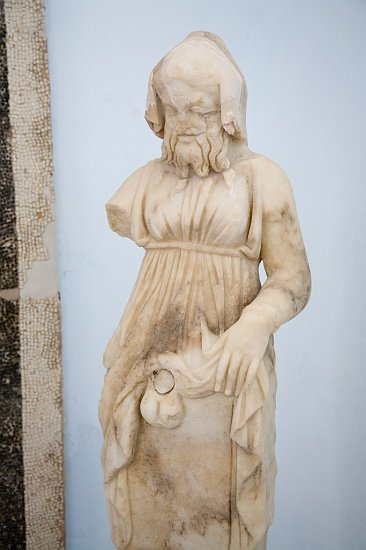