Danny Glover and his epilepsy 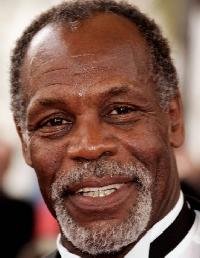 Danny Glover is perhaps best known for his roles in the ‘Lethal Weapon’ movies. Alongside playing the character of Sergeant Roger Murtaugh, he also appeared in blockbusters like ‘Top Gun’, ‘Pure Luck’ and ‘Maverick

An actor of many talents, including on the stage, Danny Glover says he suffered from epilepsy when he was a child and during some of his adult life. Epilepsy is a seizure disorder that affects the neurological system. A seizure occurs when there is a sudden surge of activity in the brain, and is never a disease itself, but rather the result or a symptom of a variety of disorders a person may have that affects the brain.

63-year-old Glover claims he had his first seizure at the age of 15, and could tell it was coming on because of an unbearable noise he would hear.

“Eventually, I could recognize it happening. Then I could say, wherever I was, ‘Something is happening to me. Please grab me. Please hold me. I’m about to have a seizure,’“ Glover writes in a blog on sharingmiracles.com

Today, Glover says he has not had a seizure since he was 35 years old, and puts it down to a type of self-hypnosis.

“But the incident that was really transformative to me in terms of this whole journey of epilepsy was when I was doing a play at the Eureka Theater in San Francisco, a local community theater, in 1977.

“And each time I said, ‘I will not have this seizure,’ I believed that I was not going to have a seizure. Each time, I got a little bit stronger, and the symptoms began to diminish to the point where I was ready to go on stage.

“I talked myself out of that seizure.

“And the moment that I finished the play and walked off the stage, I said to someone, ‘Grab me, I’m about to have a seizure.’”

What caused Danny Glover to begin having seizures at the age of 15 and for them to continue for a 20-year-period until he was 35 years old is unknown.