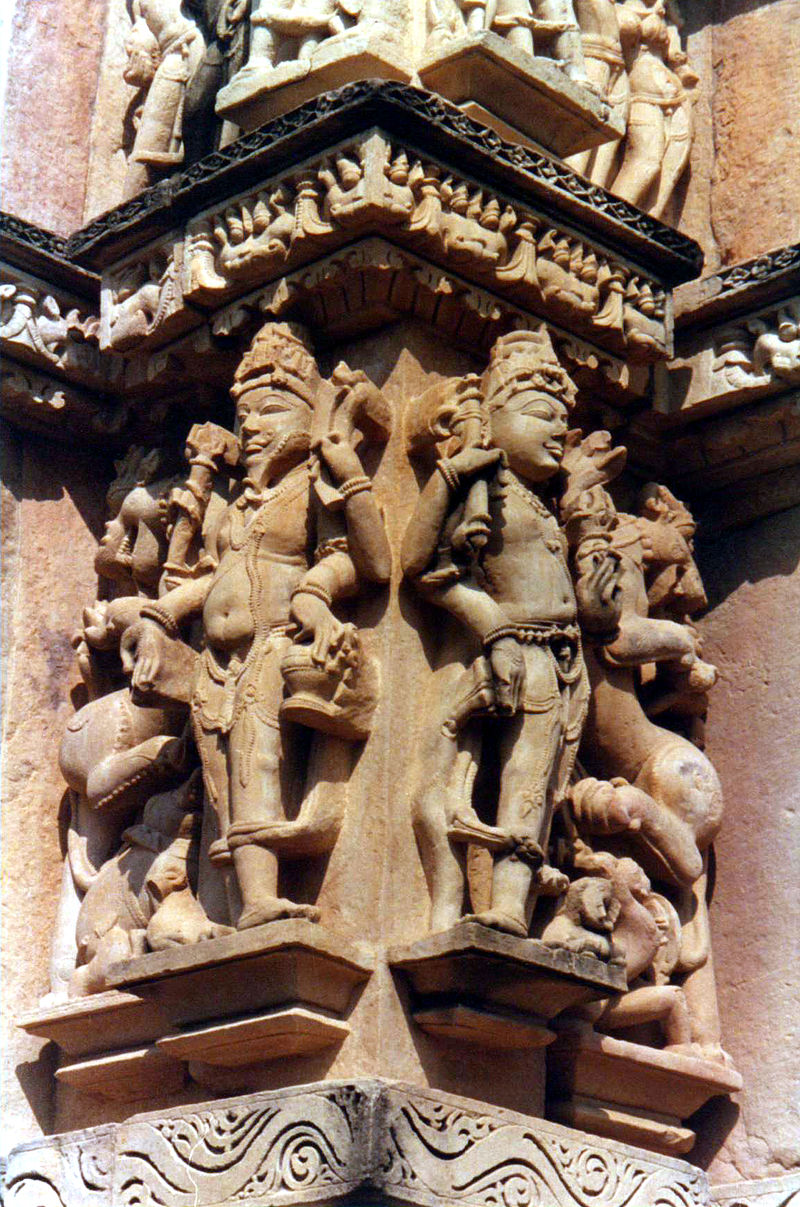 The Guardians of the Directions (Sanskrit: दिक्पाल, Dikpāla) are the deities who rule the specific directions of space according to Hinduism and Vajrayāna Buddhism—especially Kālacakra. As a group of eight deities, they are called Aṣṭa-Dikpāla (अष्ट-दिक्पाल), literally meaning guardians of eight directions. They are often augmented with two extra deities for the ten directions (the two extra directions being zenith and nadir), when they are known as the Daśa-Dikpāla.

In Hinduism it is traditional to represent their images on the walls and ceilings of Hindu temples. They are also often portrayed in Jain temples. Ancient Java and Bali Hinduism recognize Nava-Dikpāla, literally meaning guardians of nine directions, that consist of eight directions with one addition in the center. The nine guardian gods of directions is called Dewata Nawa Sanga (Nine guardian devata). The diagram of these guardian gods of directions is featured in Surya Majapahit, the emblem of Majapahit empire.

There are strong similarities between the concept of the guardians of the directions and the lore surrounding the Chinese four symbols, four ancestral spirits who are responsible for four of the cardinal directions (North, South, East, and West).

The names of the Dikpālas vary, but generally include the following – this table has been simplifed as the names vary:

The Guardians of the four cardinal directions are called the Lokapala.