Crowley set up a sort of commune based on ‘Thelema’ principles in Cefalu in Sicily, although  Mussolini's Fascist government expelled Crowley from the country at the end of April 1923.

The name was borrowed from Rabelais's epic Gargantua where the "Abbey of Thélème" is described as an ‘anti-monastery’ where the lives of the inhabitants were "spent not in laws, statutes, or rules, but according to their own free will and pleasure". The general programme included daily adorations to the Sun.

Thus Crowley understood the mystic significance of the Sun.  His Tarot cards also include all the symbolism of the sun as creator with the added zodiac symbols and butterflies [souls] as well as the symbolism of the moon, notice the moon pouring out ‘souls’ to the earth below, Crowley also incorporated the idea of the ‘tunnel’ [the one in death and near death experiences]. 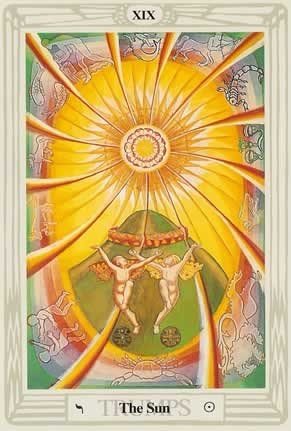 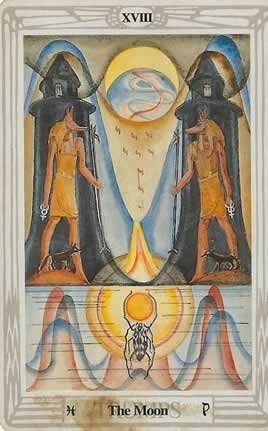