The Classic Quartet produced their best-selling album, A Love Supreme, in December 1964.

A culmination of much of Coltrane's work up to this point, this four-part suite is an ode to his faith in and love for God. These spiritual concerns characterized much of Coltrane's composing and playing from this point onwards—as can be seen from album titles such as Ascension, Om and Meditations.

The piece is made up of a progression of four suites. The names for each section are not on the original manuscript, but Coltrane eventually called them “Acknowledgement,” “Resolution,” “Pursuance” and “Psalm.”

In the manuscript, Coltrane writes that the “A Love Supreme” motif should be “played in all keys together.” In the recording of “Acknowledgement,” Coltrane indeed repeats the basic theme near the end in all keys, as if he were consciously exhausting every path. As jazz historian Lewis Porter, author of John Coltrane: His Life and Music, said:

"Coltrane's more or less finished his improvisation, and he just starts playing the 'Love Supreme' motif, but he changes the key another time, another time, another time. This is something very unusual. It's not the way he usually improvises. It's not really improvised. It's something that he's doing. And if you actually follow it through, he ends up playing this little 'Love Supreme' theme in all 12 possible keys.  To me, he's giving you a message here. First of all, he's introduced the idea. He's experimented with it. He's improvised with it with great intensity. Now he's saying it's everywhere. It's in all 12 keys. Anywhere you look, you're going to find this 'Love Supreme.' He's showing you that in a very conscious way on his saxophone. So to me, he's really very carefully thought about how he wants to present the idea. 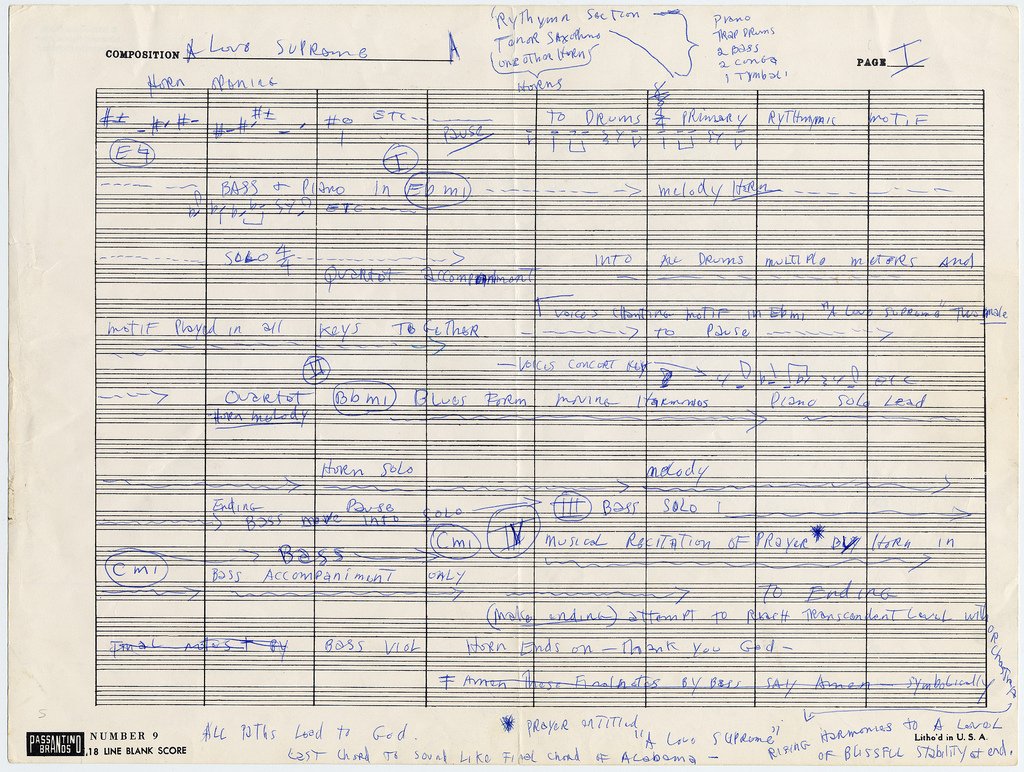 Believing in the spiritual world
Listening to music
LOVE