Mountains are important symbolically on Shinto and can also be the source of spiritual experience. Mount Fuji is the highest mountain in Japan at 3,776 m (12,388 ft) lying just west of Tokyo. Along with Mount Tate and Mount Haku, it is one of Japan's "Three Holy Mountains" (Sanreizan). It is an active volcano that last erupted in 1707–08.

The mountain is sacred to both Buddhists and Shinto religious groups. When Buddhism came to Japan in the 6th century AD, it adapted to an existing belief in sacred mountains by the Shinto religion. The Buddhists developed a ‘Nature Wisdom school’ that sought enlightenment by being close to mountains.

The ‘Order of Mountain ascetics’ (Shugendo) merged Buddhist and Shinto beliefs. As such Mount Fuji was originally the abode of a ‘fire’ god revered by Shintoists in the form of  the goddess Sengen-Sama, whose shrine is found at the summit. It was then named after the Buddhist fire goddess Fuchi.
The mountain is believed to be the gateway to another world.

The mountain was also sacred to the Ainu, the aboriginal inhabitants of Japan. 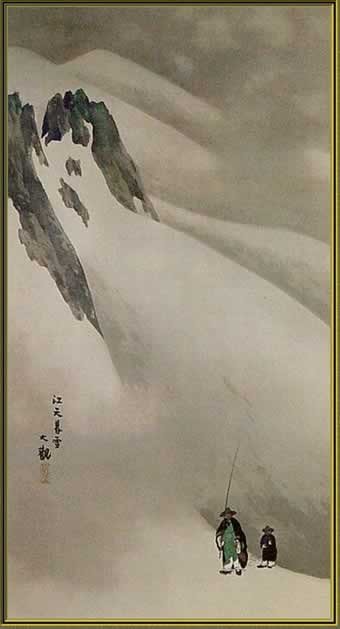