This is background information on Brennus, that enables me to show some of the symbolism in the pictures.

The Celtic Helmet from Satu Mare, Romania (northern Dacia), an Iron Age raven totem helmet, dated around 4th century BC. A similar helmet is depicted on the Gundestrup cauldron, being worn by one of the mounted warriors. See also an illustration of Brennus wearing a similar helmet 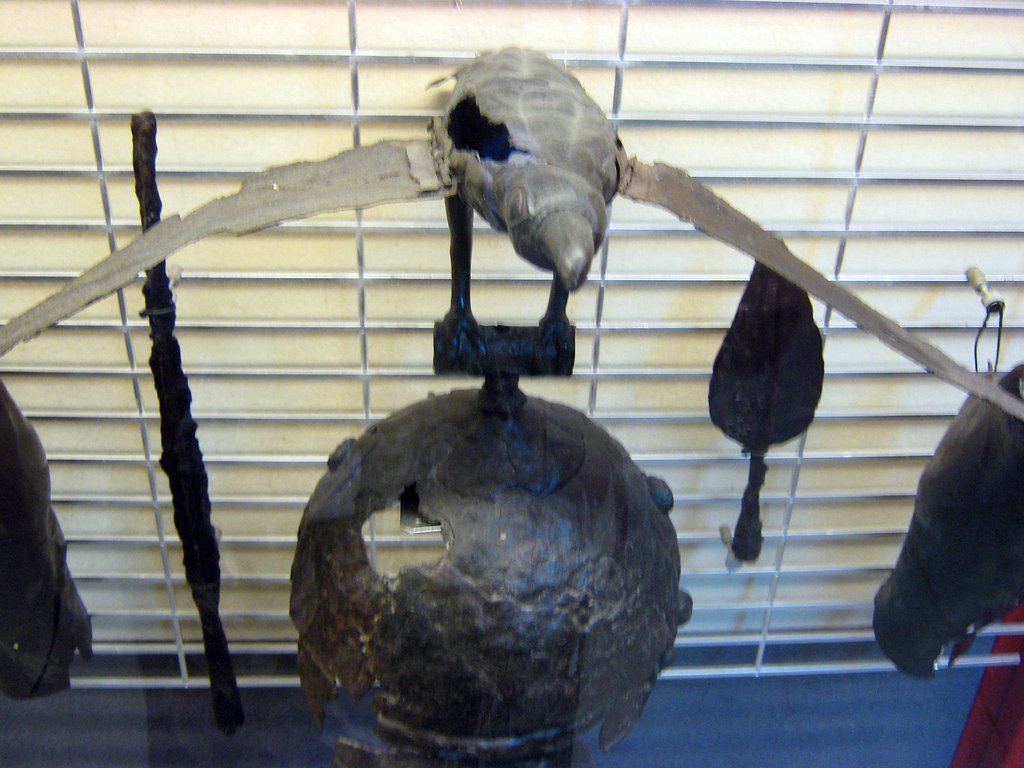 Brennus (or Brennos) is the name of two Gaulish chieftains famous in ancient history:

The recurrence of the name Brennus makes it possible that it was a title rather than a proper name. Some 19th century scholars connected the name with the modern Welsh word for "king", brenin, though Brennus and brenin have since been proven to be unrelated (brenin – earlier breenhin – being derived from the Celtic *brigantinos, meaning "(someone) pre-eminent, outstanding").

As early as the 12th century AD, authors such as Geoffrey of Monmouth (in his Historia Regum Britanniae were connecting the name Brennus with the Welsh personal name Bran meaning "Crow", though the similarity of the names is superficial and they are not likely to share a common linguistic origin.

Brennus carries off the movable wealth [sic] of Rome. Spoils of the Battle - Paul Jamin, 1893 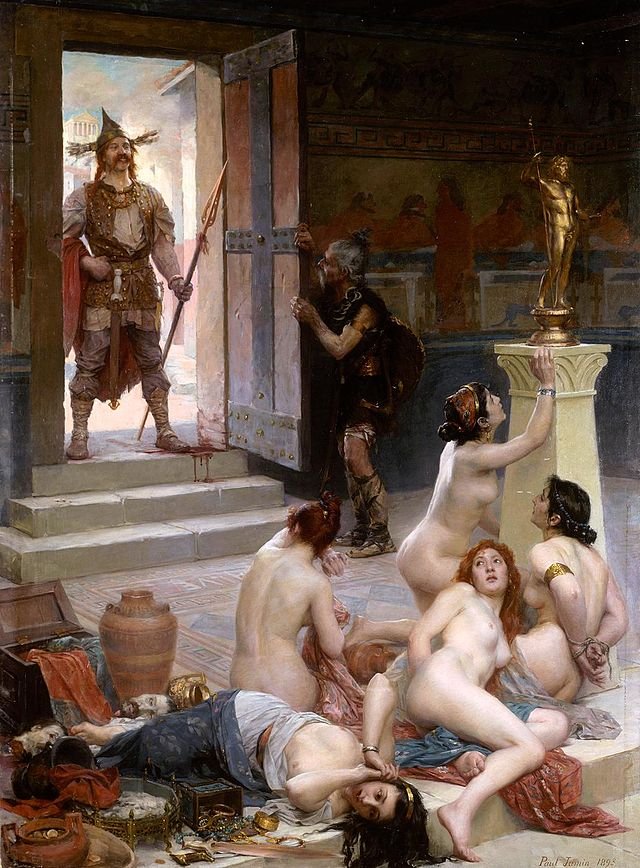