The phoenix on top of Kinkaku-ji temple, Kyoto, Japan 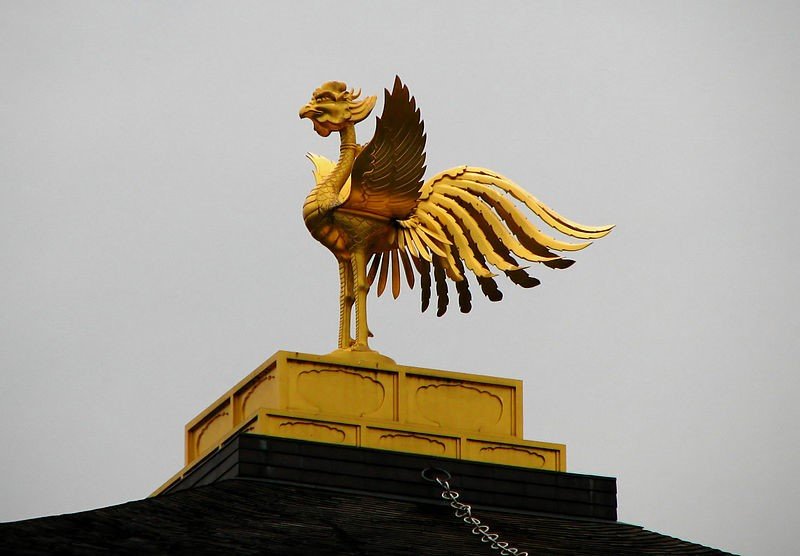 When the phoenix is fanning her funeral pyre, will there not be sparks flying?
Some millions of men will be affected by that high eddying flame, and like moths consumed there, incautious beards will get singed
For the rest, in what year of grace such phoenix cremation will be completed, you need not ask

The phoenix soars aloft, hovers with outstretched wings, filling earth with her music; or, as now, she sinks and with spheral swan song immolates herself in flame, that she may soar the higher and sing the clearer. 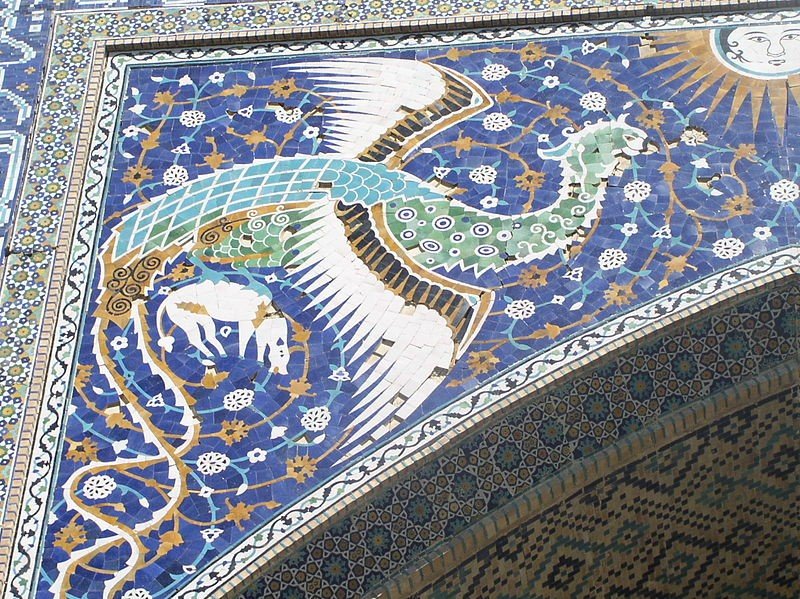 Phoenix on the portal of Nadir Divan-Beghi madrasah

"In the living subject," says he, "change is wont to be gradual: thus, while the serpent sheds its old skin, the new is already formed beneath.

Little knowest thou of the burning of a World-Phoenix, who fanciest that she must first burn out, and lie as a dead cinereous heap; and therefrom the young one start up by miracle, and fly heavenward.

Far otherwise! In that Fire-whirlwind, Creation and  Destruction proceed together; ever as the ashes of the Old are blown about, do organic filaments of the New mysteriously spin themselves; and amid the rushing and the waving of the Whirlwind-Element, come tones of a melodious Deathsong, which end not but in tones of a more melodious Birthsong. Nay, look into the Fire-whirlwind with thy own eyes, and thou wilt see."

The phoenix in the Summer Palace, Beijing, China 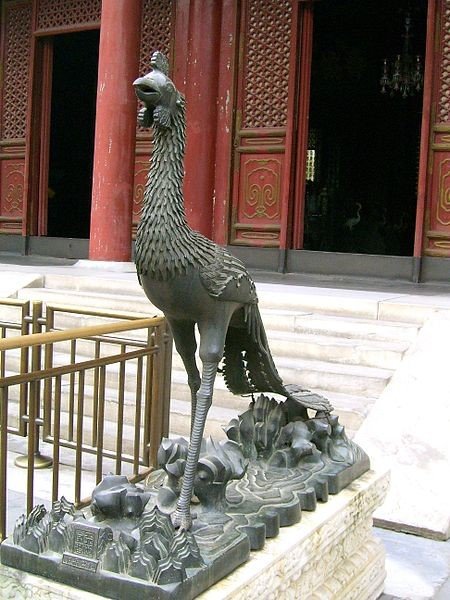