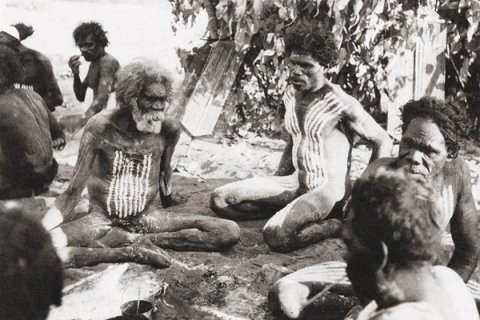 Along with the didgeridoo, the bull roarer is one of the key mechanisms of spiritual experience used by Australian Aborigines and used in ceremonies across the continent.

The [Australian] aborigines are divided into numerous tribes who have no chief or leader properly speaking, except the Crodgy or ‘wise man’ who…. is also the conductor of their ceremonies.

They endeavour to drive away the demons by whirling round their head an oval shaped board called moor-y-umkarr which is curiously ornamented and is suspended by a string. It produces an unearthly humming sound, sometimes soft, sometimes loud and roaring according to the force with which it is whirled. 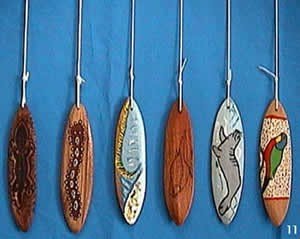 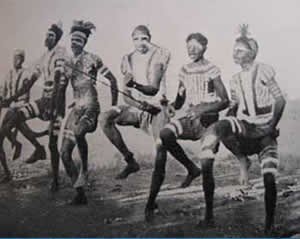 Myths and Legends of the Australian Aborigines – W Ramsay Smith

Suddenly from a distance of two or three miles there floats upon the still air the soft vibrating hum of a dozen or more bull roarers. Some of these are large – about 18 inches long, four inches wide at the middle and tapering toward both ends like a cigar. Some on the other hand, measure only six inches in length.

The volume of sound varies. Sometimes it will increase like the noise of a mighty wind and then gradually diminish into a moan like the voice of departed spirits in distress.

This performance lasts until sunrise on the following morning. Then there follows an interval of 2 hours, during which the tribes break their fast.

Fasting
Listening to sound and music