Beuys, Joseph - How to Explain Pictures to a Dead Hare 01 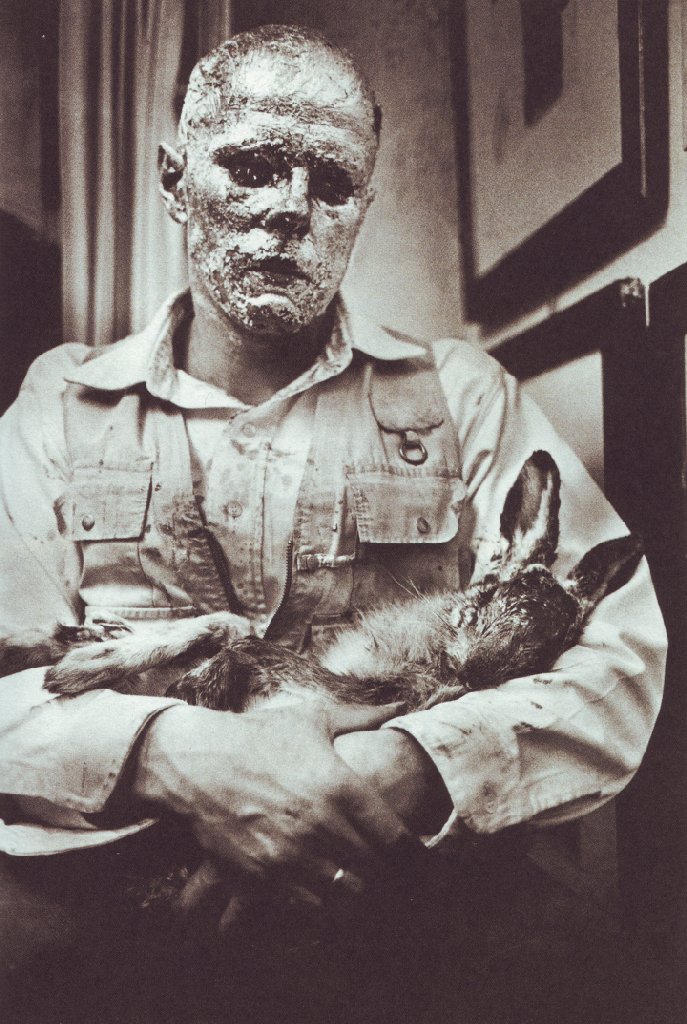 Beuys used honey prominently in two of his most well known artworks. The first was his three-hour 1965 gallery Action for the opening of his art exhibition at Galrie Schmela in Dusseldorf, How to Explain Pictures to a Dead Hare.

In this strange but curiously compelling performance, Beuys sat on a stool or walked about inside the closed gallery gesturing as he silently explained his artworks to a dead hare he cradled in his arm or let touch the pictures with its paw. Viewers could watch through an open doorway or a street-side window.

There they saw Beuys with his head covered in honey and gold leaf speaking to the hare. A felt sole was tied to his left shoe, an identical sole, except that it was made of iron, was tied to his right shoe, a leg of the stool was wrapped in felt, and under the stool was a "radio" constructed of modern electronic parts and animal bones connected to an amplifier. The felt was made of hare's fur and carried a warming, insulating effect. The accordance with Steiner's ideas, it was appropriate that the sole was attached to the more inner, receptive left side of Beuys's body, while the sole made of hard, masculine iron was attached to the more active, outwardly-oriented right side.