Robin Ironside - Escaping from the Hospital 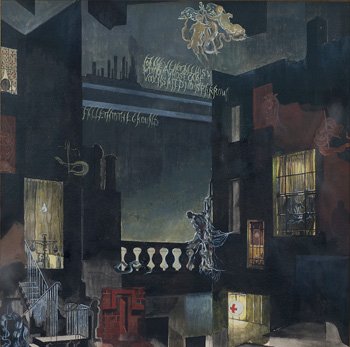 I started getting heavily involved in drugs in 1981, just after I'd gone up to university. I was using heroin, amphetamines, cocaine. I never got into heavy injecting; mostly I was smoking heroin. That enables you to stop going seriously downhill. And if you use a fair amount of amphetamine as well you can carry on working fine.

I was working all the way through, doing IT in a finance company, earning a fair bit of money. My employers knew what I was doing. They put me through treatment - unsuccessfully - in a rehab centre. Detox, and then 12-step. It took 10 weeks.

The clinic was a bit of a mild brainwashing technique. After three weeks I started up again. I was touring chemists in London and the Home Counties buying bottles of Collis Brown's mixture, drinking 10 to 15 bottles a day. That put me into hospital with pancreatitis. After that I started doing some serious research on the people who were doing the most interesting work in the drug field and Dr Brewer's name came up. I approached him, and he ended up taking me on. That was 13 years ago.

Just before that I'd been to an NHS DDU. It was utterly shambolic. You never know whether you're going to see the same doctor two times in a row. It was a singularly unsuccessful, unedifying experience. They couldn't manage my consumption any more than I could. The oral methadone just made me feel dead and anaesthetised, so I was still going out and scoring.

The Stapleford is the only place I've ever come across where you can go in and be absolutely honest. If I fell off the wagon slightly, I could tell them; they wouldn't like it, but they wouldn't punish me for doing so. And once you can be honest and the relationship has some kind of integrity, you feel bad about falling off the wagon yourself.

Because methadone didn't agree with me, I asked if they could put me on something different, so they put me on oral morphine. That enabled me to be maintained on a regular dose. I'm still on morphine and a small amount of dexamphetamine. The combination of those things enables me to go along without having to score any black market drugs. I haven't had to do that for years and years.

I collect my prescription once every two weeks. Because of the amount of time I've been with them, they were willing to go to a monthly prescription, but I've got used to a two-week prescription. The treatment works for me. I haven't scored anything for the past 10 years. I've been picking up every two weeks and it hasn't done me any harm. And I haven't been selling my scripts either.

I now work for an IT consultancy - 10am to 6pm, five days a week, and on weekends if we're really busy. It would be impossible for me to do that if I had to pick up a script every day. My employers are quite happy because of the quality of work I'm doing. I try to keep it hidden from clients, obviously. I administer the dose three or four times a day. I quietly creep off to the toilet. My habit now costs me £100 a week, most of that in prescription charges.

Dr Brewer has always kept on at me to take the detox, and I know I should do. I think by my mid-forties I'll have detoxed. I do think about it more and more.

I don't think I would have detoxed if I hadn't been receiving a maintenance supply: I would have ended up just scoring on the street and doing myself damage. Coming off drugs is a matter of growing up really, and getting to the point in your life where you think you can do better without them. And nobody or nothing can bring you to that point except yourself.