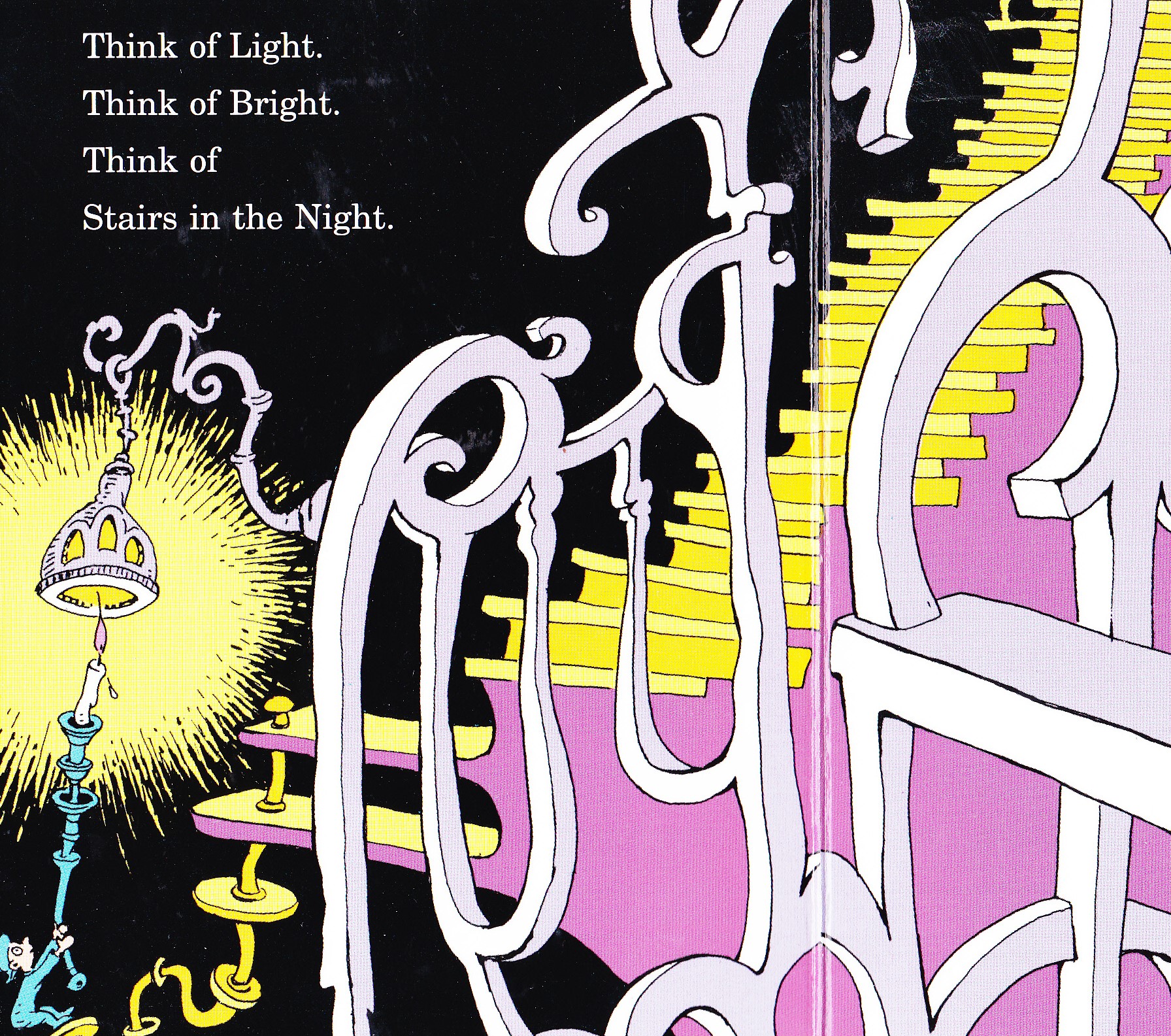 From The Private World of Dr. Seuss : A Visit to Theodor Geisel's La Jolla Mountaintop - May 25, 1986 Hilliard Harper Times staff writer based in San Diego

Illness has also slowed Geisel's literary output. Accustomed to turning out one book annually, he has published three in the last six years. Even so, he continues to maintain a disciplined schedule. After a 9:30 breakfast, he opens "The Office" and works steadily--with a break for lunch--until 5:30 p.m.

"Some days he's in a state of flux, on his back looking at the ceiling," his wife observes. Geisel calls that process "puzzling my puzzler." It is often interrupted by calls to and from his publisher, Random House (Geisel is also president of Random House's Beginner Books division). He conducts virtually all of his business by telephone from his mountaintop.

The La Jolla aerie is both workplace and retreat. Geisel and his first wife, Helen, moved there from Los Angeles in 1948. They built the home, which sits on 6 1/2 acres, around what he facetiously calls "a derelict observation tower used by the Marine Corps as a seduction chamber for innocent Maedchen ."

The tower, actually built by a real estate firm, is now part of the living room wall. In it are mounted stuffed Seussian creatures, often wearing horns of real animals--animals that died in the zoo Geisel's father ran in Springfield, Mass. Just off the study is a closet bulging with a collection worthy of Bartholomew Cubbins, the Seuss hero who owned 500 hats. And there may be that many here, ranging from an Ecuadorean fire chief's helmet to a top hat that Geisel swears was a gift from the Duke of Luxembourg.

Within a year of Helen's death in 1967, Geisel married Audrey Stone Dimond, a nurse about 20 years his junior. She and her ex-husband, a cardiologist, had been close friends of the Geisels. "The feeling was that at his age you grab for the gusto. You don't wait," Audrey said. "You don't think you have that much time. Now we've had 17 glorious years."