Both the Morning Star and the Evening star as symbols feature quite strongly in poetry and paintings and in all mystical and spiritual systems.

The Alchemists refer to the Morning Star by its alternative name Phosphorus, light bearer and Lucifer. Thus there is no connection with the Devil, nor is Lucifer a 'fallen angel'. It is a spirit of the Morning star, a person who has come down onto the physical level in order to 'shed light' or illuminate, quite a sacrifice really. 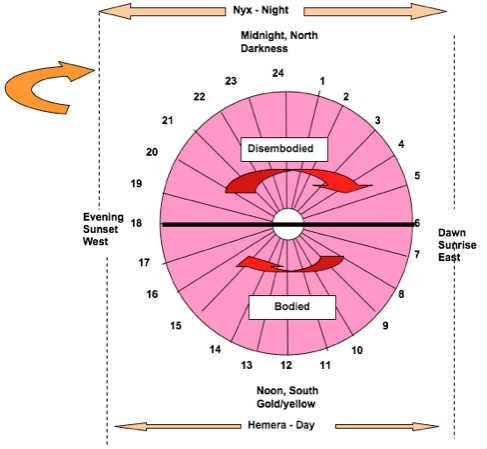 He is the son of the dawn goddess Eos (Roman equivalent: Aurora)

Hesperus' father was Cephalus, a mortal, while Eosphoros' was the star god Astraios.