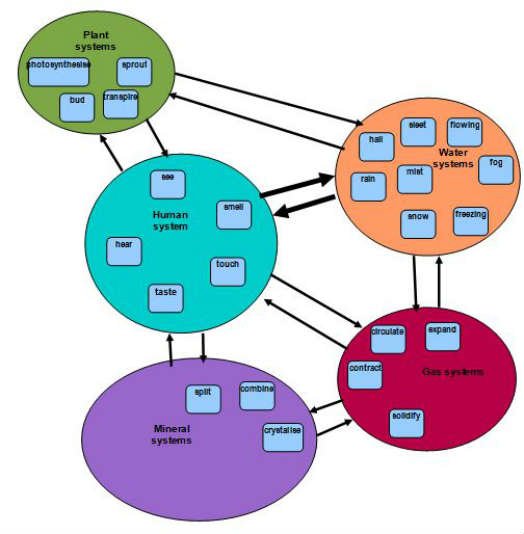 An event is the completion of a function belonging to one Aggregate, that is broadcast or directed to other aggregates.

Thus an event is an output from the function of an Aggregate that needs to be received by other aggregates.  This communication may take place at the 'physical level' in that some physical medium is used to 'carry' the message.  The message [output] is still spiritual in nature, but an electrical or chemical medium is used to transport it.  For example our stomach [aggregate] might feel functionally full and signals this fact via the physical medium of nerves to our brain and thence the function of the mind.

If we get a bit of fluff up our nose, for example,  a chain reaction of functions is started, one of which might result in physical action and we sneeze involuntary.  Similarly if we cut ourselves [physical action – the event],  a whole series of functions may be actioned that trigger our immune system, our blood clotting function and so on.

Analogously, it is like a computer, where we press the keyboard or the mouse button [the event] and this actions a series of software functions.

Defined classes of event that are known to trigger a set series of predictable and ordered functions are known as ‘Spells’.  A spell can trigger Transactions and thus Songlines