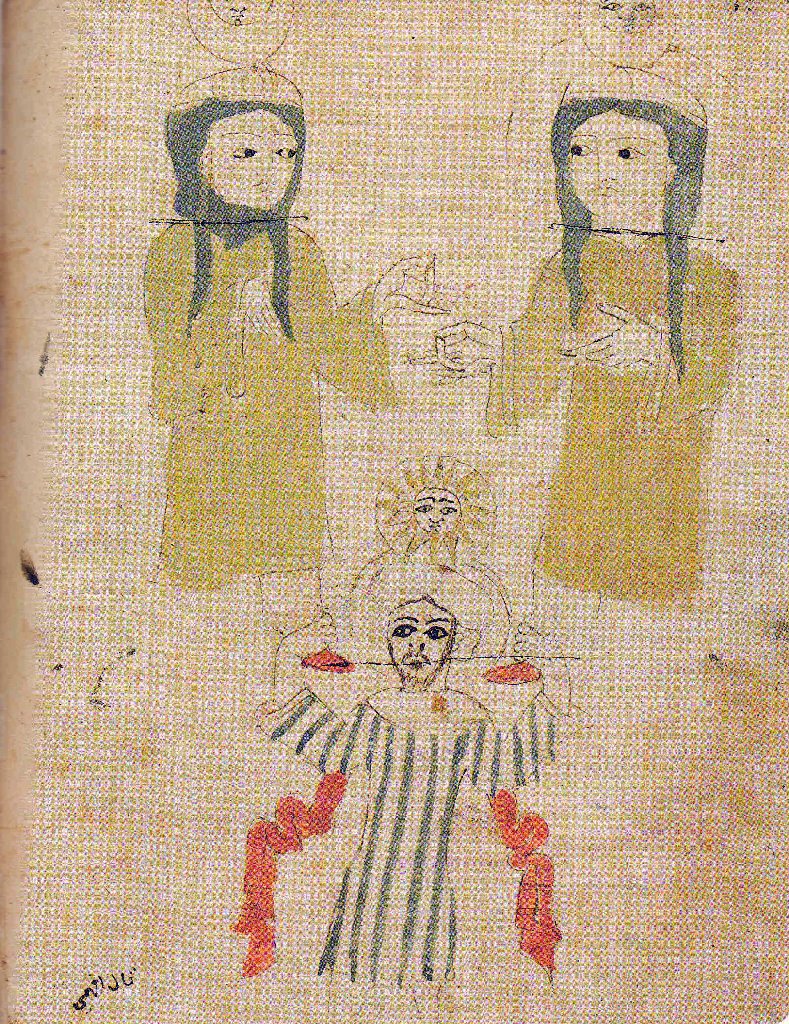 from Zosimos of Panopolis  - The Mushaf as-suwar Book of Magnesia

Bilocation, or sometimes multilocation, is a form of out of body experience, whereby the person’s Higher spirit is able to ‘multi-task’ and thus appears in more than one physical place at once.  It appears to be a skill only available to those who have advanced a great deal on the spiritual path.

Examples of bilocation appear in all the mystic systems for example the Greek, Kabbalistic, Sufi and Hindu/yoga systems, as well as in shamanism, and magic.  In Hinduism, it is one of the siddhis.

Several religious figures have historically claimed bilocation. In 1774, St. Alphonsus Liguori claimed to have gone into a trance while preparing for Mass. When he came out of the trance he said that he had visited the bedside of the dying Pope Clement XIV.  But this is a simple out of body experience not bilocation.

The problem with bilocation is that it is often confused with a combination of out of body and hallucinations on the part of other people.  In effect a person has an hallucination or dream of someone [which supplies one supposed siting], whilst the person concerned genuinely goes out of body to another location.  This is not bilocation.  True bilocation is extremely rare because splitting the Higher spirit into two or more for the purposes of multiple visits, is a skill few acquire and it is generally confined to those who have achieved annihilation and become ‘gods’.

Once the out of body state has been achieved and the Higher spirit split, the person may then ‘possess’ another body to achieve an action.  Thus some cases of bilocation are experienced by the receiver as a visit by a stranger who acts like the bilocator.