This technique was part and parcel of the lives of the North American Indians and Siberian shamans.

The term steppe is used to designate montane grasslands, shrublands, temperate grasslands, and savannas without trees in Siberia. The word is derived from the Russian:  степь, which translates as step. It may be semi-desert, or covered with grass or shrubs or both, depending on the season and latitude. What tends to mark it out is the monotony of the landscape.

The term may also be associated with the climate encountered in regions too dry to support a forest, but not dry enough to be a desert. Steppes are usually characterized by a semi-arid and continental climate. Extremes can be recorded in the summer of up to 40 °C (104 °F) and in winter, –40 °C (–40 °F). Besides this huge difference between summer and winter, the differences between day and night are also very great. In the highlands of Mongolia, for example, 30 °C (86 °F) can be reached during the day with sub-zero °C (sub 32 °F) readings at night. 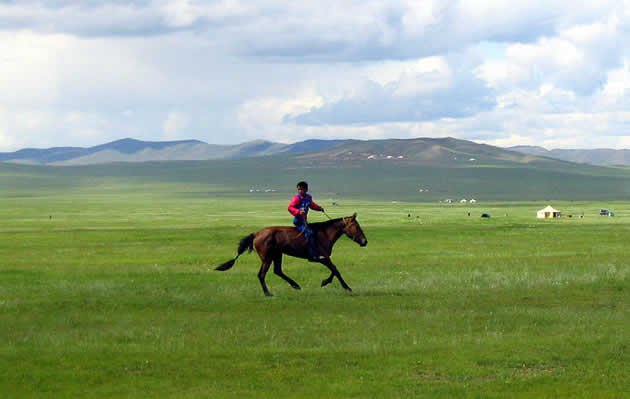 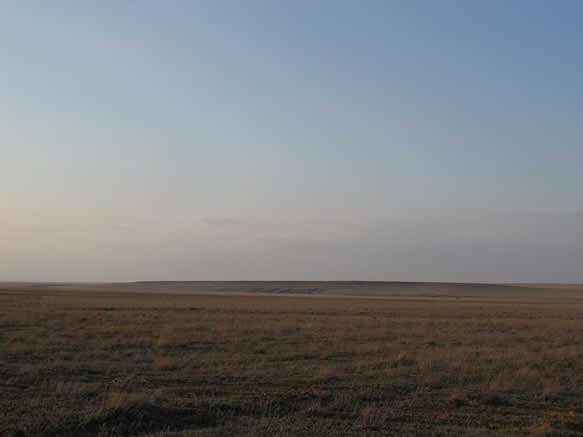 The world's largest steppe region, often referred to as "the Great Steppe", is found in southwestern Russia and neighbouring countries in Central Asia, stretching from Ukraine in the west through Turkmenistan, Uzbekistan and Kazakhstan to the Altai, Koppet Dag and Tian Shan ranges.

I have provided other examples of landscapes conducive to sensory deprivation – such as deserts and snow fields, but grass lands or the prairies [it could equally well be vast fields of wheat without boundaries or landscape features] are not only particularly conducive to experience, they are benign environments and by being less hostile and easier to get to they are a practical proposition for more people.

They should, as far as possible be flat, have little or nothing in the way of landscape features, and be of a monotonous colour – green, yellow and so on, as far as the eyes can see. 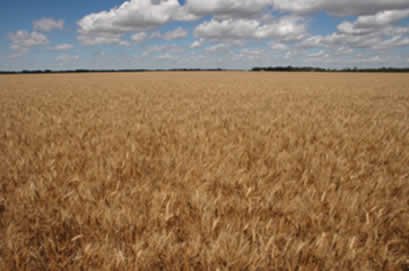 Such landscapes exist in numerous countries.  In the UK, for example, we have the fen lands of Lincolnshire and Cambridgeshire and the Netherlands has its reclaimed land.  So these landscapes are relatively easy to find in most countries, you don’t have to go far to find them.

You have the one monotonous colour with the added advantage that if the wheat or grass is swaying there is a movement that is in itself mesmeric.

As long as they are not harvesting, the only sound will be that of the wind.  In these vast ‘deserts of vegetation’, there are often very few birds.  Birds like trees and meadowland and varied landscape. Thus we have a lack of stimulus for the eyes and the ears.  And there is also a lack of stimulus from smell and taste. If you get any smell at all it will be the one smell, which after a while you will no longer notice.

In effect – as long as you pick your landscape well -  grass lands and vast wheat fields or prairie landscapes are capable of being places of high levels of sensory deprivation.   The only problem may be the sky, which is often in these landscapes particularly striking.  You would need to keep your eyes down and not get diverted by the sky – unless of course it was a clear blue.

Given that all these places tend to be within easy reach of ‘civilisation’ – human habitation, you should feel no threats and it should be relatively easy to make yourself comfortable here with warm clothes or cool clothes, comfy chairs and so on.  It should be possible to be both mentally isolated and physically isolated, without the more threatening physical isolation that comes from being in the desert, for example.